President highlights climate change in attack on killing of Mass-goers 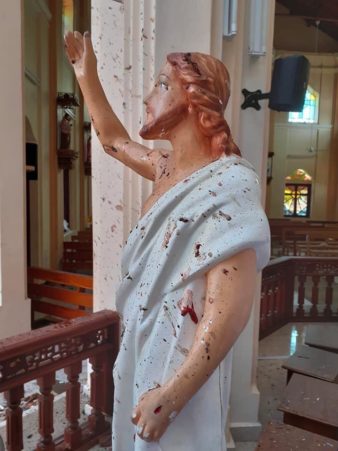 President Michael D Higgins has condemned an attack on a Catholic Church in the southwestern Nigeria that left dozens dead and as many more wounded, but also said that climate change may have been a factor at work.

Reports vary on the number killed with some putting the total at more than 50, with the local hospital starting to run short of supplies needed to treat survivors.

Assailants attacked the congregation with guns and explosives during a mass to celebrate the feast of Pentecost.

In a statement, President Higgins said that such an attack was made in a place of worship “is a source of particular condemnation”. He also condemned “any attempt to scapegoat pastoral peoples who are among the foremost victims of the consequences of climate change”.

Authorities have given no information about the identity or motive of the attackers. Many attacks on Nigerian Christians are carried out by Islamists.

Some Owo residents and one Catholic bishop have suggested that the attack may be linked to conflict between nomadic ethnic Fulani herdsmen and local farmers over land use.

Fulani terrorists are regarded as responsible for tens of thousands of deaths in Nigeria since 2009, most of them Christians, but also Muslims from farming communities in Nigeria’s northwest.

The violence has moved further south in recent years, with the Pentecost attack – if it was perpetrated by Fulani terrorists – being one of the southern-most acts of Fulani terrorism.

In recent months, other Nigerian churches have been attacked by Fulani terrorists, with parishioners either being kidnapped or shot by terrorists.