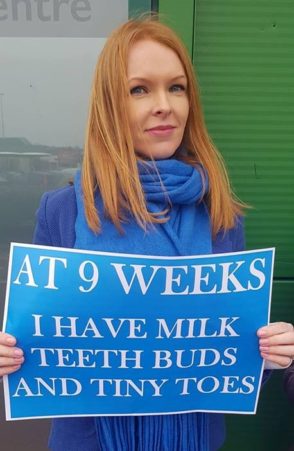 A senior police officer has said that competing human rights must be balanced in the enforcement of proposed exclusion zones around abortion clinics in Northern Ireland. If introduced, they would mean a ban on pro-life vigils outside abortion facilities. A similar proposal exists in the South.

She said the right to respect private and family life would apply to clinic staff and those accessing abortions, while those protesting could argue rights to freedom of thought, conscience and religion as well as freedom of expression and assembly.

She also said she felt it would be naive to think enforcement of the legislation if passed would not be subject to legal challenge.

Chief Supt Jones suggested that most of the protest gatherings are “fairly compliant” and enforcement could fall to street wardens or other statutory resources.