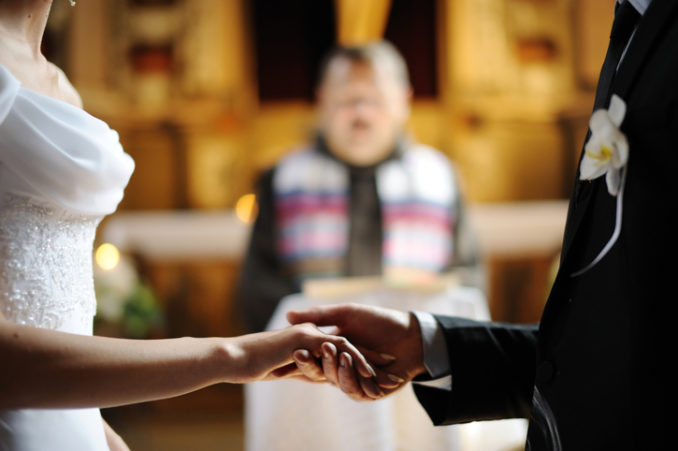 Thousands of Irish people continue to avail of the services of the marriage agency of the Catholic Bishops, but the number is falling.

Bishop Denis Nulty of Kildare and Leighlin unveiled the 2019 figures for Accord Catholic Marriage Care Service on Tuesday.

Nearly 15,000 people attended their Sacramental Marriage preparation courses, and 24,000 sessions of marriage and relationship counselling were provided for individuals and couples. However, both figures show a decline from previous years.

The number of Catholic weddings has been dropping steadily in Ireland for decades, with next year due to be the first on record where non-religious weddings outnumber Catholic ones. Under 4 per cent of marriages were non-religious in 1990, whilst over 93 per cent were Catholic. By 2018, the number of couples choosing a non-religious ceremony had climbed to 39 per cent, with only 48 per cent choosing to enter into a Catholic marriage.