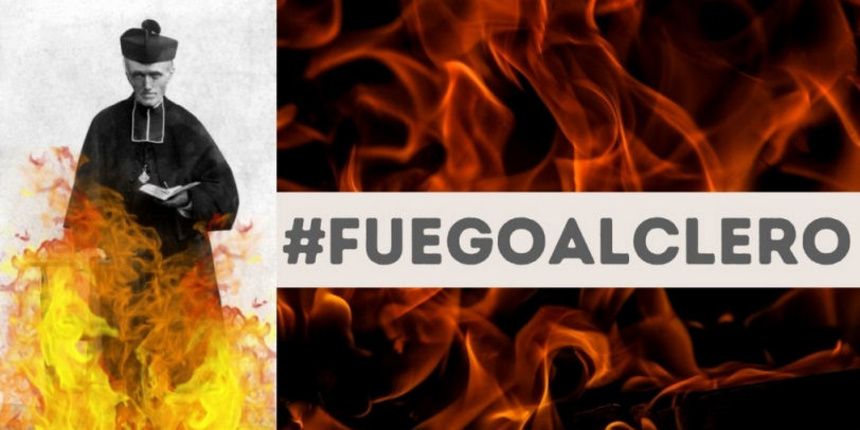 A trending hashtag on social media in Spain called for Catholic priests to be burned alive.
The posts were not removed for violating rules against calls for violence.
The invitation to #FuegoAlClero, or set fire to the clergy, was first issued by several pro-Marxist accounts, originally in defense of a bill to reform Spain’s education system that would put the state in control of religious instruction in public schools and limit support for thousands of Catholic schools, which could lead to their closure.
However, the trending topic was accompanied by calls to burn down churches because “the only church that illuminates is the one that is in flames,” signed by “the daughters of the witches you couldn’t burn.”
By Tuesday evening, Twitter had done nothing about the tweets, despite thousands of users complaining the hashtag was inciting hatred and a direct violation of the company’s rules against “violence, harassment and other similar types of behaviour.”