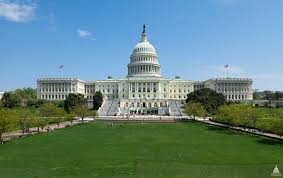 The US Senate voted against an abortion rights bill yesterday as some pro-choice legislators objected to the lack of conscience protections for institutions such as Catholic hospitals.

In a largely symbolic effort in response to the Supreme Court’s draft opinion overturning Roe v. Wade, the Senate voted 51-49 against a bill that would have gone far beyond the current abortion regime and made the procedure largely available throughout nine months of pregnancy.

Pro-choice Republicans, Senators Susan Collins and Lisa Murkowski, had proposed their own narrower legislation that would have codified the current Roe v Wade regime.

They objected to Wednesday’s bill put forward by Democrats as too broad and raised concerns about the bill not including a so-called conscience clause, which would allow providers to refuse to perform abortions for religious or moral reasons.

“It supersedes all other federal and state laws, including the conscience protections that are in the Affordable Care Act,” said Collins. She added, “It doesn’t protect the right of a Catholic hospital to not perform abortions. That right has been enshrined in law for a long time.”