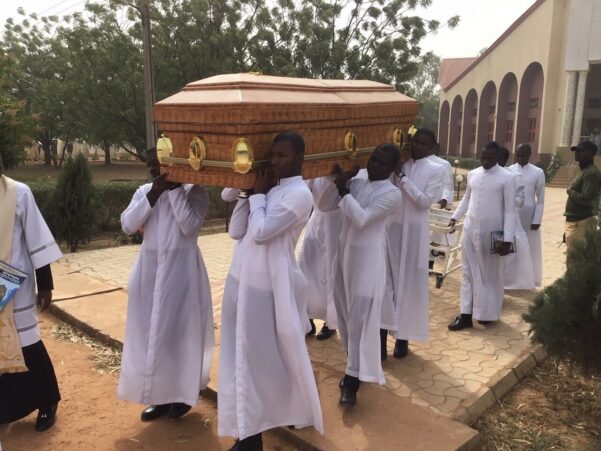 Nigeria is at risk of following the fate of Afghanistan and being overrun by Islamist insurgents unless the West acts firmly to prevent terrorist violence there, an African bishop told British politicians.

Bishop Jude Arogundade of Ondo, Nigeria, said the Christians of his country are suffering persecution so intense that it bordered on genocide.

He made his remarks at the launch in London of “Persecuted and Forgotten? A Report on Christians Oppressed for Their Faith 2020-22,” which was compiled and published by the British branch of the pontifical foundation Aid to the Church in Need, which helps persecuted Christians.

“The Catholic Bishops’ Conference of Nigeria has spoken against the unprecedented insecurity situation in Nigeria repeatedly but to no avail,” he said in a Nov. 16 speech in a committee room of the Houses of Parliament.

“We have walked for life, protested and even called the President (Muhammadu Buhari) to resign if he is incapable of fulfilling the basic purpose of government — the security of lives and properties of citizens. Even at that, nothing has changed,” he said.

“With 3,478 people killed as of June this year and the increased cases of terror thereafter,” he said he strongly wished to appeal to the U.K. government and “all people of goodwill to compel the Nigerian government to stop the genocide.”