Our silence about the persecution of Christians 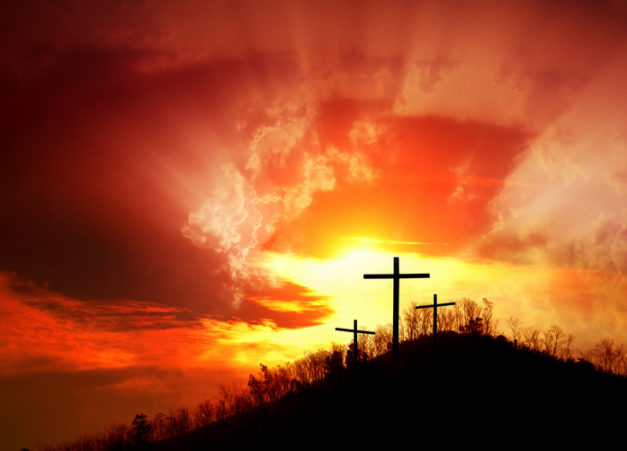 The bombings at churches and hotels in Sri Lanka at the weekend has grabbed the world’s headlines. But out of sight and out of mind, persecution of Christians and other religious minorities is now all too commonplace and underreported.

For example, a couple of weeks ago in Qianyang, China, a pastor and his parishioners watched in distress as their newly constructed church was razed to the ground by order of the government. This was not a story to reverberate across the world’s news platforms. It was not a story to trigger a chain of online reaction from the great and powerful.  There was nothing very singular about it in fact. It is just one such instance of the systematic oppression and persecution of faith communities in China.

Christians may not fare any worse in China than other faiths, but they suffer far greater persecution in many other parts of the globe including the ancient heartlands of Christianity. They are not the only targets they are by far the most numerous and their suffering does not elicit the same pitch of global denunciation and solidarity as the suffering of other minorities. They are victims of the most appalling acts of sadistic savagery in Iraq, Iran, Pakistan, North Korea, Egypt, Central Africa and now Sri Lanka but the world appears largely unmoved.

For one thing we don’t get to hear a lot about it. It is on a scale of barbarity that is difficult and painful to put into words for those who want to raise it. From time to time however reports of demonic brutality like the burning alive of a young couple in Pakistan because verses of the Koran were found among waste paper they had been burning find their way into mainstream outlets. But that report didn’t include the worst part of all, recently revealed by Lord David Alton in his address titled ‘Invisible Victims and Religious Freedom’, to the Danube Institute Conference in London, which was that the children of the couple were forced to witness the horror. We often say ‘there are no words….’ but here we are way beyond the reach of language and understanding. Even feeling is cauterized. There is nothing to utter but a primal wail. A wordless, unanswerable ‘why’. The darkest, bleakest fantasies of Dostoevsky’s Grand Inquisitor don’t come this far. This type of horror is the constant rarely reported lot of some Christians in many countries according to Lord Alton and the US organization, Open Doors, that monitors the persecution of Christians across the world.

Extremism has tainted religion and politics alike. It is neither left wing nor right, progressive nor traditional. It has neither ethnicity nor denomination.  It is a mark both of the unchallengably powerful and the disempowered with little to lose. Most people, however, particularly in todays’ pluralist and mobile world, want no more than to live their lives in peace among those who do not share their convictions. Settling scores against old foes when the balance of power shifts is one of history’s main storylines. So is the fear of significant or growing minorities who threaten established hegemony.  We all know there has to be a better way than repeating the destructive cycles and patterns of the past.

Enlightened solutions to age old ethno-ideological conflict are proposed under mantras like multi-culturalism, inclusivity and diversity.  But multi-culturalism in practice can mean flattening differences to a baseline that works for the dominant group. In France the policy of ‘laicite’ means that religious signifiers like hijabs and conspicuous crucifixes are not allowed in schools.  They may also be banned in the workplace at the discretion of employers under a European Court of Justice ruling in 2017. Such rules and restrictions are dead letters to those with no religious affiliation.  For that reason such laws may be said to be discriminatory in that they favour the dominant group.

There are more important marks of identity than outward symbols.  In Ireland, divestment of Catholic denominational schools means in practice their secularization.  Faith formation is not a subject that can be relegated to the status of an after-school activity in the way children opt in or out of ballet or piano when the day’s lessons are over.  Nor is it to be confused with the study of the world’s religions. Faith as the old adage says is ‘caught not taught’. It is formation in a belief and ethical system that takes place primarily in the home but optimally supported by a sympathetic school ethos especially in the early years of education.  Social and cultural diversity is undermined through a reductive process of negotiating a common cultural idiom in public life, relegating group identities to the private sphere. The Universal Charter of Human Rights in defending freedom of belief and religion specifically includes the right  ‘to manifest belief or religion in teaching, practice, worship and observance’.

Living in a genuine multi-cultural society demands tolerance. Tolerance, rightly understood, demands putting up with what we disagree with, what we disapprove of and not infrequently with what offends or critiques our values and choices. The lack of tolerance for the counter-cultural norms of Christianity and its strictures may well account for the lack of public interest in the often brutal persecution of Christians overseas. The watchmen have chosen to look away. They have a responsibility to do otherwise, and to act, otherwise they will be held to account at the bar of history.