Pain-relief must be compulsory for late-term abortions 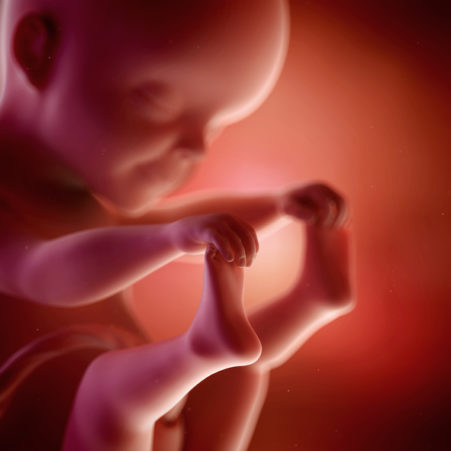 A group of pro-life TDs has presented a Bill that would require doctors to give pain-relief medication to a foetus before it is aborted.

There is scientific evidence that babies in the womb can feel pain. In fact, it would be stunning if beyond a certain stage of development, a foetus, being a living human being, could not feel pain. Recent studies suggest that this can happen as early as 13 weeks.

Pain-relief medication is routinely administered as standard medical practice by foetal surgeons who operate on unborn babies but there is no such requirement for abortions.

The Bill, presented by the Life and Dignity Group and other pro-life TDs, requires the administration of anaesthetic or analgesic to a foetus that has reached or exceeds 20 weeks of pregnancy, or when it is likely that it will suffer pain.

This is similar to an amendment proposed when the current abortion legislation was debated in the Oireachtas in 2018. At the time, Minister for Health, Simon Harris rejected the proposal on the basis that such provisions should not be in primary legislation but rather in the medical guidelines.

Minister Harris said: “I cannot write the clinical guidelines, … our clinicians know how to carry out procedures and operate in an ethical manner in accordance with the Medical Council. I have absolutely no doubt about that. Our doctors go into hospitals every day to ease pain and I have no doubt that all these issues will be considered when the clinical guidelines are being drawn up. What we cannot do in this House is don the white coats and the stethoscopes and become obstetricians and gynaecologists. We are policymakers. Pain relief and care pathways come from doctors, not politicians.”

But Minister Harris is wrong for two reasons. Firstly, the onus on veterinary doctors to administer pain relief to animals when performing procedures is covered in primary legislation and so there is no reason why similar provisions cannot be put in place with regard to human pain. Animals are treated better than unborn children.

Moreover, three years after the abortion referendum, no guidelines appear to have been issued by any hospital or professional medical body in Ireland that prescribe foetal pain relief in case of abortions. This is why this Bill is necessary.

The guidelines issued in January 2020 by the Institute of Obstetricians and Gynaecologists in Ireland do not mention pain relief to the baby when presenting the various types of abortion procedures.

When presenting the Bill to the Dáil, Deputy Carol Nolan said: “The infliction of unnecessary or avoidable pain on human beings, especially those with no capacity to resist, is something that all compassionate societies should seek to avoid. Thankfully, in most areas of modern medicine, this principle is routinely adopted in practice. This is why medical ethics require that surgical procedures, both routine and major, are carried out with the use of anaesthetics and analgesics, except in extreme circumstances where this is not possible.”

After being introduced on the 12th May, the Pain Relief Bill is now before Dáil Éireann and it will be debated after the Summer recess at the earliest.