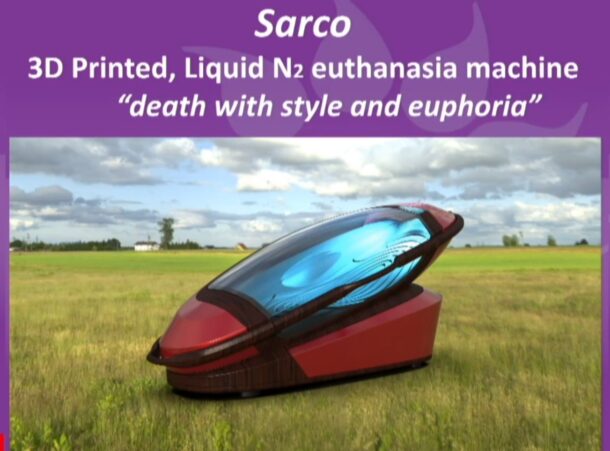 Exit International, one of the most radical pro-euthanasia organisations in the world, has launched an Irish branch. They want almost no limits on euthanasia/assisted suicide. They believe that any adult who wishes to kill themselves, and is mentally competent, should be facilitated in doing so. The person doesn’t have to be sick, let alone terminally ill. They only have to find their life ‘unbearable’, a tremendously subjective term.

People who oppose the so called “right-to-die” always warn of the slippery slope. They say once permitted in limited circumstances, assisted suicide is normalised and demands grow that it be made available on ever wider grounds.

Exit Ireland is led by Tom Curran, the partner of the late ‘right-to-die’ campaigner Marie Fleming, who has been their Europe coordinator since 2010. Two years ago, he told the Sunday Independent that assisted suicide should be offered to people with mental illnesses.

Will the Irish campaigners who say want assisted suicide only for the terminally-ill, and insist there is no slippery slope, now decry Exit International and its aims? If they mean what they say, they should.

The Exit Ireland website links to the ‘Peaceful Pill Handbook’, which provides information on how to kill yourself. The latest version of the Handbook focuses on the Sarco euthanasia pod. ‘Sarco’ (short for sarcophagus), is described as “an exciting futuristic project”. It is a coffin-shaped machine that releases deadly nitrogen once activated from inside. Its use has been approved in Switzerland, where facilitating suicide is legal.

What do Irish supporters of assisted suicide think about this? They have been silent so far.

The machine was developed by Philip Nitschke, one of the founders of Exit International. Nitschke, referred by the media as “Dr Death”, is a medical doctor who left the profession in his home country after the South Australian Medical Board imposed restrictions on his activity, including a ban on offering information on lethal sedatives to patients.

In the past, Philip Nitschke has held suicide workshops in Dublin organised by Exit International.

It is incredible how the public debate can move so swiftly from seeking assisted suicide only for the terminally ill, to demands that it be granted to anyone of sound mind who wants it. The launch of Exit Ireland confirms that the slippery slope flagged by prolife campaigners in the past was not scaremongering but an easily predictable development.