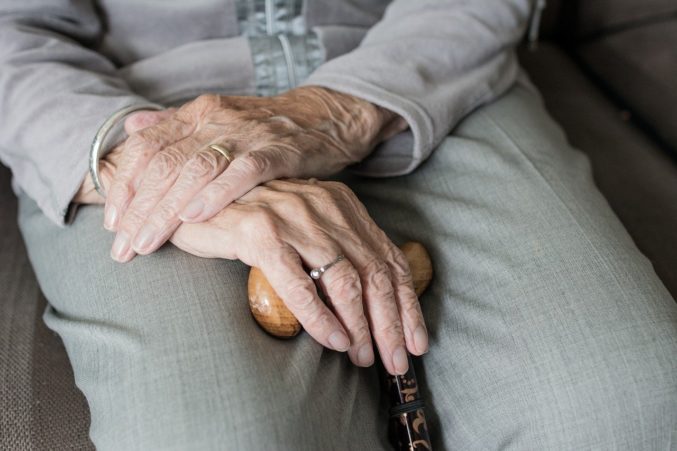 It has been reported that some hospitals in the west of Ireland have been told to employ a point system to determine who should be sent to ICU during the Covid-19 crisis, and one of the criteria is age. If you reach exceed eight on this scale, you are not being admitted to ICU. According to the reported, which appeared in The Sun, simply being over 80 means that the person has seven points to start with, just two shy of the cut-off point.

The document is not available to the public but, if the report is accurate, this point system is totally unacceptable from a moral point of view. The elderly shouldn’t be sacrificed just because of their age.

Let’s explore in more detail what is wrong with age-based restrictions.

Life is getting longer in our western societies. The allocation of resources is something that must be carefully weighed not only during emergency situations, such as the one we are experiencing at the moment, but also in ordinary time.

The debate is not whether often scarce resources are to be rationed, as this is inevitable, but how to ration them according to justice.

When the state determines the kind of resources to be available, this, in turn, has an impact on the nursing homes or the hospitals, and consequently on the carers (physicians, nurses, etc.). At all levels, decisions have to be made on who will be favoured and who will not.

Our values, and what type of society we want to promote, will determine the status of older people and their worth.

Favouring one demographic sector of the population inevitably has consequences on other age cohorts. Some could say that giving to the elderly means to take from the youngest. If we think merely in terms of costs and benefits, elderly health care represents an investment of scarce resources with few returns.

Waning productivity in the later years of life cannot be a sufficient reason to curtail resources for the elderly.  Rationing our healthcare resources must not be done using age as the main criterion.

This utilitarian principle can be easily extended to other vulnerable groups, such as people with disabilities, as they are also perceived more as a burden than for their intrinsic dignity.

A more moderate version of this approach would claim that age-based rationing implies not the complete withholding of medical treatments from older persons. Instead, it is only when a conflict arises that age should come into consideration.

For instance, when there is only one ventilator available and two patients need it, it should be given to the person with more years of life ahead of them.

This conclusion is based on a more subtle argument that has been defended by some bioethicists.  All things being equal, they say, a treatment should be offered to the person who has more potential of a longer life.

The common mistake in all these approaches is that patients are not assessed according to their medical needs but according to other characteristics.

Age is not necessarily an indication of a medical condition. There are 80 year-old marathon runners.

Obviously, age has to be taken into consideration in a clinical assessment as it is an element to evaluate the potential of recovering. But this is the only potential that matters, instead of the hypothetic “potential of longer years”.

Age matters, to a certain extent, in determining which life has more chances to be saved, but not in deciding what life is more or less worth saving.

Favouring those with more potential of recovering is based on medical principles, favouring the youngest simply because of their age is unjust discrimination.

Age is an unreliable clinical outcome predictor and to give it such a disproportionate role, as in the document reported by The Sun, is only a sign of prejudice.

Rather than give such weight to a person’s age as the reported system seems to do, it would seem to make more sense to give more weight to underlying conditions such as respiratory or heart problems. In this way, age is not such a big consideration.

The recurring theme in all of those who defend age-based rationing hangs on defining the value of an elderly person’s life in future terms. The Christian tradition tells us that all life is sacred and deserves protection from conception to the end, no less when the end is closer.

Deliberately denying treatment to some individuals who might benefit from, simply because of their age, is an unacceptable form of discrimination.

It is a terrible form of injustice that targets the most vulnerable sector of the population and it fosters the growing trend of disrespect towards them, which is also behind the push for euthanasia.