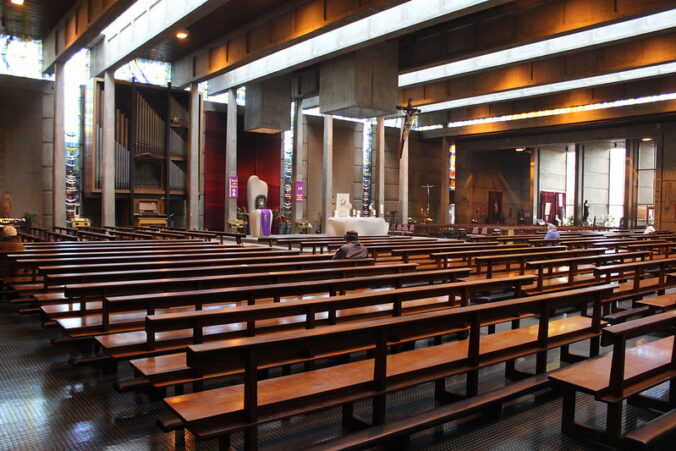 December 27, 2020  – Public worship has been effectively banned again in Ireland because of the increase in Covid case numbers. Leo Varadkar has indicated that the new level 5 restrictions could continue for two months. Religious leaders in Ireland should strongly question whether the move is proportionate given the very strong safety measures churches have successfully introduced during the periods when we could attend Mass and other religious services.

In France, Germany, Belgium and Switzerland and the US, legal challenges have been successfully mounted against overly-strict curbs on religious worship. In each case, judges have ruled that the curbs were disproportionate, that is, unnecessarily onerous compared with public health needs.

In France, Catholic bishops recently successfully challenged a Government rule saying only 30 at a time could attend Mass regardless of the size of the church. Again, the court said this was disproportionate.

In England, when new restrictions were introduced in early November and public worship was banned again, religious leaders from across all the major faiths signed a letter to Boris Johnson objecting to the move.

Places of worship, they said, demonstrated that they can be made safe from Covid transmission. “Given the significant work we have already done, we consider there to be, now, no scientific justification for the wholesale suspension of public worship.”

It is the same here. There is no direct scientific evidence to justify this de facto ban.

Deputy Chief Medical Officer, Dr Ronan Glynn commented at a press conference in late September that public worship is “less important” in the context of a pandemic. At that point in level 3 areas like Dublin, you could still go shopping for clothes, visit the hairdresser, attend a gym. All of those things were considered more important.

This time, non-essential retail shops are currently being allowed to remain open, as are gyms for private training. But public worship has stopped.

Commenting on the latest situation, David Quinn of The Iona Institute said: “Freedom of worship is a fundamental right in national and international law, but our Government is not treating it as such. England is shutting non-essential retail in Tier 4 areas and allowing public worship to continue, and we are doing the opposite.

“In order to justify such a decision and show it is proportionate, the Government and NPHET must produce the necessary evidence. In Europe, we are almost alone in stopping public worship completely. Other countries, sometimes forced by the courts, have decided that while curbs are necessary, a ban is disproportionate. This is the case even when infection rates have been much higher than here because of the lack of evidence that public worship adds in any significant way to Covid levels.”

He continued: “Religious leaders here should ask the Government for evidence to back this move. What effect is public worship having on the R number? If the effect is non-existent or negligible, then the decision should be reversed”.

The Iona Institute is a Christian advocacy and research organisation.