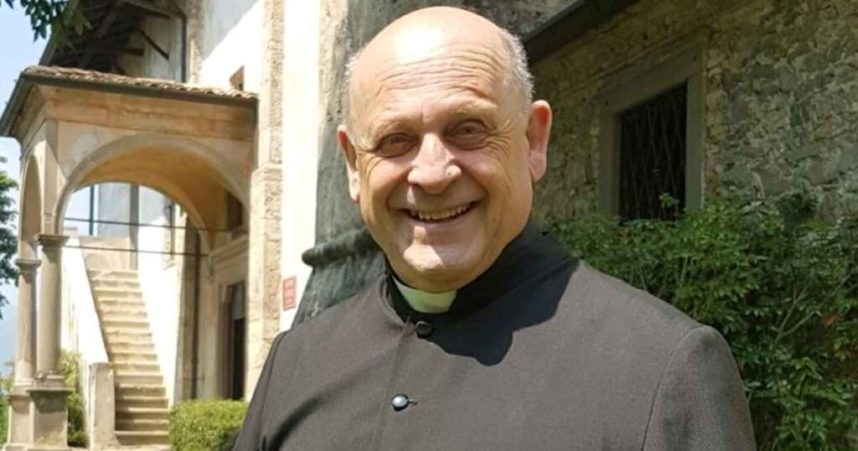 Almost one hundred priests including one bishop have died so far because of Covid-19, mostly in Italy. Many of them were infected while ministering the sick. In other words, they made the ultimate sacrifice while looking after their people, which is a priest’s highest calling. The priest acts ‘in persona Christi’ and he also laid down his life for others.

The highest number of deaths has occurred in the diocese of Bergamo, which is at the centre of the epidemic, where 25 priests have passed away.

The number of religious sisters who have lost their lives has still to be quantified but many cases have been reported. Six nuns from the same convent died near Turin, five more near Genoa.

Some priests and nuns will have passed away for the same reasons so many others have died in Italy, simply because they were unlucky enough to contract it. But 60 religious sisters living in the main house of the congregation of the Daughters of St Camillus have contracted the virus while working in hospitals.  “We make a fourth vow, in addition to the three classic vows of poverty, obedience and chastity: that of serving the sick even at the cost of our lives”, explained the Secretary General of the order.

The followers of St Camillus, who are also credited for the first recorded field ambulance in history back in the 17th century, are only one of the many Catholic congregations explicitly dedicated to tend the sick.

Today, more than 5,000 hospitals in the world are run by the Catholic Church but this healing and caring presence has been at the core of the Christian life since the beginning, even if it is often forgotten.

Jesus healed and comforted the sick, and instructed his followers to do the same. Saint Luke the Evangelist, who was a doctor, tells us of the parable of the good Samaritan, in which Jesus presents as the example of the love for our neighbors the Samaritan who took care of an injured man.

The first Christian nurse was Phoebe, mentioned by Saint Paul to his letter to the Romans, and among the first martyrs we find the twin doctors Cosmas and Damian.

Paolo Gulisano, an Italian physician and essayist, has written a history of medicine through the many heroic religious who have served the sick and also discovered cures for them.

He says: “Christians have always felt as their duty to cure the sick. When in 313 the Emperor Constantine ended the persecutions, among the first works of the followers of Jesus there were hospitals. After, medicine was practiced in monasteries, particularly Benedictine ones. It was only later that the care for the sick became detached from the religious sense of life and death, of suffering and curing, and it became a technical profession, as we know it. But for centuries the Church gave a big push to medicine and among its ranks you can find apostles of charity, such as John of God, but also scientists such as Petrus Hispanus, a pioneer of ophthalmology who became Pope, or Nicolas Steno a great anatomist and saint, until St Giuseppe Moscati.”

Ireland played an important part in this glorious history. Some of the most active nursing orders which are still present in the Catholic Church were established by Irish women.

Catherine McAuley founded the Sisters of Mercy, who are still remembered for their precious role during several major epidemics of cholera and during the Crimean War.

At the time of the cholera epidemic that hit Dublin in 1832, those infected were isolated and neglected. Only a group of women, following the request of Archbishop Murray, devoted care to the sick and the dying. “The women took a huge risk to undertake this task. They worked four-hour shifts, four people at a time. They washed, cleaned, fed, and offered emotional and spiritual support to those who were sick or dying. When they left the hospital, they washed both themselves and their clothes in lime and water thus reducing and even eliminating the risk of contagion. Only one of these ladies contracted the disease from which she recovered and none died. The ‘Walking Nun’ were some of the original sisters who followed the vision of Mary Aikenhead and who are now known as the Irish Sisters of Charity.”

(You can read more here.)

Other examples of Irish nursing orders are the Medical Missionaries of Mary, who provide health care in the underdeveloped regions of the world, or the Missionary Sisters of St Columban, which were active particularly in China before being expelled by the Communist regime.

Not all of the priests and sisters who are dying because of the coronavirus were healthcare professionals. Some were chaplains who attended the last moments of those who had to be isolated from their families. Others were retired after having spent their lives in missionary lands. Some were simply living their ordinary ministry among common people, while some others will be remembered for some heroic gesture, such as father Giuseppe Berardelli who (according to some reports) gave up his ventilator to save the life of a younger persons.

All of them are signs of a Church that, following the example of Jesus, cures and takes care of the body and of the soul.

Most of them won’t have a proper funeral but their sacrifice won’t be forgotten.

“This virus has hit Italy hard”, said a parish priest, “But I think my church will be fuller after this. Many of us are seeing a rebirth of spirituality as people reconsider the things that are most essential in their lives”.

(The picture shows Fr Giuseppe Berardelli who reportedly died after giving up his ventilator for a younger patient).