Screening out Down syndrome shows true nature of modern Ireland 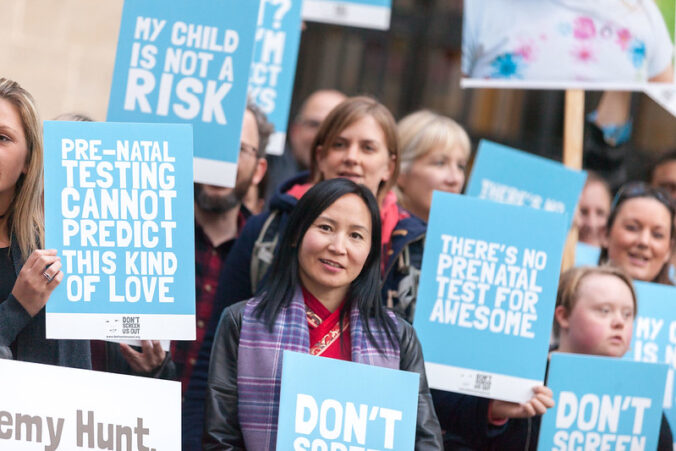 In 2016, comedian Sally Phillips presented the BBC documentary, ‘A World Without Down Syndrome’. Phillips, who has a son with the condition, showed how a growing number of couples are using ever more sophisticated pregnancy screening tests to discover if the child they are expecting has the genetic abnormality and are often opting for terminations if they discover that this is, indeed, the case.

Ireland did not feature in the programme. We still had a very strict anti-abortion law which was only repealed in a constitutional referendum in 2018. Instead, Phillips highlighted the example of Iceland where almost all babies are aborted once they are diagnosed with Down syndrome. The same situation obtains in other Scandinavian countries such as Denmark.

But if Phillips was making her documentary today, she would be well served to look at the example of Ireland. Last week, The Irish Times ran with the front page story, ‘Rotunda says parents choose abortion in 95% of Down syndrome cases’.

Professor Fergal Malone, the outgoing Master of the Rotunda, which is the busiest maternity hospital in Europe, announced the dramatic figure in an interview with the newspaper. He was confirming a figure he had already mentioned to The Irish Independent.

The figure does not mean that 95 percent of all babies with Down syndrome are aborted, because we don’t know how many couples decide not to have the relevant screening test, but it is a very stark figure no matter what.

The issue of Down syndrome was raised during the abortion referendum of 2018. Irish pro-life campaigners had seen the Sally Phillips documentary and warned that if we deleted the pro-life clause from our Constitution, we would quickly change our attitude towards children with genetic abnormalities. If aborting ‘normal’ children was suddenly seen as acceptable, surely children with abnormalities would be even more vulnerable?

The Government dismissed the warning, but it was worried about the matter all the same. To assuage public concerns, the current law in Ireland does not permit an abortion when a baby has a non-fatal genetic abnormality. Irish women who are told their child has a condition like Down syndrome still travel to England for terminations. But in light of the figure revealed by Professor Malone, perhaps the Government’s worry was misplaced.

There has been a big increase in the numbers making the journey to England when a non-fatal genetic abnormality is confirmed. During the abortion referendum four years ago, Malone told State broadcaster, RTE, that 56 percent of couples who were informed that their baby had Down syndrome opted for an abortion. Now, as he has confirmed, the figure is 95 percent.

It appears that Irish people are embracing eugenics with gusto. That is a somewhat emotive word to use, of course, as it is often associated with coercive State practices such as existed in Nazi Germany. But eugenics eliminates those someone considers unfit to live. It could be the State that makes the decision to eliminate the ‘unfit’, or it could be parents. The end-result is the same.

The dramatic switch in attitudes is strongly linked to the secularisation of Irish society. As the Catholic Church, and Christianity, fade, we are adopting an increasingly utilitarian approach to life. Why should we burden ourselves if we can avoid it? What is to be gained? Once, we might have said that a child, no matter what, is a gift from God, and we must simply accept it. That view is not so widely held anymore.

The result in that, in years to come, people with Down Syndrome will become increasingly rare in Irish life, as is already the case in countries like Iceland and Denmark. Ireland likes to boast that we have become more ‘tolerant’ and ‘compassionate’ as we have shed our former Catholic faith. But a society which eliminates those with genetic abnormalities like Down syndrome is neither tolerant nor compassionate and should not pretend otherwise.