Some of the champions of eugenics we still lionise today 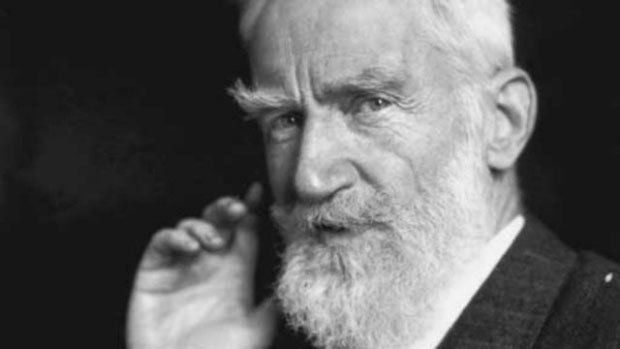 Marie Stopes International, a chain of abortion and family planning clinics, has announced that it will change its name and remove any reference to Marie Stopes, due to her controversial past. Stopes was a member of the Eugenic Society, which promoted the selective breeding of human beings. A supporter of Nazism, she advocated for the sterilisation of people considered unfit for parenthood and campaigned against interracial marriage.

For similar reasons, Planned Parenthood in the US dropped the name of the eugenicist and racist Margaret Sanger from their clinic in New York, and a museum in Dublin removed a picture of her from its windows. Such views were  commonplace at the time, on the left as well as the right. The principal opponent was the Catholic Church.

Fabian socialists like the Sidney and Beatrice Webb championed it, as did DH Lawrence, George Bernard Shaw, John Maynard Keynes and Winston Churchill. Some favoured coercive measures like compulsory sterilisation, while some did not.

Another champion of eugenics was Magnus Hirschfeld, after whom the Hirschfeld Centre, in Temple Bar, is named.

Hirschfeld (1868- 1935) was the co-founder of the Medical Society for Sexology and Eugenics and an early campaigner for gay rights. In order to enhance “the stock of the nation”, eugenicists would promote the marriage of certain “types” while, through sterilisation and contraception, they would prevent the “feeble minded” from forming families of their own and pass their ‘defective’ genes to their offspring.

According to the historian Toni Brennan, Hirschfeld’s work “On Sexology” (1908) lists the “undesirable types” that one should avoid marrying, i.e. those who are disabled and those who have criminality and insanity in the family. Instead, Hirschfeld held that people should choose intelligent and ‘well-mannered’ partners so as to maximize the chances of improving the race.

“One shrinks from marrying a disabled dwarf or someone whose father is at the penitentiary or the madhouse. And one does so rightly, because only if we marry the healthiest, well-shaped, most intelligent and well-mannered ones, will we help to ennoble the race”, Hirschfeld wrote.

Selective reproduction was the leading idea of Hirschfeld’s studies of sexuality. He called for obligatory matrimonial certificates of health to detect the disabled and forbid their reproduction, and for eugenic counselling.

Hirschfeld, who was Jewish, fled Germany, died in exile and his Institute was destroyed by the Nazis but in his last work, titled “Racism” (1935), he defends Mussolini’s “spiritual” understanding of race, in opposition to Hitler’s “materialistic and unspiritual conception.”

“National Socialism is, politically considered, in great measure modelled upon Fascism. But in their attitude towards racial problems the German doctrine and the Italian differ. On October 24, 1933, nearly a year after Hitler rose to power, Benito Mussolini, ‘a member of the Mediterranean race to which Caesar and Napoleon, Dante and Michelangelo, belonged,’ expounded his views, in the Piazza Venezia at Rome, speaking to 34,000 Florentine Blackshirts. The Latin and Mediterranean race, said the Duce, was stable and at the same time universal. Its universality made the Fascist notion of race a spiritual one, this contrasting with the materialistic and unspiritual conception of the Nazis, who held the Germans to constitute a race apart and a dominant race, entitled to primacy “, he wrote.

The history of eugenics is indeed extremely murky and among its leading proponents were people who are still lionised to this day. A statue of George Bernard Shaw, for example, still stands in the National Art Gallery.