The appalling recommendations of the surrogacy committee 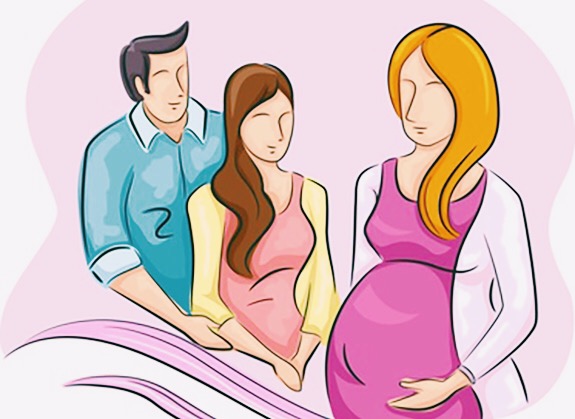 The very one-sided Oireachtas Committee on International Surrogacy has recommended the recognition of ‘compensated surrogacy,’ which is commercial surrogacy by another name, in Ireland and abroad. Under the broad notion of “reasonable expenses”, women will be paid large sums of money to carry a child for someone else under the terms of a contract. Almost no country in Europe recognises commercial surrogacy for this reason.

The Assisted Human Reproduction (AHR) Bill 2022, which is still under the consideration of the Dáil, does not include provisions for international arrangements. A special Committee was established last February to address this specific issue and some of their recommendations in the Report presented this week are quite shocking.

The AHR Bill allows non-commercial surrogacy, but also the payment of ‘reasonable expenses’. This would include not just medical expenses but also any loss of income for a period of 12 months, which could be quite substantial.

One of the experts told the Committee that, “Under the Bill, an Irish surrogate can be paid reasonable expenses. When loss of income and other expenses are calculated, this could easily reach €10,000, which is probably not very different from the amount that surrogates are paid in some other countries, excluding the United States, although, of course, this does acknowledge the socioeconomic situation may be different in other countries.”

In Ukraine, where many Irish couples go, the average per capita income is about $2,500.

The Committee Report highlighted the hypocrisy of calling ‘altruistic’ a practice that involves large payments and asked the Bill to be changed.

“The Committee notes that compensation to the surrogate in respect of costs arising in connection with the surrogacy is provided for in the AHR Bill, where it is defined as altruistic surrogacy. This terminology should be amended to be re-termed as compensated surrogacy, to better recognise the compensatory nature of the arrangement, and provisions made for international surrogacy arrangements of a similar nature to be permitted.”, the Report says.

But then the Report went even further and recommended the payment for services abroad that the AHR Bill would explicitly ban because of their commercial nature, such as paying agencies and clinics for “facilitating the entering into or giving effect to the agreement” (54.1a).

State representatives warned the Committee that double standards should not apply to domestic and foreign arrangements. If the potential exploitation of poor women is wrong in Ireland, why should it be accepted abroad? The Committee acknowledged that, while it would be desirable for all international surrogacy agreements to match the list of conditions which apply for domestic arrangements, “it would also be almost impossible to enforce. The Committee believes that as long as the medical and safety conditions of the country of the surrogacy are met, this should be considered sufficient.”

So, double standards will apply.

With the exception of Ukraine, Russia and Belarus, all European countries ban commercial surrogacy and many of them won’t allow any surrogacy at all, not even the “altruistic” one.

Commercial surrogacy in particular is considered exploitative for the women involved and treats children as commodities regulated by contract. There are proposals by politicians in Norway and Italy to make it a criminal offense using a surrogate mother abroad.

Ireland is one of the very few countries going in the opposite direction and will give legal recognition to foreign surrogacy arrangements.

Another shocking passage of the Report is that the Committee does not believe that a genetic link between the child and at least one of the commissioning adults (the ‘intended parents’) should be required in domestic surrogacy, something stipulated by the AHR Bill (53.3a). This means that a single man, for instance, should be allowed to pay a surrogate mother to carry a child conceived for him with the gametes of two “donors”, who will also be reimbursed for “reasonable expense”. How is this different from buying a child?

The child will grow up having no relations with the genetic mother, the genetic father, possible existing siblings, and with the birth mother. It will legally related only to the person who has commissioned him or her.

Senator Sharon Keogan was the only critical voice in a Committee that didn’t hear from exploited surrogate women from poor countries. She was constantly attacked but now that commercial surrogacy has been recommended, under the name of compensated surrogacy, her concerns have been proved to be well-founded.