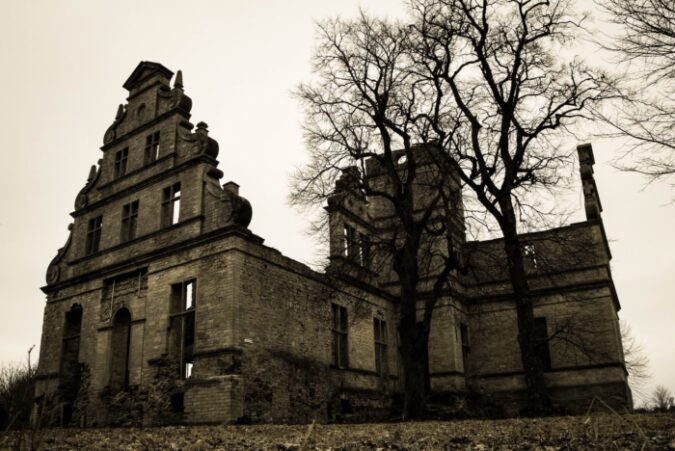 A moral transformation, rather than social policies, will stop the de-population bomb claims Dr Nicholas Eberstadt, an expert in demography, in a new interview called the ‘De-Population Bomb’.

For years we have been warned of the dangers of an increasing world population (the so-called ‘population bomb’), but what happens when it shrinks, instead? This is already happening in many Western countries, he points out. Ireland has a fast-ageing population. Only large-scale immigration will stop it shrinking in the years ahead.

The United States, for example, was at replacement level (2.1 children per couple) or slightly above up to 2008. This means that there were sufficient births to compensate deaths, without taking into consideration immigration. Since then, the number of births per woman has gone down, particularly during the Covid pandemic. Ireland fertility rate is now about 1.7.

“If current trends continue, the United States would be on a track to shrink 20 percent for each generation”, warns Eberstadt, who a scholar at the American Enterprise Institute and author of several studies on demography.

The European Union, Russia and China are experiencing the same demographic decline. So is all of East Asia, lead by Japan.

In Ireland, as Budget 2023 was being unveiled last week, the Department of Finance said that to maintain the current levels of public service we need an additional €8 billion in public expenditure each year by 2030.

In simple words, we need more young people working for the rest, particularly for those who have retired. Ideally, the size of the younger generations should exceed older ones but our demographic trends are going in the opposite direction.

Dr Eberstadt claims that the US federal spending is becoming untenable. “Today’s consumption for seniors is being financed by the unborn”.

One solution is more immigration, he says, but, even without considering the morality of depriving poorer countries of their workforce, this population policy does not always succeed in its intended purposes. He comments on the European experience: “The work rates are lower for the foreign-born than for the native-born in most European countries, the educational qualifications of working-age Europeans are typically lower for the foreign-born, and “non-EU foreign-born” youth are far more likely to be neither employed nor in education or training. The EU’s assimilation problem also looks to be intergenerational: throughout Europe, children of non-EU immigrants are generally more likely than their parents — not less likely — to see themselves as victims of group discrimination.”

In other words, large sections of the immigrant populations of parts of Europe are experiencing alienation, which often drives crime rates, and then voter backlash, as we have seen recently in Sweden.

Assimilation works better in the United States, Eberstadt claims, but immigration cannot be the only population policy to maintain demographic sustainability.

Dr Eberstadt is sceptical about subsidies and tax relief for families. He claims that “incentives to boost birth rates are likely to be costly and to elicit only modest and perhaps fleeting demographic results”.

Referring to the Scandinavian experience, where birth rates are mostly high relative to the European average (but still below replacement level), he talks about the “Swedish roller coaster”, i.e. the birth rate goes up just after a new subsidy is introduced, but then it goes back further below where it was before. What has to be changed instead, he maintains, is the people’s desire about the size of their families. This has been previously pointed out in this Iona Institute blog.

The best indicator for fertility rates is how many children women want, but this does not depend on economic conditions. Richer people do not have more children. The most affluent and productive society that humanity has ever seen has also the lowest fertility rates.

“Children are not convenient. We have moved into a world in which convenience is prized and in which constraints on personal autonomy are increasingly viewed as onerous”.

What is needed instead is a change in values. The desire for larger families depends on the appreciation of family values.

Dr Eberstadt believes that an ageing and declining population will experience the opposite: pessimism, hesitance, dependence, self-indulgence, resentment, and division.

We can change the head count with immigration, but it will work only temporarily if immigrants embrace the same mentality that causes depopulation, he says. We need instead a moral transformation so that people are confident and brave enough to maintain a natural rate of replacement for society.