The deadly inaccuracy of many prenatal tests 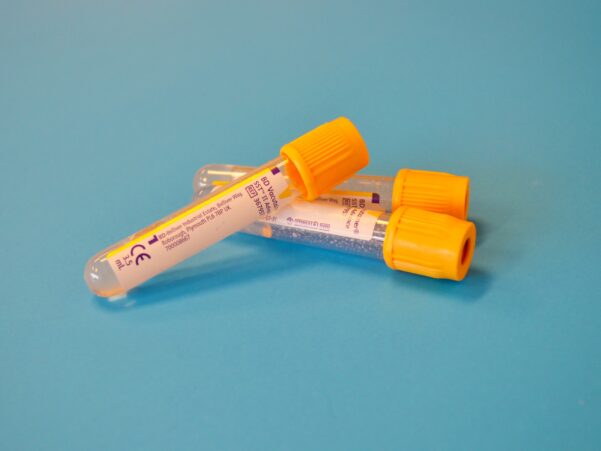 Prenatal tests are a vital part of the thriving eugenics industry whereby unborn children with genetic defects are not considered fit for life and are aborted instead. But a report in The New York Times (not a pro-life paper) confirms that the tests for certain foetal abnormalities are often unreliable as they give too many false positive results.

Even if advertised as highly accurate, for some conditions positive test results were incorrect more than 90pc of the time.

We highlighted the problem of the inaccuracy of foetal tests in a previous blog three years ago.

Non-invasive prenatal testing (NIPT) is used to screen the probability that chromosomal abnormalities, such as Down Syndrome, are present. These tests are now offered for more and more conditions. A positive screening test should be followed by a diagnostic test, to confirm the presence of the abnormal condition. Unfortunately, many do not wait for the follow-up test and abort their babies, not knowing that those screening tests are often wrong, as the New York Times article showed. With rare conditions, the probability of mistakes grows.

In Ireland we saw the tragic case of a baby who was aborted in Holles Street National Maternity Hospital at 19 weeks after his parents were incorrectly told that he suffered from Edwards Syndrome, a condition that is usually fatal.

But this is not a one-off case. It is likely that many healthy babies are aborted on the false presumption that they are disabled or will not live long after birth.
Ten of the 17 brochures given to parents by prenatal tests services and reviewed by the New York Times never mention that a false positive can occur and only one mentioned how often positive results are wrong.
The newspaper looked at five conditions, namely DiGeorge Syndrome, 1p36 Deletion, Cri-du-chat Syndrome, Wolf Hirschhorn Syndrome and Prader-Willie and Angelman Syndromes, and found the prenatal tests are wrong almost all the time (81pc, 89pc, 80pc, 86pc and 93pc respectively). This is appalling.

In 2019, the UK Advertising Standard Authority ruled that the ads promoting prenatal screening tests were misleading. For instance, out of 100 tests indicating the presence of Edwards Syndrome, only 37 were correct. Still, the tests were presented as 99pc accurate because if the condition is present, it is detected 99pc of the times. Accurate does not mean correct because often the test mistakenly says it is present. (For a more detailed account see here: https://ionainstitute.ie/the-inaccurate-accurate-tests-for-foetal-abnormalities/ )

In simple words, those tests are oversensitive as they tend to err on the side of false positives.

Oversensitive NIPT would not be a problem in a society that does not kill those suffering of abnormal conditions. The tests should be used to prepare families and doctors to welcome the newborns and care for them according to their special needs. Moreover, decisions should be made once the diagnosis confirms the screening results.

But oversensitive tests are morally problematic in our society, where abortion is the default outcome of positive testing results. Many do not even wait for the follow-up diagnostic test.

In Ireland, there is no gestational time limit for abortions when the baby is not expected to live longer than 28 days and now campaigners want to extend this possibility also to non-fatal abnormalities. This would only increase the probability that healthy babies are aborted.
Even the most ardent pro-choice campaigners should want everyone told about the literally deadly inaccuracy of many of these tests.
—-
Photo by Testalize.me on Unsplash