The ethics of track and trace 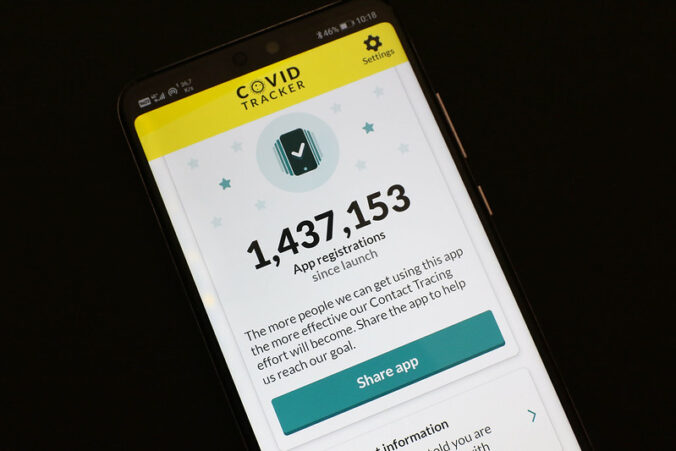 The renewed lockdowns in Ireland, and in the UK, are causing more worry than the original ones back in March. The draconian punishments handed out by the police and others are causing more disquiet as well. Now the attempts at “Track and Trace” are being criticised too. These apps are intended find out where a mobile phone user goes and whom they meet in order to see how the Covid virus spreads, presumably with a view to stopping it.

The Anscombe Centre, a Catholic bioethics think tank based in Oxford, held a Zoom conference last week on the ethics and efficacy of Tracking Citizens During a Pandemic. The three panellists were Philip Booth from St Mary’s University, Twickenham, an economist with an interest in ethics, Raphael Cohen-Almagor an Israeli political scientist and professor of politics in Hull, and Ryan Meade, an American legal scholar and consultant who is also a research fellow at Blackfriar’s Hall, Oxford. It was chaired by David Albert Jones, director of the Anscombe Centre.

The panellists generally agreed that the situation is serious, that Covid 19 poses an ongoing threat and that some measures by government are needed. Prof Booth opened with a brief snippet of history about a person who before 1914 could go through their whole life with almost no contact with the state. Emergency measures brought in for the Great War put paid to that. Coming as he does from an economically liberal background, he saw no difficulty in principle about accepting some restrictions on our freedoms while the current situation is brought under control. From the standpoint of Catholic social teaching, co-operating with these new rules could even be seen as a moral duty but they could equally be defended on the grounds of simple pragmatism.

However, he stressed that the restrictions must be time-limited and cannot be allowed to last beyond the immediate need. Test and trace he thinks is a lot more problematic. Practically, he saw little chance that such a system would actually do the job it’s meant to, given the over-centralisation of the British response to Covid and the generally poor performance of the state-sponsored app so far. With that said, his concern was that a lot of information about individuals would still be collected, and that this would all be centred on their private lives. As such, he saw the need to have stringent safeguards including the restriction of those records to Covid matters only, and the destruction of all the collected information once the immediate danger has passed. The old saying about nothing being so permanent as a temporary government program seemed to loom large in his analysis.

Raphael Cohen-Almagor comes to this issue with a broader experience than most, given that he spends a great deal of time in Israel as well as England, and has experience of both cultures and their styles of government. He made the point that the draconian restrictions on the freedom of citizens to go about their business would likely not be tolerated in Israel for any length of time, given the readiness of the Israeli courts to intervene. However, in a fairly cohesive society with its own history of particular difficulties especially in relation to security measures, some measures can be implemented.

Sadly, the the Zoom technology we all depend upon failed us when Ryan Meade began his presentation; the Anscombe Centre hope to have a fresh recording prepared shortly and will make all the contributions available on their website.