The extreme philosophy behind a new suicide machine 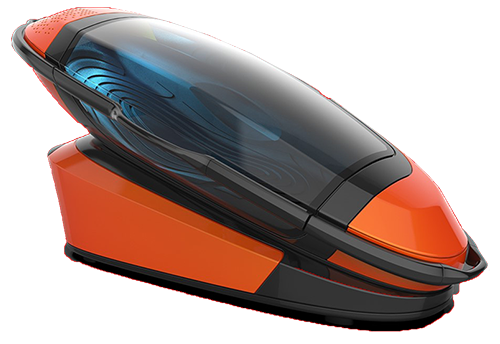 To lots of international publicity, a new assisted suicide machine gained legal approval in Switzerland last week called ‘Sarco’, short for sarcophagus. As the name implies, it is a coffin-shaped and sized container that is flooded with nitrogen when activated from inside by the suicidal person, killing them. The development caused remarkably little outrage because we are being conditioned to believe in assisted suicide as an acceptable response to suffering.

The man behind it is Exit International’s Philip Nitschke, the biggest organisation in the world promoting assisted suicide and euthanasia. Prominent Irish assisted suicide campaigner Tom Curran is one of its directors. Despite this Irish connection, Sacro has received almost no publicity here never mind critical scrutiny. Instead, the campaign to allow assisted suicide gathers pace.

Promoters say it will be restricted to limited cases, but Exit International makes no secret of its ultimate aim. It says, “every adult of sound mind has the right to implement plans for the end of their life so that their death is reliable, peaceful and at a time of their choosing.”

Once you are an adult and of sound mind, no other requirement is necessary to access assisted suicide, according to Exit International. In other words, a healthy 18-year-old would be allowed to avail of it. This is claimed as a ‘fundamental human right’.

On their website Exit International say that individuals have a right to “receive information about their end of life choices (especially during this time of pandemic)”. This last specification referring to the pandemic makes their philosophy even more disturbing.

Exit International does not provide individuals with illegal drugs or equipment but it “supports individuals’ right to procure drugs and equipment for end-of-life purposes.”

This organisation was founded in 1997 by Philip Nitschke.

Nitschke’s medical registration was suspended by the South Australian Medical Board of Australia in July 2014 after allegations he counselled a 45-year-old healthy man to take his life. The man was being investigated in connection with the death of his wife and disappearance of a former girlfriend. He may or may not have been suffering from depression.

Later, the Board lifted the suspension but imposed 26 conditions on Nitschke, including a ban on providing information on sedatives that are fatal at high doses. He was also precluded from advising the public about taking their lives and he was requested to refer suicidal patients to local mental health services.

Nitschke found those conditions too onerous, burnt his medical practising certificate and left Australia. He now lives in Amsterdam.

Speaking about Sacro, and exposing his extreme philosophy, Nitschke said, “We want to remove any kind of psychiatric review from the process and allow the individual to control the method themselves. … the person would do an online test and receive a code to access the Sarco.”

It is important to know the broad philosophy that inspires many assisted suicide campaigners, here in Ireland and abroad. Debates generally focus on extreme cases and alleged safeguards, but Exit International presents the suicide of mentally competent healthy adults as a fundamental right. The founder even wants to remove any psychiatric reviews!

This disturbing philosophy must be exposed and strongly rejected.