The female victims of anti-Christian persecution 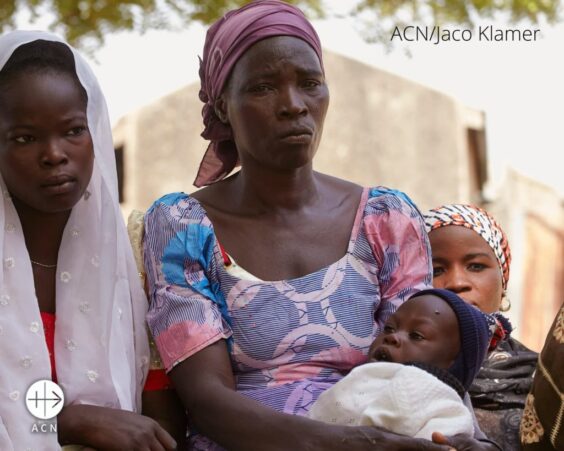 In many countries, Christian women and girls suffer abduction, rape, forced conversion and forced marriage, according to a new report. But social stigma and fear of reprisal from perpetrators keep their stories mostly unheard.

The “Hear her cries: Kidnapping, forced conversion and sexual victimization of Christian women and girls” report addresses the appalling problem of women being targeted for sexual violence because of their religious belief.

The document has been produced by Aid to the Church in Need (ACN), a charity that helps persecuted Christians, and it offers some case studies from Egypt, Iraq, Syria, Mozambique, Nigeria and Pakistan.

In countries where they are already a minority, Christian women are coerced to convert so that their children are claimed for the new faith too. ISIS fighters, for instance, forced pregnancies and conversions to secure the next generation of jihadists in Syria.

In Nigeria, the Boko Haram group uses violence against women to trigger the mass movement of unwanted Christians from some areas of the country.

Research suggests that Christians make up 95pc of females held by Islamist extremists in Nigeria.

Cases involving women persecuted for religious reasons are chronically under-reported for fear of casting shame on the victims and their families, according to the ACN document.

Besides social stigma, dread of reprisal from perpetrators is another key factor why those incidents are often kept quiet. Families, chilled by fear of more violence, tend not to speak about their sufferings.

Another reason for low reporting level is institutional resistance. In Pakistan, for instance, the police and the court system are frequently colluding with the perpetrators, according to the report.

One of the cases presented is about Farah Shaheen, a Christian girl who was abducted at the age of 12, forced into marriage and kept in chains as a slave. When her father reported the kidnap, the police refused to listen and to register the incident. Medical experts from the court claimed that the girl was old enough to legally marry, dismissing her birth certificate that showed she was 12 when abducted.

Research indicates that in Pakistan, Christians could comprise up to 70pc of women and girls forcibly converted and married.

“Perpetrators know their chances of punishment are reduced if they confine their attack to minority faith communities”, the report notes.

Institutions reflect the cultural and religious norms of the majority and even in countries with secular legislation, other codes of practice informed by the religious precept of the prevailing faith, trump the official law. The court and the judicial systems are biased against Christians.

“It is very difficult being a Christian girl in our country. So often our girls are abducted and the deprived things they suffer are too awful to imagine. It is so frightening. Who is there to help us?” says of the victims interviewed for the report, who asked to remain anonymous. Their stories need to be heard. We need to hear their cries.

(The “Hear our cries” report can use downloaded here. A printed version can be requested to Aid to the Church in Need Ireland)