The leading atheists who deny free will and true moral accountability 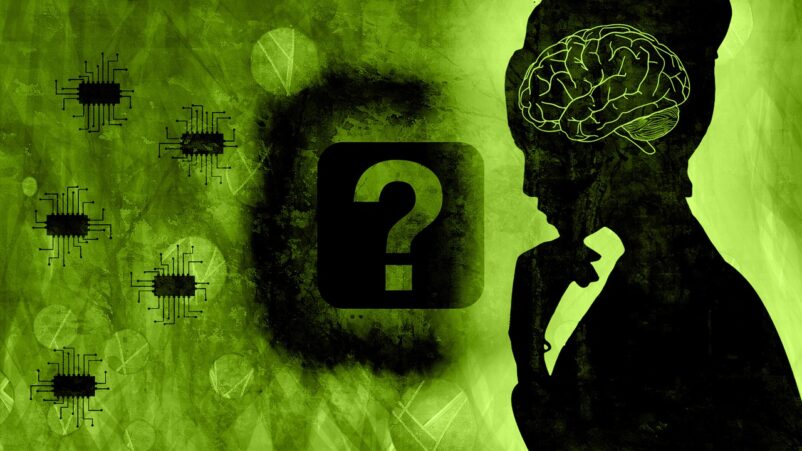 Almost everyone believes in free will. We take its existence for granted. We think we can choose one action over another, love this person rather than that person. It is the basis for our belief in moral accountability. After all, if we don’t really choose our actions, how can we be held responsible for them?

But actually, many leading atheists don’t believe in free will at all. They think it is an illusion. They believe matter is all that exists, and since all matter is subject to the law of physics, so are our thoughts and actions, which are ultimately by-products of matter and prior events. There is no ‘us’ outside of matter that is somehow controlling what we do.

What follows is a compilation of quotes from some of the world’s leading atheists about free will. As we will see, they all deny its existence.

Let’s start with the most famous living atheist, Professor Richard Dawkins. During a public discussion with world renowned physicist, Lawrence Krauss, some time back, Dawkins was asked by a member of the audience if there a scientific basis for the concept of free will.

He answered: “I have a materialist view of the world. I think that things are determined in a rational way by antecedent events and that commits me to the view that when I think I have free will, when I think I am exercising free choice I am deluding myself. [My italics] My brain states are determined by physical events.”

Laurence Krauss added: “I also have to agree that everything I know about the world tells me that there’s no such thing as free will.”

Professor William Provine was a prominent historian of science. During a debate at Stanford University with a theist, he also admitted that he does not believe in free will. He said: “Free will is not hard to give up, because it’s a horribly destructive idea to our society. Free will is what we use as an excuse to treat people like pieces of crap when they do something wrong in our society. We say to the person, ‘you did something wrong out of your free will, and therefore we have the justification for revenge all over your behind. We put people in prison, turning them into lousier individuals than they ever were’. This horrible system is based upon this idea of free will.”

Of course, that sentence is totally incoherent. He believes the idea of free will leads us into immoral actions (like harsh retributive punishment), but if there is no free will then we are not freely putting people in prison and therefore cannot be condemned for doing so.

Another famous atheist, Sam Harris, devoted an entire book – titled “Free Will”- precisely to the denial of it.

He said said: “Free will is an illusion. Our wills are simply not of our own making. Thoughts and intentions emerge from background causes of which we are unaware and over which we exert no conscious control. We do not have the freedom we think we have. Free will is actually more than an illusion (or less), in that it cannot be made conceptually coherent. Either our wills are determined by prior causes and we are not responsible for them, or they are the product of chance and we are [still] not responsible for them.” (P. 5)

Here is another example: “Where intentions themselves come from, and what determines their character in every instance, remains perfectly mysterious in subjective terms. … the idea that we, as conscious beings, are deeply responsible for the character of our mental lives and subsequent behavior is simply impossible to map onto reality.” (13-14)

And a final quote: “The fact that our choices depend on prior causes does not mean that they don’t matter. … Human choice, therefore, is as important as fanciers of free will believe. But the next choice you make will come out of the darkness of prior causes that you, the conscious witness of your experience, did not bring into being. … From the perspective of your conscious awareness, you are no more responsible for the next thing you think (and therefore you do) than you are for the fact that you were born into this world.” (34-35)

Professor Steven Pinker, the distinguished psychologist, claims that freedom follows the laws of physics. “I do believe that there is such a thing as free will but by that I do not mean that there is some process that defies the laws of physical cause and effect. As my colleague Joshua Greene once put it, it is not the case that every time you make a decision a miracle occurs. So I don’t believe that. I believe that decisions are made by neurophysiological processes in the brain that respect all the laws of physics. On the other hand it is true that when I decide what to say next when I pick an item from a menu for dinner it’s not the same as when the doctor hits my kneecap with a hammer and my knee jerks. It’s just a different physiological process and one of them we use the word free will to characterize the more deliberative, slower, more complex process by which behavior is selected in the brain.”

Nobel Prize winner and co-discoverer of the structure of the double helix, Francis Crick, gave us what is probably the most comprehensive put down of free will of them all. In 1994 book The Astonishing Hypothesis: The Scientific Search for the Soul, he wrote: “You, your joys and your sorrows, your memories and your ambitions, your sense of personal identity and free will, are in fact no more than the behavior of a vast assembly of nerve cells and their associated molecules. Who you are is nothing but a pack of neurons.”

Best-selling author, historian Yuval Noah Harari, has said: “The liberal story instructs me to seek freedom to express and realise myself. But both the ‘self’ and freedom are mythological chimeras borrowed from the fairy tales of ancient times. Liberalism has a particularly confused notion of ‘free will’. Humans obviously have a will, they have desires, and they are sometimes free to fulfil their desires. If by ‘free will’ you mean the freedom to do what you desire – then yes, humans have free will. But if by ‘free will’ you mean the freedom to choose what to desire – then no, humans have no free will.”

And also: “Unfortunately, ‘free will’ isn’t a scientific reality. It is a myth inherited from Christian theology. Theologians developed the idea of ‘free will’ to explain why God is right to punish sinners for their bad choices and reward saints for their good choices. If our choices aren’t made freely, why should God punish or reward us for them? According to the theologians, it is reasonable for God to do so, because our choices reflect the free will of our eternal souls, which are independent of all physical and biological constraints. This myth has little to do with what science now teaches us about Homo sapiens and other animals. Humans certainly have a will – but it isn’t free.”

This is similar to what the philosopher, Arthur Schopenhauer (1788-1860) had to say on the subject: “A man can do as he wills, but not will as he wills”. This idea of free will gives us the freedom of other animals, but no more. A dog, for example, can choose (in a certain sense) to go to that person for a pat, rather than this person, but the dog can’t choose the desire for a pat in the first place.

With the exception of Schopenhauer, everyone quoted above are some of the world’s leading atheists. As you can see, none of them believe in free will in the sense traditionally meant, the kind that actually makes us properly morally responsible for our actions and for future committments.

But in public debates, most atheists do, in fact, assume we are morally accountable our actions. Many are full of righteous indignation against what they see as the immoral actions of others and want to see them put to rights.

But they can’t have it both ways. They cannot deny free will exists while behaving and speaking as if it does. On the other hand, if they are right, and there is no free will, then they have no choice, do they?