Polyamorous relationships on the way to legal recognition 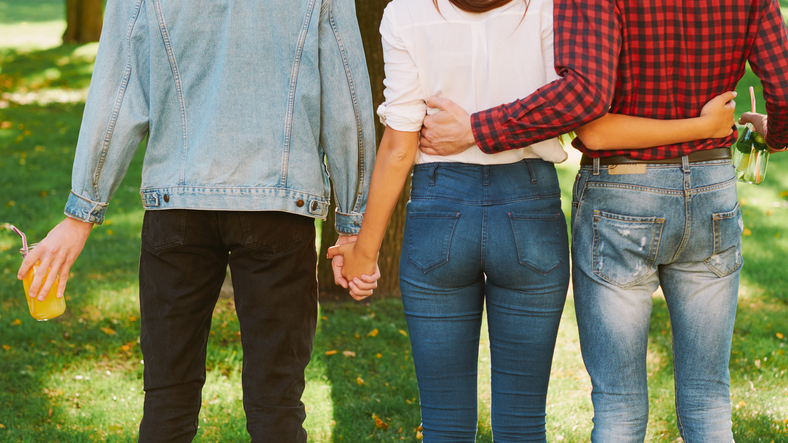 You probably didn’t notice at the time, but a judge in New York opened the door a few weeks ago to legal recognition of so-called ‘polyamorous relationships’, which involve three or more people who are romantically involved with one another. Ruling on a case, Judge Karen May Bacdayan, opined that perhaps the “time had arrived” to recognise relationships not based on monogamy.

The case involved the legal entitlements (or lack thereof), of three people had been in a sexual relationship together. (One of them died, giving rise to questions about property rights).

The court in question, the New York Court of Appeals, was the first in the United States to say that same-sex couples were entitled to a legally recognised relationship. That was in 1989, so this court has a habit of being ahead of the curve, if that is the way to put it.

Considering the case before her, Bacdayan asked: “Do all nontraditional relationships have to comprise or include only two primary persons?”

She seemed bothered that previous cases involving same-sex relationships dealt only with couples and assumed monogamy was the ideal.

Noting those cases, she wondered if the time had come to look beyond monogamy to polyamory and to recognise such relationships in law.

The lack of outcry from liberal quarters in response to her musings is interesting.

During the marriage referendum of 2015, some of us said that the ultimate logic of ‘marriage equality’ was ‘family equality’ and liberals would soon object to marriage in any form being given special recognition in the Constitution on the grounds that this discriminated against families not based on marriage. Major politicians such as Ivana Bacik have since called for another referendum on the family, this time precisely to abolish the privileged position the Constitution gives to marriage.

Once we go down this path, why favour monogamy over polyamory? What can be the liberal objection? It seems in practice that they have none. Love is love, whether it be between two, three or four people.

The new(ish) German government has recently introduced sweeping family law reforms which give more rights to non-marital families. A prominent member of the Greens (who are part of the coalition government), has said that each child should be able to have up to four legal parents to reflect modern “rainbow” and “patchwork” families.

And again, why not, if ‘love is love’ and this is modern living?

The traditional objection was, of course, that only a couple can produce a child, and the couple must be comprised of a man and a woman. Even in the era of IVF, you still need sperm from a man and an egg from a woman. This is a simple biological fact. But we no longer consider such things to be of real importance. It is all about choice now, so why favour couples over (say) ‘throuples’?

Currently, the Irish Constitution, even after the redefinition of marriage, still permits only couples to marry. But there is no impediment to giving polyamorous relationships some legal rights. We’re a very small country, so the demand isn’t there yet, but give it time and expect no real liberal objection.