Two liberal humanists battle it out over the Christian legacy 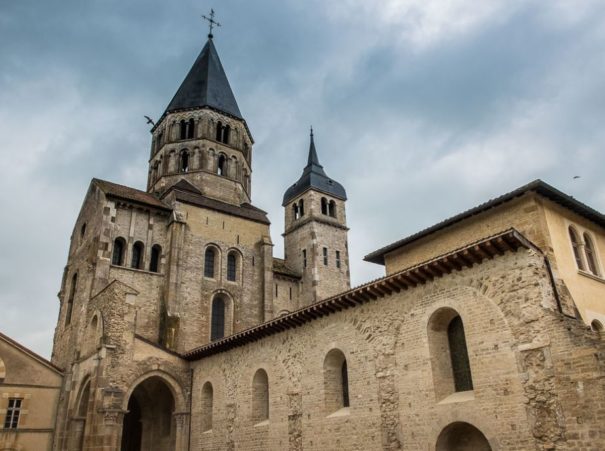 Human rights arose because of Christianity. No, they arose despite Christianity. This debate has been given added impetus with the publication last year of ‘Dominion’, by the historian Tom Holland. Holland is a non-believer, but a sympathetic one. His book traces the ways in which Christian beliefs have shaped Western civilisation, including the development of the rights of the individual.

Philosopher and atheist, AC Grayling, is firmly in the opposite camp. He basically sees Christianity as a long and terrible dark night between Ancient Greece and the secular Enlightenment of the 18th century.

Christian Radio had the bright idea of bringing the two men together last month to debate the issue, and it was a very polite battle of the titans. You can watch it here.

Grayling thinks the West owes little or nothing to Christianity. He credits some monks with belatedly transcribing some of the works of Ancient Greece, but that is about it. He spends a lot more time berating Christians for destroying the works of Antiquity, something Holland, himself an expert on ancient history, robustly challenges him over.

They discuss the origins of human rights today. Holland credits Christianity and Judaism with giving us the belief that we are all morally equal because we are made in the Image and Likeness of God. On this foundation, says Holland, is the edifice of modern human rights built.

Grayling thinks they owe more to Greek philosophy, including the Stoics. You can read more about the Stoics and human rights here and here. One takes the Grayling line while the other is more sceptical.

But what Grayling never addresses in the course of the 80-minute debate is why we should believe we have any innate rights at all, aside from some vague talk on his part about our ‘common humanity’. He doesn’t explain why we are all of equal (and infinite) moral worth. We may have our humanity in common, but that might only mean we are all equally morally worthless. Nature itself certainly confers no moral worth on us.

He needs to explain why the strong should not dominate the weak if they wish to, and are powerful enough to get away with it. He should inform us why the first should not be first, and why the last should not be last.

And if he is right about the Stoics, then it would be good to know why they never founded the great charitable outreaches of the Christians. (Perhaps it’s because they taught detachment from the world, rather than active engagement with it). Why didn’t they send Stoic missionaries to the farthest and wildest and most dangerous parts of Europe to teach everyone from the highest to the lowest that we must love our neighbours as ourselves, that everyone is my neighbour, and that we are all equally loved by God?

Holland in his book gives us a warts-and-all history of Christianity. He doesn’t hide away the religious wars or the Inquisition, or the ways in which the Church often subverted its own message by acting as a cruel and tyrannous power.

But Grayling seems to see little bad in his own intellectual tradition (which is also Holland’s, by the way), namely Ancient Greece and the Enlightenment. This is very obvious when they discuss the struggle against slavery in the 18th and 19th centuries. Grayling either doesn’t know or doesn’t acknowledge the deep racism of leading Enlightenment thinkers like Kant, or the way in which Social Darwinism (which presented itself as scientific and rational) also justified racism, as well as its handmaid, eugenics.

But above all, Holland is willing to admit that his own liberal humanism has been extremely heavily influenced, and for the better, by Christianity, whereas Grayling simply won’t admit that liberal humanism owes anything at all to two millennia of Christian belief and practice, and that is simply ridiculous.

(The picture shows Cluny Abbey in France, for centuries one of the most influential monasteries in Europe).