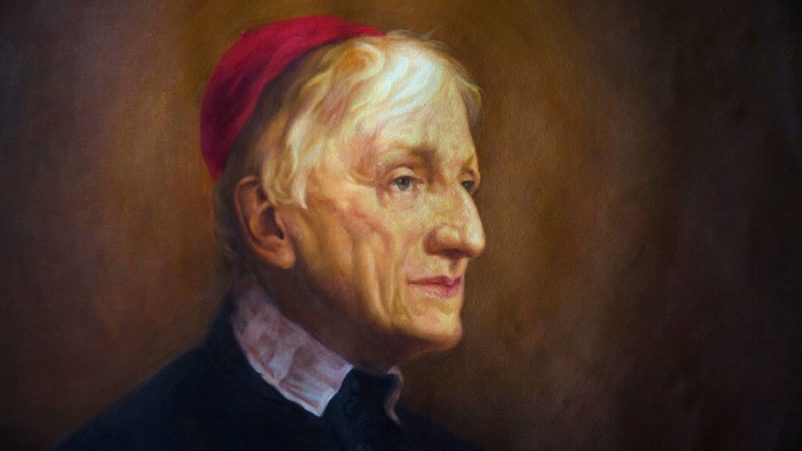 On Sunday Cardinal John Henry Newman will be declared a saint by Pope Francis in Rome.

Newman established the Catholic University of Ireland, which later became University College Dublin. Despite this, UCD initially decided not to send any official representative to the ceremony.

“Although John Henry is the founding rector of our antecedent, the Catholic University, we have been a secular university since 1908 and consequently are not invited in a formal capacity”, they told the Irish Times this week.

Yesterday, after many complaints, UCD announced that someone will represent them in Rome after all.

This is too little and too late. Moreover, the initial explanation for their boycott is in direct contradiction with what happened in 2010 when Cardinal Newman was beatified in Birmingham by Pope Benedict XVI.

In 2010, less than ten years ago, UCD organised a significant number of events to celebrate the occasion.

The UCD Choral Scholars and the RTE Concert Orchestra performed the Dream of Gerontius by Elgar, which is based on a poem written by Newman, in the National Concert Hall.

Newman House hosted an exhibition of Newman artworks and artefacts from the UCD Library Special Collection and the UCD Archives.

An ecumenical service involving the UCD Chaplaincy and the UCD Choral Scholars was broadcast on RTE.

On paper, UCD was no more secular in 2010 than it is today. So why was it able to mark the event properly then, but not now?

A canonisation is even more important than a beatification. It is so sad that the only event in UCD celebrating Saint John Henry Newman was a talk organised by the Chaplaincy and held on Wednesday night. Nothing else. This is really poor, especially when compared with the rich programme of events of 2010. It is clear that the current administration has no interest for Newman.

In 1954, UCD marked the centenary of the Catholic University of Ireland. UCD president Michael Tierney wrote: “The modern College, altered though it is from what he might have wished to be, is none the less the harvest of Newman’s sowing in what for so long seemed an infertile soil. The College has in recent years, for the first time, acquired an estate. [Belfield] Intellectually and spiritually the future policy of the College is already laid down for it in outline. It is that it should remain faithful in all the changes of circumstances, as it has during the first century of its existence, to the idea of its founder. The College must always remember with pride that it owes its origin to the hard and little-rewarded work of one of the greatest men of nineteenth century England, whose coming to Ireland was a providential requital of secular wrongs.”

Ignoring Newman’s canonisation is a betrayal of UCD history. A sign of the times but a college that ignores its past has no future.