Utilitarianism is no basis for allocating scarce medical resources 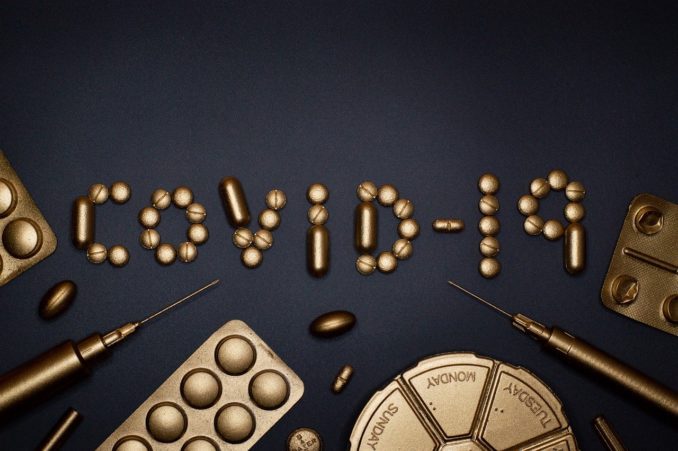 Decision-making in the context of scarce resources will tend to appeal to what sounds like utilitarianism, i.e., to the weighing of the “good” and “bad” involved in possible choices to see which choice will produce the highest amount of overall net good. For example, in the context of limited access to Intensive Care Units (ICUs) often the temptation is to adopt an approach which will result in the most life-years saved—so on this basis it may seem to make sense to exclude the elderly from accessing ICUs or adopting a presumption against allocating ICUs to the elderly. At the very least, it may seem that whatever the right approach is it will involve utilitarian calculations. It may seem that whatever we do we will have to weigh bad effects with good and see which course of action will produce an overall net good. Surely, it may be asked, this is the only rational and therefore moral way to proceed?

But many people hold that utilitarianism is a destructive moral theory. So are we in fact committed to adopting a utilitarian ethic in the sorts of moral decisions that emerge in times of crisis and scarce resources? I will provide an outline of an answer in four parts:

(i) What is utilitarianism?

There are different branches of utilitarian theory so what I’ll do here is just sketch what I take to be the essence of utilitarianism. Very generally and very simply, utilitarianism refers to a moral theory that calculates how much good will result from a choice compared to how much bad will result from it, measures the overall good against the overall bad, and then judges whether sufficient overall net good will be produced by the choice to make it a moral choice.

The references to “good” and “bad” above refer to these concepts understood in a sort of pre-moral sense. It is not until the final judgment concerning whether or not sufficient overall net good would result from a choice that the concept of morally good or bad emerges.

(ii) Why is utilitarianism a problematic moral theory?

There are many reasons why utilitarianism is a problematic moral theory but here I will focus on just one or two reasons.

Utilitarianism proceeds by listing out a series of “good” effects and a series of “bad” effects that would likely result from a given choice. As indicated above, this listing of good and bad is blind to the particular moral significance of the goods and bads involved. So it lists out good effects in a way that an amoralist (someone who does not care about morality) might. This is hugely problematic because many goods concern moral principles and/or norms that simply should not be “weighed” against other considerations.

For example, the principle that every human life possesses equal dignity and should not be intentionally destroyed or neglected is not a principle that can be morally “outweighed”. There may be good reasons why this principle can be applied in certain cases to allow for the withdrawal of treatment so that death is allowed happen, for example, but in such cases the principle is not being “outweighed”. Rather, here the implications of the principle are being qualified or specified in light of other relevant principles and norms.

The above also goes for moral duties. Moral duties are basic. In principle they always apply in the relevant circumstances and so they are not outweighed by other considerations. Hence a medic always has a duty of care to her patients. It may happen that exceptions to the requirements entailed by duties can be made, or that legitimate excuses may arise for not fulfilling certain aspects of the duty. But what is happening here is not the pre-moral outweighing of the duty by other considerations. Rather, here the implications and scope of the duty are being qualified or specified in light of other relevant principles and norms.

Likewise, utilitarianism in listing out goods and bads as an amoralist would is blind to how certain justifications and motives should be excluded from any moral analysis.

(iii) Is appeal to the utilitarian ethic unavoidable in the sorts of cases that tend to emerge in the current pandemic?

In a word, “no”. It is true that we often talk in terms of “weighing” and “balancing” goods in order to arrive at a moral decision, but this use of language does not entail that we are committed to thinking like utilitarians.

If a hospital begins its moral decision making guided by the above principles, norms, duties and rights it has already rejected utilitarianism. None of these are justified by a consistent utilitarianism. If a hospital remains true to these moral guides (and others like them) then it remains anti-utilitarian.

Of course, it may happen that a medical team in this hospital needs to decide who gets scarce medical resources. And it may decide against an elderly person obtaining the resource in a particular situation in favour of allocating the resource to a younger patient. This can be a moral decision (see below in the next section), and it doesn’t justify appeal to utilitarian calculations. In such a case the hospital can remain faithful to relevant principles, norms, rights and duties specified in light of each other, and can therefore avoiding listing out a series of pre-moral goods and bads as an amoralist would, and weighing them against each other.

The final decision, then, would be justified by reference to the relevant morally valid principles, norms, rights and duties, and not by reference to a pre-moral weighing of good and bad effects.

(iv) Is there a moral way to make decisions concerning who stands to benefit from scarce resources?

As indicated above, “yes”. I won’t get drawn into specific cases here, I will just outline ways in which a moral decision may be reached—ways which are not utilitarian.

It would be immoral to simply exclude the elderly from the allocation of scarce resources or to presume they shouldn’t be allocated scarce resources. Those positions seem to be only justifiable on the basis of a utilitarian approach which seeks to maximise life-years saved, and which thus implicitly denies the equal value of elderly people. A primary moral consideration must involve the clinical question of whether a patient needs treatment and stands to medically benefit from treatment. There can be no exclusions or presumptions applied to deliberations over this matter. If it transpires that numerous patients fare equally as regards this clinical question and that there are not enough resources for all of them, it may be justifiable to allocate the resources to younger patients on the bases outlined below. (I am not suggesting that the only relevant considerations are the ones outlined below, or that they will apply in all cases, or that there are no considerations that will favour treating older over younger patients.) So in certain circumstances justice may requiring, or at least permit, allocating scarce resources to younger patients:

Dr Tom Finegan, PhD, is a lecturer in theology and religious studies at Mary Immaculate College, Limerick; Vice-Chair of the Board of Governors of the Anscombe Bioethics Centre, Oxford; a member of the Working Group (religious education) of the Council for Catechetics of the Irish Catholic Bishops’ Conference; and a member of the Bioethics Consultative Group of the Irish Catholic Bishops’ Conference.