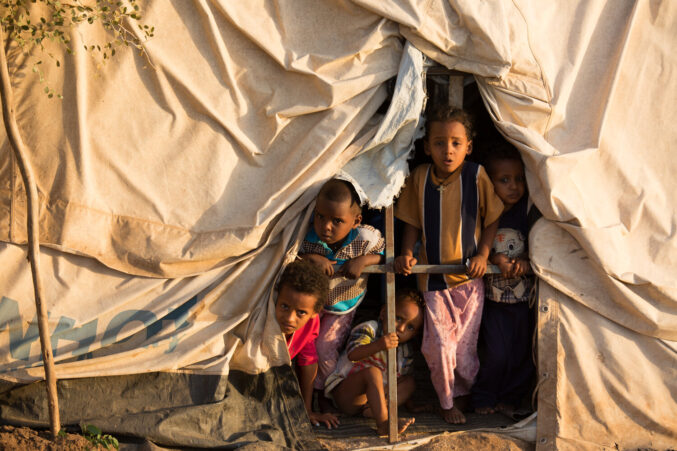 The Covid pandemic has obscured almost all other news, but even before the outbreak one story garnered far less attention than it deserves, namely the violent persecution of Christians in many parts of the world, not least in countries like Nigeria, and increasingly in the Tigray region of Ethiopia where a war is raging.

Over the past 12 year, an estimated 43,000 Christians have been killed in Nigeria, often by Islamist militants, with 3,500 believed to have been murdered since the beginning of this year. Massacres of Christians are taking place also in the Tigray region of Ethiopia.

Aid to the Church in Need catalogues how bad the situation is.

Attack by radical Islamist groups, which usually associated with the North and the ‘Middle Belt’ of Nigeria, are now becoming more common in the South where the majority of the Christian population lives.

Nigeria has an estimated population of 210 million – making it Africa’s most populous country – and almost half of them, about 95 million, are Christians of different denominations, mainly protestant (75pc). The rest of the population is chiefly Muslim.

The United States Department of State has designated Nigeria as a Country of Particular Concern (CPC) for engaging or tolerating “systematic, ongoing, egregious violations of religious freedom,”

An estimated 2,000 Christian schools and 300 churches have been attacked this year, according to the International Society for Civil Liberties and Rule of Law (Intersociety), which is based in Nigeria.

Meanwhile, massacres of Christians are taking place in the Tigray region of Ethiopia, at the border of Eritrea and Sudan.

At the beginning of the year the killing of up to 750 people sheltering in the Orthodox cathedral of Axum was reported.

Ethiopia is one of the most ancient Christian countries in the world and in the 4th century Christianity was declared as the official religion of the Kingdom of Axum, in modern Tigray. The Orthodox cathedral of Axum reputedly houses the Ark of the Covenant.

At present, 90pc of the Tigray population is displaced, after the Ethiopian government has sent federal troops to fight the Tigray People’s Liberation Front, which is accused of holding ‘illegitimate elections’.

Aid to the Church in Need says that young people, particularly Tigrayan women, have been targeted by indiscriminate killing and widespread sexual violence, including the rape of nuns.

“This is clearly genocide against the people of Tigray. This is not just fighting, they are killing everybody – that is a sign of genocide.”, a source told ACN.

The organisation, which has worked in Ethiopia since 1993, has launched an appeal to support victims of the war.