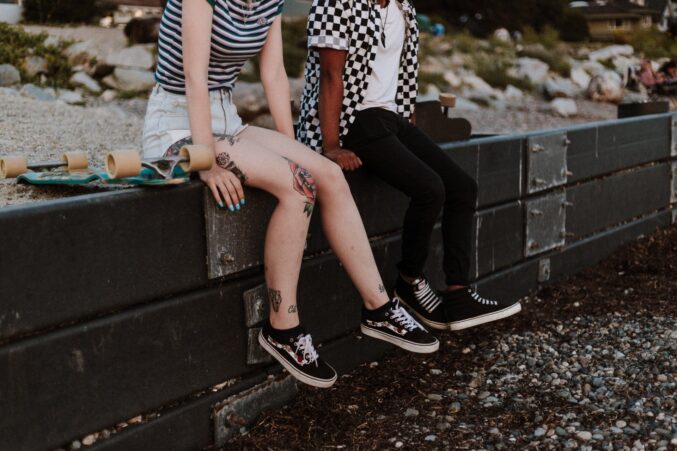 A new ERSI report examines the lives of 20-year-olds in Ireland. Among other things, it finds that about half of them are currently in a romantic relationship and that the vast majority became sexually active from their late teens on. Almost 30pc of girls believe they should have waited longer to have sex for the first time. Unsurprisingly, very few plan to marry in the next five years.

The new research draws on “Growing up in Ireland”, a longitudinal study of children carried out by the Economic and Social Research Institute (ESRI). The latest report looks at those born in 1998 and were 20 at the time when they answered the questionnaires, just before the Covid pandemic began.

The report addresses issues such as education, work, physical or emotional well-being, as well as relationships.

At the time they answered the questionnaires, only 2pc of 20-year-olds in Ireland were living with a romantic partner, 43pc cent were single and not dating, 40pc were in a relationship but not living with that person, and 14pc said that they were ‘casually dating but not exclusive’.

A third reported that they had not dated anyone in the previous year, over half (53pc) had dated one person, 15pc had dated two or more people.

Almost two-thirds of respondents who were in a relationship were dating someone aged 20-22 years.

Young adults tend more and more to delay marriage. Currently, the average age of brides is 35.7 while for grooms is 37.8. According to the ERSI research, 40pc of 20-year-olds who are in a relationship believed that in five years they would be living together but not engaged or married. Only 4pc said they see themselves married in five years, while 19pc thought they would be engaged.

When asked about the occurrence of their first sexual intercourse, 33pc responded they were 17/18 years old at the time, 51pc were between the ages of 18 and 20, while 16pc reported they had never been sexually active.

Three percent of respondents identify as gay or lesbian, and 6pc as bisexual. Nonetheless, 95pc of those who became sexually active for the first time did so with someone of the opposite sex.

Half were in a steady relationship when it happened, 34pc knew each other and 15pc said they had met for the first time.

The survey was carried out just before the pandemic and it will be interesting, in a few years, to see how Covid has impacted the lives on young people, particularly with regard to relationships.

What it finds among 20-year-olds is probably little different from what it would discover among 25-year-olds. The report confirms the extent to which modern sexual norms have strayed from traditional ones and detached sex in many cases from strong commitments, never mind marriage.

This is, of course, one of the great drivers of the abortion rate. People become sexually active in their late teens, but don’t marry until they are in their 30s. Most women who have abortions are single and in their 20s.

Abortion is the price of our sexual freedom.