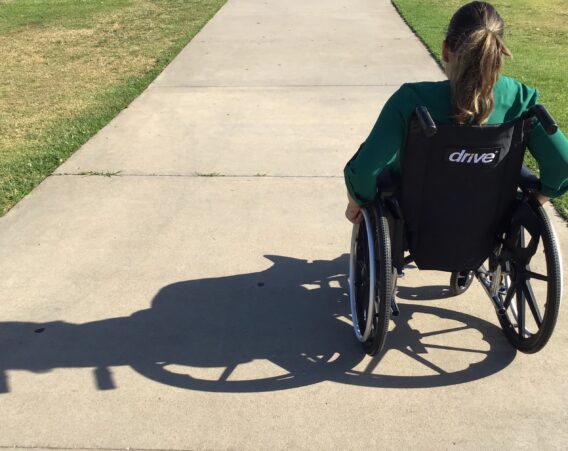 The Oireachtas Justice Committee discussed the topic of assisted suicide/euthanasia in private session during the week. We wonder if the members considered concerns raised by disability rights groups internationally about such laws affect them, the signal it sends that their lives are less worth living than those of fully healthy people.

Four United Nations Rapporteurs on human rights have expressed their concerns in recent times about the impact that euthanasia and assisted suicide laws have on disabled people and their families.

In February 2020, during the presentation of her latest report to the UN Human Rights Council, the United Nation Special Rapporteur on the rights of persons with disabilities, Catalina Devandas, said: “If assisted dying is made available for persons with health conditions or impairments, but who are not terminally ill, a social assumption could be made that it is better to be dead than to live with a disability. People have the right to live and to die with dignity, but we cannot accept that people choose to end their lives because of social stigma, isolation or lack of access to personal assistance or disability-related services.”

She warned that those laws, and also medical practices such as prenatal screening, may “revive eugenics ideas” because of the effect they have on those who are considered unfit. The strongest and more able are favoured while the vulnerable are pressured by society to request euthanasia.

Such concerns are shared by many disabled persons organisations that are actively campaigning against the introduction of laws legalising euthanasia and assisted suicide.

For instance, the Independent Living Movement Ireland have criticised the assisted suicide Bill proposed by far-left TD, Gino Kenny. They wrote in their submission to the Oireachtas Justice Committee: “Many disabled people are against the Bill as it could become a ‘slippery slope’ moving from dying with dignity to assisted suicide, where the conversation changes from people who are terminally ill to people choosing to end their lives, which in other jurisdictions has often focused on people with impairments, who without the supports to live a free full life feel that their lives are not worth living. There are fears which are real and justified by very recent history.”

In January this year, Gerard Quinn ( Special Rapporteur on the rights of persons with disabilities), Olivier De Schutter (Special Rapporteur on extreme poverty and human rights) and Claudia Mahler (Independent Expert on the enjoyment of all human rights by older persons) have together voiced their alarm at the growing trend in Western countries to enact legislation enabling access to so-called “medically assisted dying” based on disabling conditions, which would include old age or dementia.

“Disability should never be a ground or justification to end someone’s life directly or indirectly.”, they wrote.

The three experts said that when, through legislation, assisted suicide and euthanasia are normalised for people who are not terminally ill or suffering at the end of their lives, such legislative provisions tend to rest on assumptions about the inherent ‘quality of life’ or ‘worth’ of the life of a person with a disability.

The message sent to the general public is that some lives are less worth living than others. What follows inevitably is an unconscious pressure on vulnerable groups to feel as a burden to their families and to society, so that a request for medically assisted dying is expected from them.

Such legislative provisions, the UN experts said, would institutionalise and legally authorise ‘ableism’, which is treating someone unfavourably simply because of their disability. Laws of this sort “directly violate Article 10 of the UN Convention on the Rights of Persons with Disabilities, which requires States to ensure that persons with disabilities can effectively enjoy their inherent right to life on an equal basis with others.”

Debates on assisted suicide and euthanasia are often based on values such as ‘individual freedom’ and ‘bodily autonomy’, without consideration for the wider consequences that those laws have on disabled people and other vulnerable groups. The intervention of different UN human rights experts is significant, and it should be carefully considered by the Oireachtas committee that is discussing the “Dying with Dignity Bill”.

Photo by Nayeli Dalton on Unsplash