Who should get priority treatment in a pandemic? 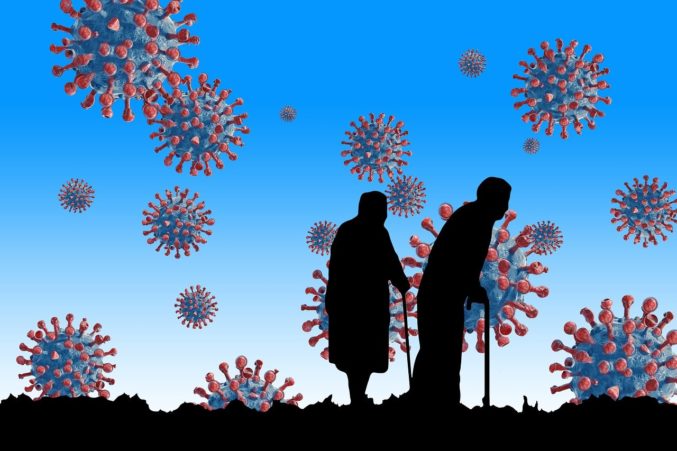 Philosopher Catherine Kavanagh has argued that the ambiguous expression “quality of life” can potentially be used to exclude those who are old or disabled from necessary treatments, especially at a time like this.

In Ireland, it is notable that fewer than 10pc of nursing home patients with Covid-19 have been moved to hospitals for treatment (see here), even though these homes account for a vastly disproportionate number of Covid-related deaths in Ireland.

What exact criteria are we using in deciding which elderly people get admitted to hospital in the current pandemic? It is not clear, but it is vital that we know.

An article that has been published in the prestigious New England Journal of Medicine discusses certain principles for allocating medical resources at a time like this. At first sight they seem to be sensible and agreeable but can also have harmful consequences if wrongly interpreted. In fact, and as we shall see below, it has prompted a critical response from a number of doctors and philosophers. We need a similar debate here.

The article in the NEJM is called “Fair Allocation of Scarce Medical Resources in the Time of Covid-19”.

The authors propose four main values that can be useful when there is a shortage of resources. They are: 1. Maximize the benefits; 2. Treat people equally; 3. Promote and reward instrumental value; and 4. Give priority to the worst off.

Based on a number of studies and documents produced through the years, those values can be interpreted differently and have to be translated into more definite guiding principles. The authors of the document propose six specific recommendations for allocating resources in the current pandemic, according to their own interpretation of those four values.

Without going into a detailed analysis of those recommendations, I will use the article to highlight how different interpretations give distinct outcomes that are not always ethically acceptable. The authors specify that no single value is sufficient to determine which patient should receive treatments.

I will deal with some of their principles here, and save the fourth value for a further article.

The authors say: “Fair allocation requires a multi-value ethical framework that can be adapted, depending on the resources and context in question”.

This is an important principle as abstract ethical considerations have to match with the circumstances. Ultimately, what is appropriate has to be decided by all of those involved, including the patients and their family. Nonetheless, a critical assessment of the ethical principles that guide those decisions is necessary beforehand.

I will begin with considering the fourth value, which is “give priority to the worst off”, as it is the one least discussed in the article but it is also the most ambiguous.

What does “worst off” mean? The article suggests two interpretations: the sickest or the youngest.

If the aim of medicine is to prevent, to cure and to take care, the worst off is someone who is in the poorest conditions from a clinical point of view. Someone who, using a clinical scoring system, is deemed able to recover but needs treatment more than others. (This would exclude futile treatments, when there is no prospect of recovery, and also non-necessary interventions, when someone can recover without treatment.)

However, other interpretations of the aim of medicine, focused more on well-being and quality of life, would claim that the worst off are those who “are at risk of dying young and not having a full life”, as the article explains, without endorsing this specific interpretation. The worst off could be “the younger people who will have lived the shortest lives if they die untreated”.

The difference between those two interpretations is not scientific but philosophical and it appears again in the discussion of the first value proposed by the NEJM article, which is the maximization of benefits.

This can be understood as saving the most individual lives or as saving what they call “life-years”, which means saving the patients who will survive longest after treatment. It is a crucial distinction.

A utilitarian approach to medicine would claim that those who have more years ahead of them, because of age or health conditions, should be prioritised. (I have addressed this issue in my previous blog).

A personalist approach, instead, would say that all persons have incomparable worth, which cannot be measured or weighted against.

The NEJM article first suggests a balance of those two approaches, which I doubt to be possible. Then it claims that the life-year principle “becomes relevant only in comparing patients whose likelihood of survival is similar”, which means that only when two are in the same situation the youngest, or the most able, will be prioritised.

This is not ethically acceptable as it amplifies and perpetuates existing injustice against individuals with disabilities or older. Disability or nearness of death does not diminish the value of a life.

The NEJM article has prompted a reply from a group of philosophers and doctors who, in their joint statement, say: “we fear the practical effects of emphasising life-years, especially in a culture like ours.….in which youth is worshipped and the natural effects of age are despised. Sometimes we fall into a pattern of thinking of the elderly as a ‘burden’—on themselves and on us. We already have political movements, and in some places laws and policies, that would permit or encourage assisted suicide or euthanasia for those with lives judged to be no longer ‘worth living’ or ‘burdensome’ to society, including the frail elderly.

“In this milieu, a policy of almost always prioritising the young over the old could reflect and entrench a bigotry that is already widespread. It could lead to a further devaluation of the lives of the elderly, which could work severe and often lethal harms far beyond the triage scenarios imposed by public health emergencies. That is a possibility that gives us strong prudential reasons to oppose any principles that would advise doctors to maximise the number of life-years saved rather than to look to the number of lives saved—old or young.”

After having considered the first (maximise benefits) and the fourth (give priority to the worst off) value proposed by the New England Journal of Medicine article, let’s move to the second one, which is “treat people equally”.

This one is less controversial, at least in principle, but the meaning of “equally” can be interpreted in various ways.

The authors reject the first-come first-served allocation that it is used in other contexts, such as a waiting list for organ transplants. Treatments for Covid-19 are urgently needed and if equality is interpreted as a first-come first-served approach, this would favour those who are closer to the health facilities or it would encourage overcrowding, as happens each year in A&E.

When patients have similar prognoses, the article suggests random allocation, like in a lottery. This is a simple solution, it is not particularly problematic from an ethical point of view and it would spare us from considering other non-medical characteristics. But those circumstances are rare.

In any case, when patients have dissimilar prognoses it is crucial that everyone is entitled to equal respect and equal concern, according to their needs.

“Promote and reward instrumental value”, the last principle proposed by the journal, is the most complex one and I will address it in my next blog.

This article seems to indicate that hospitals have been placed in front of nursing homes in the allocation of scarce resources. That would be a form of triage, along with putting them at the back of queue in the scramble for staff, PPE, medication, etc.