Why Roe vs Wade was overturned 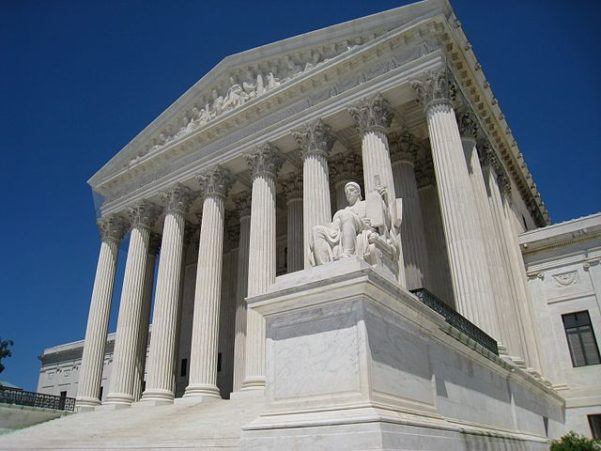 The Supreme Court of the United States has overturned Roe vs Wade, the 1973 ruling that a woman has an untrammelled right to abortion up to viability. Why did it do so? The simple answer is that the 1973 ruling had no real constitutional basis.

The new ruling does not ban abortion. It simply gives the elected politicians, and by extension, voters, the freedom to legislate for or against it. This is the same situation as in Ireland, after the 2018 referendum, and in other European countries.

The Roe vs Wade ruling in favour of abortion was built on an earlier ruling that found a ‘right to privacy’ in the Constitution, although that ‘discovery’ was also highly suspect.

“The right to privacy … is broad enough to encompass a woman’s decision whether to terminate her pregnancy.”, said the Supreme Court in its Roe vs Wade decision.

In its new ruling in Dobbs vs Jackson, the Supreme Court has decided by 5 to 4 majority that: “We hold that Roe and Casey must be overruled. The Constitution makes no reference to abortion, and no such right is implicitly protected by any constitutional provision.”  (The Casey ruling dates from 1992 and confirmed that original 1973 decision.)

What Justice Alito was saying is that the US Constitution enshrines abortion neither explicitly nor implicitly.

In 1975, Justice Byron White, in his dissenting opinion in Roe vs Wade called that ruling an “exercise of raw judicial power”, meaning the judges essentially created the right out of thin air because they wanted to.

His words were vindicated by the current Supreme Court when they declared that a right to abortion has no support in history or relevant precedent, and Roe vs Wade was “egregiously wrong. Its reasoning was exceptionally weak, and the decision has had damaging consequences.“

The most damaging consequence of Roe vs Wade was allowing abortion for any reason up to viability, which would be considered extreme even by the liberal standards which are now common in the West. Most European countries permit abortion after 12 weeks only in (theoretically) limited circumstances.

Another consequence of Roe vs Wade was that any democratic attempt to limit abortion was potentially deemed unconstitutional.

Justice Alito wrote that the 1973 Supreme Court “short-circuited the democratic process by closing it to the large number of Americans who dissented in any respect from Roe.”

The new ruling leaves the question of abortion up to the people and their elected representatives.

Terminations will, in fact, continue to take place in most states, and there will be no immediate change, but possible limitations can be introduced with time. In some states, pre-1973 bans can now be enforced, while in other states, more recently passed laws will go into effect, banning or restricting access to abortion.

Overturning Roe vs Wade was probably the main political goal of the pro-life movement in the US, and it has to be abundantly celebrated. This victory, which many considered impossible, proves that pro-life activism has a future even when circumstances appear hopeless. It is an encouragement for the whole world, Ireland included.

The pro-life battles will continue in the U.S. at the state level, trying to change current liberal laws or to prevent their introduction, but also promoting policies and offering services that help pregnant women in difficult circumstances. The pro-choice movement will fight back, but that is how normal politics works.