Why vaccine passports must not be compulsory 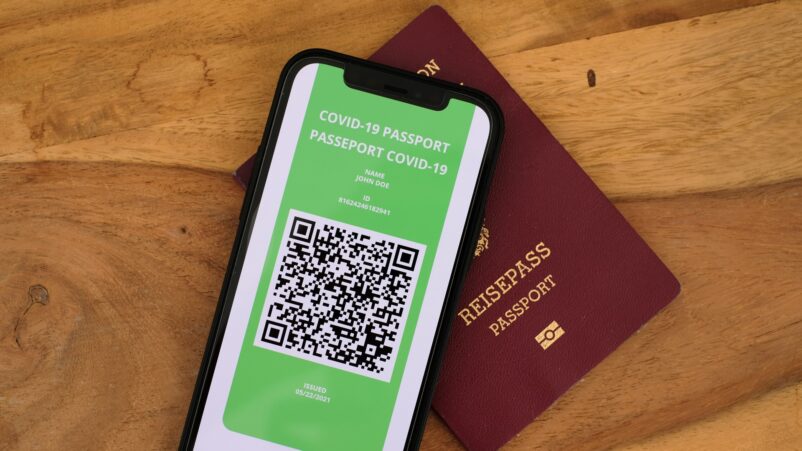 ‘Vaccine passports’, if they are introduced, are documents which would certify that someone has been vaccinated against Covid-19. Without them, you might not be able to access certain places or services. There is even concern churches might insist on them for access to worship. But they are morally problematic for a number of reasons.

Of course, authorities have a right, and also a duty, to protect public health, but the necessary measures have to be proportionate and should not infringe basic rights.

Personally speaking, I believe I have a moral duty to be vaccinated. But I also believe that this must be voluntary, and the State (and private organisations as a general rule) have no right to impose a Covid-19 vaccine on citizens.

Every medical treatment should be based on consent. If excessive burdens are imposed on those who do not want, or cannot get vaccinated, this becomes de facto a form of coercion.

A refusal to be vaccinated should be respected. Some people might have moral or philosophical reasons to object to vaccines and, unless they become dangerous to others, it is their right to follow their conscience.

Requiring people to prove they have received the Covid vaccination to access certain places or services is equivalent to punishing those who have not received it. It creates two classes of citizens, and one has more rights than others.

An alternative to insisting that someone who boards a flight (say), has been vaccinated, is to ensure they test negatively for the virus before they embark.

Another negative effect of requiring vaccine passports is the possibility of diminishing public confidence in health authorities. Hesitant citizens will become even more suspicious if public health measures are enforced with a punitive attitude.

Vaccine passports are not per se immoral. Restrictions can be introduced when the circumstances require them, but only on a limited basis and they must be proportionate to the actual threat that unvaccinated people pose to the rest of society.

It is also important to distinguish common or essential activities from non-necessary ones. People should not be prevented accessing necessary services.

The use of vaccine passports instead would be more acceptable, for instance, to restrict those travelling from countries with a high level of infection, as they are more at risk, but it should not be the norm for the general population. Again, passengers could be tested for the virus before boarding.

Concerns similar to the ones outlined above have been expressed by a letter signed by more than 1,200 church leaders in the UK, warning that introducing vaccine passport would create a “medical apartheid”.

“This scheme has the potential to bring about the end of liberal democracy as we know it and to create a surveillance state in which the government uses technology to control certain aspects of citizens’ lives,” the letter said.

The Anscombe Bioethics Centre, a Catholic institute based in Oxford, has produced a detailed document in response to the UK government call for consultation on vaccine passports. They claim that “if applied widely, [vaccine passports] would undermine the voluntariness of vaccination and constitute unethical coercion. They would also very likely be socially divisive and raise questions in relation to equality law.”

Photo by Lukas on Unsplash