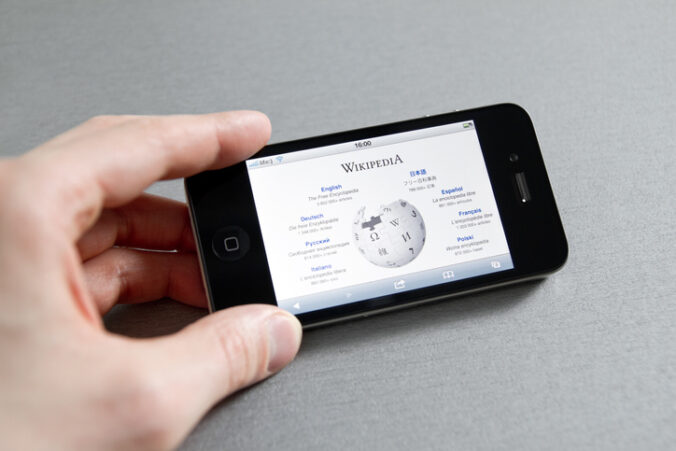 Larry Sanger is the co-founder of Wikipedia, a website many ordinary people take to be an authoritative source on basically everything, a sort of internet version of Encyclopedia Britannica. On many issues, it is nothing of the sort, which is why Sanger has lost faith in his creation. He believes it lost its impartiality years ago.  The problem is particularly acute when a group, such as The Iona Institute, holds a religious and broadly socially conservative view of the world. Then you can expect short shrift indeed. Thus, our entry, over which we have no influence, is dominated by the views of our harshest critics, and in one instance an outright falsehood is published.

You would never know to read the Wikipedia entry for The Iona Institute that we have been addressed by Oxford and Cambridge professors, as well as a former Taoiseach and several former Government Ministers, plus Catholic and Church of Ireland bishops.

The entry for the Christian Institute in Britain is equally awful. Straight away they are called ‘fundamentalist’ and their critics are quoted. Alliance Defending Freedom is called a ‘hate organisation’ because that is how a far-left group in the US has labelled them. Youth Defence in Ireland is accused of having ‘neo-Nazi’ links on the most tenuous grounds. The entry for the editor of Gript.ie, John McGuirk is awful, directly designed to turn readers against him. Absurdly, we are accused of receiving Russian money (having been falsely accused for years of receiving American money).

Wikipedia entries are written by ‘editors’ who are essentially self-appointed, and the more you edit, the more seniority you gain. It is very hard to over-write these senior editors and their word becomes virtual law. They frequently hide behind a cloak of anonymity.

If activists from a far-left party like People Before Profit got to write the Wikipedia entries for Fianna Fail and Fine Gael you can imagine what they would read like. Well, that is how the entries for religious and socially conservative groups read. They are totally agenda-driven and lacking in objectivity, and cannot be taken seriously..

In an interview in December with the online magazine, Unherd, Sanger said that at Wikipedia, there was an initial commitment to neutrality, but this was abandoned after 2009. In the years since, on a range of issues, it has become increasingly partisan, and now promotes viewpoints that increasingly represent “propaganda”. This, says Sanger, is why he left the site in 2007, describing it as “broken beyond repair”.

He has previously said that those “who work the most on Wikipedia tend to be really comfortable with the most radically egalitarian views.”

This is something to keep foremost in your mind when reading any Wikipedia entry, especially those that touch on controversial social, political, religious and moral issues. Many are so bad, they would read like parodies, if they were not so full of malice and bad will.