Will Modern Ireland Tolerate Catholic Schools?’ A new paper from The Iona Institute 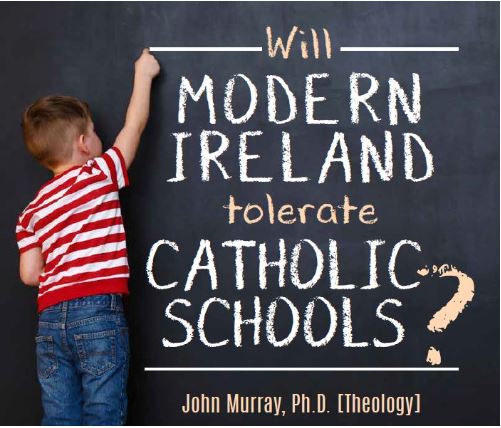 WHAT will Catholic and other faith-based schools be allowed to teach in the future? This is the crucial question theologian and chairman of The Iona Institute, Dr John Murray, asks in our new paper, ‘Will Modern Ireland Tolerate Catholic Schools?’

As Ireland continues to change and becomes more multi-cultural, will the pressure increase on faith-based schools to stop teaching certain claims about truth and morality that might be deemed ‘offensive’?

For example, will a Catholic school be allowed to teach that ‘Jesus is Lord’?, or that ‘abortion is wrong’? Might these claims be deemed ‘disrespectful’ to those of other beliefs? Will we have to teach that truth and morality are really matters of opinion?

The Iona Institute has always argued that there should be more divestment of Catholic schools to better reflect our changing population, but also that the remaining schools must be allowed to teach what they believe to be true.

But it is possible that the ‘doctrine of diversity’ is becoming so all-pervasive that even this will not be permitted either through official State education policy or by informal, social pressures on schools.

In our new paper, Dr Murray points out that Catholic schools are already very diverse in practice and do a good job respecting all their pupils without a need to further water-down their ethos.

He argues that Ireland will actually lose diversity if the identity of faith-based schools is reduced to meaninglessness.

He says our schools must be prepared to stand up for what they believe in.

We hope you find the paper of interest. It is being sent to Catholic education stake-holders, among others, to help inform the ongoing debate about the place of denominational schools in Ireland.

The paper can be downloaded by clicking here.