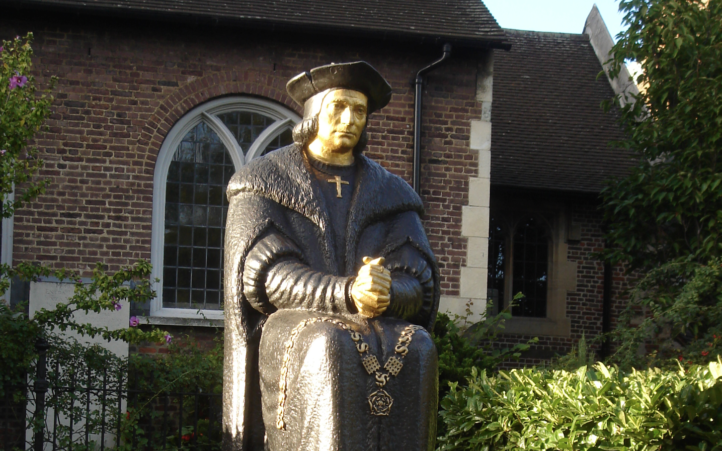 Just in time for the publication of The Mirror and the Light, the third and final volume of Hilary Mantel’s trilogy about the life of Thomas Cromwell later this year, my old friend Richard Rex, a history professor at Cambridge, has delivered a lecture in Dublin on the first volume, Wolf Hall. It should be required reading for anyone thinking of reviewing the latest book.

Like Henry VIII, I do like a skilful hatchet job, and Rex offers a thoroughgoing demolition of Ms Mantel’s claim to veracity in her treatment of Thomas More. As he observes, More takes over the story, and in order to make Cromwell a hero, More must be made a villain. Or to paraphrase John the Baptist, More must decrease, so that Cromwell can increase.

If you’ve read Wolf Hall – and it was an astonishing, deserved success on publication in 2009 – you’d have been startled at the way Mantel’s depictions of both characters reversed all the received truths. Out went Thomas Cromwell, the calculating, ruthless, avaricious destroyer of Catholic England; in came Cromwell the Renaissance man, linguist, humanist, devoted family man, proto-liberal, equally at home with soldiers and with scholars. Out went Thomas More, the humanist, friend of Erasmus, enlightened father, wit, humorist and martyr for conscience: in came More, a bloodless, solemn, ruthless antagonist of the Church’s enemies.

We are, of course, talking about a work of fiction, though one apparently based on five years’ research. And the thing about Wolf Hall (and its successor, Bring Up the Bodies) is that it was a remarkably convincing attempt to make the Tudor world seem as intelligible to us as our own, its language as familiar as ours, its characters as real as ours. It was a feat: a depiction of a 16th-century man which made him seem like one of us, not removed in time and sensibility. It was an extraordinarily skilful remaking of Cromwell, one of the least attractive individuals in English history, with traits calculated to appeal to contemporary sensibilities. For instance, he turns out to be revolted by hunting… Who’d have thought it? The trouble is that Mantel’s fictional creation of Cromwell as a proto-liberal risks becoming the modern take on the man.

You can read the rest of this article on the Catholic Herald.

You can find the video of the talk here.