Yet another exercise in Church-bashing 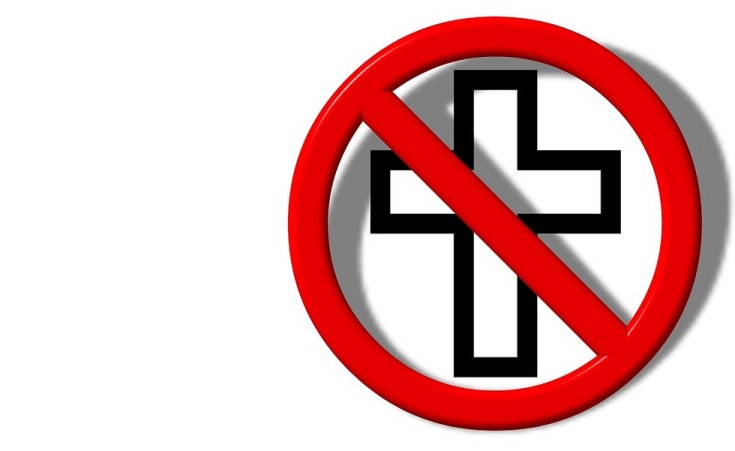 Tonight. RTE airs a documentary called ‘Rome v Republic’. To judge by the preview articles, it will be sharply critical of the Catholic Church. How original. Its director, Niamh Sammon, had an opinion piece in the Irish Times the other day in which she asks if it is right ‘that institutions that presided over the abuse of children should maintain control over most of our schools?’

She makes no reference to the fundamental changes in awareness, attitude and public policy across all institutions that care for children in Ireland today or to the rigorous child safeguarding protocols in place in schools, hospitals, sports centres and churches of all denominations. We are thankfully living in different times where the protection of children in public spaces is concerned. It is doubtful if any other institution in today’s Ireland is more stringent and systematic in its approach to the protection of children than the Catholic Church.

There are many other national institutions, both voluntary and statutory, who have failed children but you never hear calls for their withdrawal from their roles in public life, only for their reform. The Scouts are one example that come to mind. Failures are usually deemed to be systemic and there is little media interest in doggedly pursuing culpable individuals. Not so when allegations concern Church personnel.

Niamh Sammon describes the faith of 19th century as a ‘ hodge podge of fairies, holy wells and Catholic saints’. Hardly surprising that her own article is a hodge podge of historical ignorance and significant omission.

To claim, as she does, that charitable institutions ‘ sprung up under the direction of Cardinal Cullen to serve the ‘ dire needs of the Catholic poor’ during the 1800s, sweeps aside the signal contributions to education and welfare previously made by earlier religious pioneers. These included such individuals as Nano Nagle, Edmund Rice, Mary Aikenhead  and Catherine McAuley who worked to help and educate the poor as the Penal Laws were slowly lifting and before Cullen ever returned to Ireland.

Cardinal Cullen is mostly credited with building up the diocesan and parish structures of the Irish Church, not with extending the remit of the church into education, health and charity. That work was already soundly established by committed lay people of faith who used their personal fortunes to launch what would become world wide foundations. Nano Nagle (judged most admired Irish women of all time ahead of Mary Robinson in an RTE poll some years back) beggared herself and endangered her life and health to educate the Catholic poor of Cork in the late 18th century.

Up to the 1950s and 60s, the decades before Niamh Sammon was educated by the nuns when the state was finally in a position to step up to its responsibilities, the religious foundations continued the work of their visionary founders with minimum state support.  Not just in Ireland  but across the globe. Feminist writer, Germaine Greer, recalling her convent schooling in Australia, wrote, ‘they (the nuns) really loved us. I realise that now although I didn’t realise it at the time’

Niamh Sammon’s historic revisionism reaches incredulity when she writes that the British brutally suppressed the Wolfe Tone led rising of 1798 ‘with the support of the Church ‘. The ’98 rebellion was suppressed brutallly by the forces of the Crown and the Crown alone.  Catholics, including celebrated priests like Fr Murphy of Co Wexford, were among the rebel ranks.

It is true that the Church, having witnessed the excesses of the French Revolution, did officially oppose the movement.  In this they were prescient as it quickly descended into sectarian strife between Protestant and Catholic rebels, leading to the slaughter with fork and pitch cap of many Catholic supporters. The Act of Union that quickly followed the failed rebellion excluded Catholics from participation in Parliament.

Nowhere in her article does Niamh Sammon mention the Penal Laws which continued under statute till 1829. On the contrary,  she makes the extraordinary claim that ‘the Crown gave money to the Church to grow its power and influence’ during the 1800s. It did support Maynooth, but only to prevent Irish seminarians being trained on the Continent where they might be exposed to anti-British ideas.

In fact, the Church’s growth in status, which would continue till well beyond the mid 20th century.was driven by the support of rank and file Catholics who along with their priests had suffered religious persecution since the Reformation and shared a narrative of oppression and subjugation.  ‘Pride of caste’ was the driving force behind the building of elaborate churches, schools and other Catholic foundations in the early decades of the newly liberated faith. The Crown did not interfere but non-interference can hardly be described as support.

This hodge podge of history appears to be no more than a preamble to the writer’s issues with the slow pace of school divestment in in the country, illustrated most recently by resistance in north Dublin.  According to her, the state must not ‘sit on the sidelines ‘ while parents and communities weigh up the pros and cons of opting out of Catholic management.

It is ironic that once again the people and their opinions about how they wish their children’s schools to be run is to be suborned to ideological, national policy.