Yet another report downgrades the natural ties 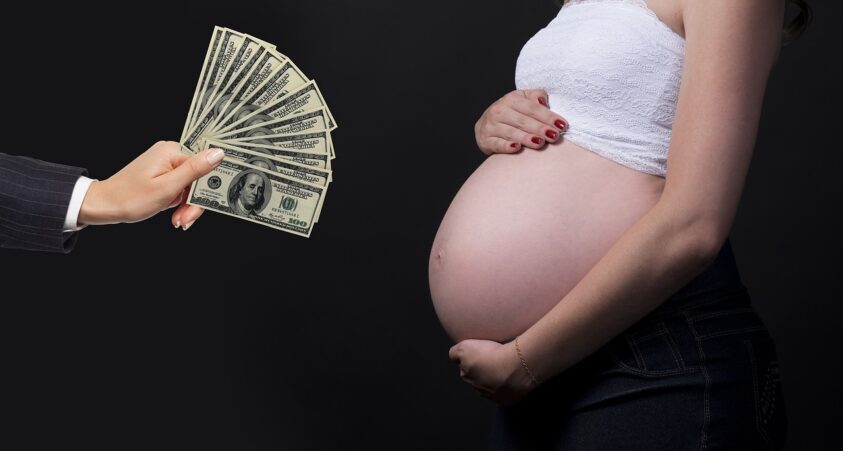 In a new report for the Government, the Special Rapporteur on Child Protection has recommended legal recognition of domestic surrogacy arrangements even where the commissioning couple have no genetic connection the child. This gives the natural ties short shrift indeed.

The recommendation would allow a given couple to use the sperm of one donor, the egg of another, and then place the resultant child in the womb of the surrogate mother. At the end of all this, they would then take possession of the child. Incredibly, this proposal is defended and promoted under the general heading of the child’s ‘best interests’.

The recommendation is to be found in a new document commissioned by the Government and written by Professor Conor O’Mahony, who is Special Rapporteur on Child Protection. It is among 27 recommendations he makes in relation to future legislation regarding surrogacy, artificial reproduction using so-called donors, and recognition of parentage.

The overall philosophy of the report makes ‘intentional parents’ more important than biological parents, which is already very much the general thrust of Irish law. Some of O’Mahony’s recommendations would reinforce this trend, in particular the one mentioned above.

‘intentional parents’ are individuals who wish to use the sperm and/or eggs of other people to have children of their own. The biological parent in these scenarios is more or less excised from the picture. Intent, or choice, trumps the natural ties. It is another manifestation of pro-choice ideology in its broader sense.

A general scheme of a “Assisted Human Reproduction Bill regulating those issues was drafted by Simon Harris in 2017 when he was still Health Minister, but it remains under scrutiny due to the legal and moral complexity of these matters.

The document by Prof. O’Mahony is often critical of the 2017 Bill and offers alternatives to some of the problems but, as with the Bill, the recommendations continue to downgrade the importance of natural ties and fails to properly protect children’s true best interests, despite its intentions.

This is ironic given that the intention of the report is to defend a child’s ‘best interests’.

How is it in the best interests of children to be deliberately separated from their genetic mother and father, but also from possible siblings, and other significant relations? The painful experience of adopted people who try to reconnect with their genetic parents proves that the natural ties matter, even when children are brought up in loving families.

Professor O’Mahony urges us to “accept the reality of surrogacy as an international phenomenon” (p. 6) and regulate it rather than reject it, otherwise the commissioning couples, or even singles, would rely on the black market.

Accepting the reality of surrogacy, and then regulating it as effectively we can, is how we can defend a child’s ‘best interests’, seems to be his general line of reasoning.

But, in footnote (n. 3), the Report acknowledges that surrogacy arrangements are permitted only in nine out of 43 European countries while it is prohibited in 24. In another nine it is unregulated.

Clearly, most of Europe views a child’s ‘best interests’ differently than Professor O’Mahony and they are not as defeatist about existence an Assisted Human Reproduction black market.

A debate on what form of legal recognition is more appropriate for children who are already born as a result of surrogacy arrangements is necessary, but it should only happen after we have clearly prohibited such arrangements, as it is the case in most of Europe. Prohibition, even if imperfect, is a form of deterrence.

However, in one respect at least, the report does point in the right directions. Recommendations 14-20 mirror those listed by the Iona Institute in its submission to the Oireachtas on the 2017 Bill.

In the Bill, those conceived through donation would only have access to information about their donor mother or father when they turn 18. The Report recommends lowering this to 12 years, and it also recommends some arrangements that would make easier for the parents to access details about the donor, soon after the birth of the child.

This, at least, gives the natural ties some bit of due, even if the report overall does not.