An extreme ‘exclusion-zone’ law is debated in the Seanad 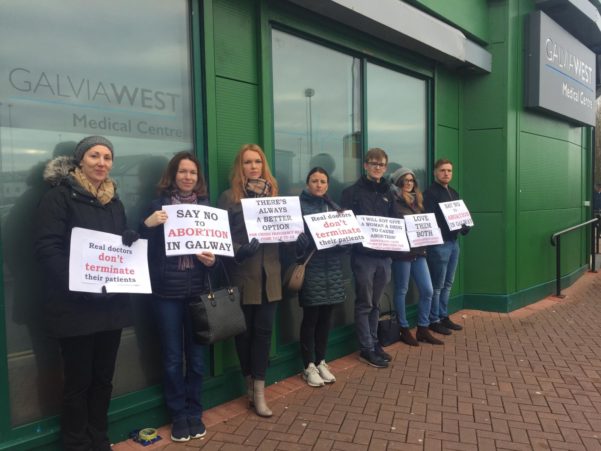 Almost no country in the Western world bans holding pro-life vigils or protests outside clinics and hospitals that facilitate or conduct abortions, but the Seanad has just voted in favour of a Bill that would make it a criminal offence to do just that. It even includes pharmacies. Most other countries have declined to take this step because it would represent such a fundamental attack on the right to protest.

Fortunately, the Bill, tabled by Senators Rebecca Moynihan (Labour) and Paul Gavan (Sinn Féin) is unlikely to pass in the Dáil as it has no support from the Government. However, the fact that is has gotten this far speaks volumes.

Minister for Health, Stephen Donnelly, said that the Bill won’t survive a constitutional challenge because it goes too far in curbing civil liberties, but the Government is working on its own legislation on this issue.

The Bill bans any opposition, including praying silently, to abortion, or even to contraception, within 100 metres of venues providing abortion or prescribing contraceptive pills. It is so extreme that it would make a criminal offence, for instance, to run a pro-life rally in O’Connell Street because there are pharmacies dispensing contraception and/or the abortion pill nearby.

Even Minister Donnelly noticed this absurdity. He told the Seanad: “If 100 m safe access zones were to be created in somewhere like Dublin city around every pharmacy, GP and family planning clinic, etc., then we would end up in a situation where we could not have legitimate protest or demonstrations.”, he said.

Independent Senators Sharon Keoghan and Ronan Mullen tabled some amendments to the Bill but they were all rejected. One amendment would have allowed discussion of abortion in nearby places such as a coffee shop without thereby incurring a possible criminal prosecution. Another proposal would have removed prayer and counselling from the list of actions the Bill proscribes.

Since the abortion law passed in December 2018, the Government has promised to introduce some form of censorship around hospitals and GP clinics where terminations take place.  Nonetheless, such legislation has been postponed because “the previous Minister was presented with a significant amount of legal opinion which said that this type of provision was unnecessary and unconstitutional or would have too much of a chilling effect on civil liberties.” Minister Donnelly said. “An Garda Síochána informed my predecessor and the Department at the time that these powers, this law and the fulfilment of this promise was not necessary.“

In 2019, Leo Varadkar who was then Taoiseach, said that a law on exclusion zones was running into legal difficulties regarding constitutional rights to ‘free speech’ and ‘peaceful protest’.

Such legislation is still part of the Programme for Government but Minister Donnelly recognised how difficult it is to limit the expression of legitimate opinions on abortion without pushing up against civil liberties. One of the problems is that, “An Garda Síochána said it did not need this measure and had very strong advice stating that it was not necessary, would not be constitutional, would not survive a challenge and so forth. I have given very clear instruction to the Department to find solutions to the very serious challenges.”, Minister Donnelly stressed.

In the North, meanwhile, the Northern Ireland Assembly has already passed a new law that makes illegal to offer pro-life assistance near hospitals or clinics. Any attempt to influence a pregnant woman around “protected premises” is deemed a criminal offence.

The island of Ireland, having recently permitted abortion on very wide-ranging grounds, is now moving severely limit the freedom to protest in ways contemplated in few other countries.