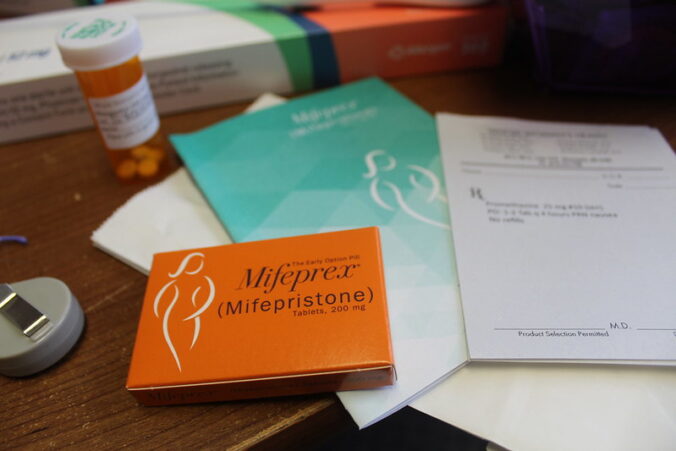 The first annual report on the operation of the 2018 abortion legislation was published on 30th June 2020, covering the twelve months January – December 2019.

A total of 6,666 abortions are reported. Under the legislation, a standard reporting form for each abortion is supposed to be completed and forwarded to the Department of Health, and 6,666 such forms were received in 2019. Add to this figure 375 abortions in 2019 in Britain for women who gave Irish addresses, and the total number of officially reported Irish abortions for 2019 is of the order of 7,000. The number of live births here in 2019 was just under 60,000. Combining these figures gives an abortion ratio (abortions per 1000 live births) of 117.8 for Ireland in 2019.

While 7,000 abortions is a shockingly high figure, and while it certainly gives the lie to those propagandists who said in 2018 that legalisation would reduce rather than increase Irish abortion rates, I think that most statisticians, who were familiar with abortion ratios from other European countries, where abortion is also legal and which have abortion regimes similar to ours, would react with utter disbelief to the reported abortion ratio of 117.8. Disbelief, because a ratio of this magnitude is unrealistically low by international standards. There is, almost certainly, under-reporting of abortion numbers going on here.

A comparison with Portugal

RTE sent a Prime Time team to Portugal prior to the 2018 abortion referendum, judging (correctly in my view) that it was the country whose abortion experience was most relevant to Ireland. Portugal waited until 2007 to legalise abortion, and then introduced an abortion regime similar to what was being proposed for Ireland. Given the many similarities between the two countries (culturally Catholic, relatively small populations, economically comparable), and given that both countries had held out against legalised abortion for many decades after most European countries had done the opposite, it seemed very reasonable to use the Portuguese experience as a guide to what would happen here following repeal of the Eighth Amendment.

The abortion ratio numbers for Portugal following legalisation of abortion there in 2007: 172.3 in 2008, rising steadily nearly every year to reach a peak of 210.6 in 2013, and declining gradually thereafter to 170.9 in 2018. Even the smallest of these abortion ratios (for 2018), achieved after eleven years of operation of their new abortion regime, is 45% higher than the ratio reported for Ireland in year one.

Put another way, even if we had managed to match the lowest Portuguese ratio of 170.9, with 60,000 live births here in 2019 this would have translated to about 10,250 abortions. This is far in excess of our 7000 reported abortions.

Assuming that GP’s do not get paid for abortions which they do not notify to the authorities, under-reporting from this source seems highly unlikely. But I cannot rule this out entirely, because there is a huge discrepancy between the number of monthly abortions in the Department of Health report, and the number provided to Samantha Libreri of RTE News by START, an organisation of medics who had signed up to perform abortions under the new regime. In the official report, the highest monthly number is 625 abortions, which were reported for January 2019. START, in contrast, reported 800-900 abortions per month for the early months of 2019. It is impossible to reconcile these numbers, but what is possible is to obtain details of actual payments to GP’s for each abortion carried out here in 2019, and to use these to verify the accuracy, or otherwise, of the official figures. I have requested this information from the Department of Health under the Freedom of Information Act.

The most likely explanation, however, for the low official numbers is that (just as happened under the Eighth Amendment) women here continue to import and self-administer abortion pills in large numbers, and these do not appear in the official figures. This problem has been acknowledged in other jurisdictions with legalised abortion e.g. Great Britain, and it would be naïve to assume that it will not be a problem here too. Just as some Irish women continue to travel abroad for abortions, in pursuit of anonymity, some will import and self-administer abortion pills for the same reason. It seems plausible, in fact, that this will be more of a factor in Ireland than elsewhere, because we have a small population in a small geographical area, and in many parts of our country there might be concern that a visit to an abortion centre would not go unnoticed.

Which leaves the statistical problem of estimating the number of these self-administered abortions. Prior to the abortion referendum, there were efforts to estimate the size of this problem by looking at data for access, by Irish women, to websites advertising abortion pills. An estimate of 1000 self-administered Irish abortions per year was arrived at on this basis, and was I think accepted by both sides of the abortion debate. A similar exercise now needs to be carried out each year, surely, in order to arrive at a reasonably accurate estimate of our true abortion figures.

It will be a major surprise to me if, after estimating self-administered abortions, and checking the official numbers against number of payments made to GP’s for abortions, the true figure turns out to be close to the official figure of 7000 abortions a year. Two years ago, I wrote a blog (posted on the Iona Institute website) estimating that we would have at least 12,000 abortions here annually within two years of legalisation. I would reduce that estimate now, but only because at the time I had expected the number of live births here to recover to their pre-recession level of about 70,000 per annum, and I can now see that this is unlikely to happen. But I still think that Portugal is the best country for us to base our own estimates upon, and on that basis, I still expect the true number of abortions per year here to be in the range 9,000 to 10,000 in a few years. (Unless Covid-19 continues to wreak havoc on our economy and our society; in that event, I have no idea what our abortion rates will be.)