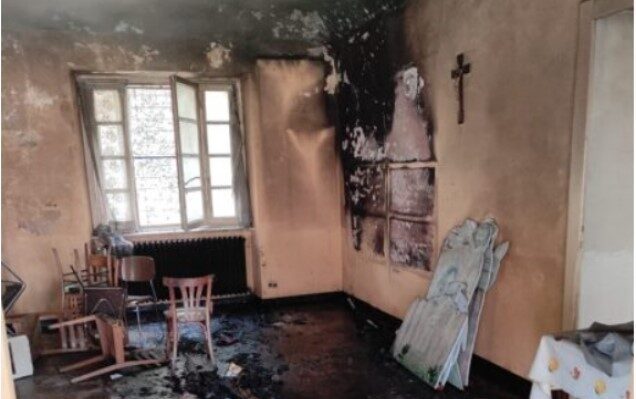 Violence against Christians in Europe is both unrecognised and underestimated, says a major new report. Secular intolerance and Islamist physical violence are two main threats to religious freedom, but they often downplayed by media.

The Observatory on Intolerance and Discrimination against Christians in Europe (OIDAC) looks at five European countries where the rights of Christians are under most pressure, namely France, Germany, Spain, Sweden and the United Kingdom.

The Vienna-based organisation found that in 2019-20 anti-Christian incidents, including murder, have increased in frequency. In France, three Christians were killed by Islamists and many more were injured in 2019-20.

According to the report, the strongest secular trend threatening the exercise of religious freedom aims at marginalising Christians from the public sphere. Even in countries that have a reputation for being tolerant, such as Sweden, Christians are practically excluded from some professions because of the lack of the right to conscientious objection. Doctors and nurses, for instance, are forced to participate to abortion.

All five countries covered by the report were found to have problems with the protection of freedom of speech. Self-censorship is becoming more frequent in the public square, because of the fear of negative consequences.  This problem is exacerbated by sensationalist and religious-illiterate media that distort or misrepresent the history and the views of Christians, who are frequently mocked or disproportionally criticised.

The United Kingdom is the country with the most cases of legal prosecutions for “hate speech”. Workers have been sanctioned or dismissed for defending the traditional Christian teaching on marriage or on sexuality. Even Biblical quotes have been seen as hateful on social media and reported to the police. (We saw a particularly drastic case of this in Finland recently. Fortunately, the accused person, a former Government Minister, was acquitted.)

The introduction of “censorship zones” around abortion clinics by some local authorities in the UK and Spain has also limited the possibility of prayer and offering help. The same is now set to happen in Northern Ireland, and it appears to be on the cards in the South as well.

Parental rights in education have been limited, particularly in the area of teaching sex education. Students are refused the possibility of opting out of classes that contravene their religious and moral convictions. This is in contrast to the approach towards religious education, where opt-outs are strongly protected, and rightly so. In France, students and teachers are prevented any public display of religious sentiments or symbols but in all countries Christians feel they cannot freely express their views without negative consequences.

The persecution of former Muslims was a main concern in France and Germany. Those who convert to Christianity face hostility by their families and communities of origin, in the form of rejection, threats, physical violence. This happens in hotspot areas, particularly in neighbourhoods under the influence of radical Islam.

Even in areas where Christians are a majority, more and more frequently churches are been attacked, sometimes burned, and celebrations are been interrupted. Vandalism against religious building is also common.

Unlike other parts of the world, intolerance against Christian is a new phenomenon in Western Europe and no proper substantial research has been conducted so far.

The report formulates a number of recommendations to the governments but also to the human rights institutions and to members of society. Firstly, discrimination against Christian should be recognised and properly monitored. Legislation should not limit the rights of Christians, particularly in the public square. Converts should be protected. Negative stereotyping should be avoided and the public representation of the history and beliefs of Christians should be more balanced and truthful, also through the promotion of religious literacy.