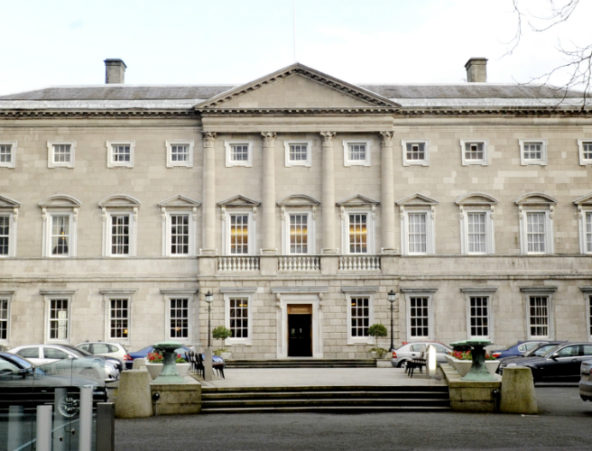 This Dail is back in session. What are some of the issues we should be looking out for in the autumn term? One is the promised “hate crimes” bill which may affect freedom of religious expression. Another, not totally unrelated, is the proposal to ban pro-lifers from holding even silent vigils outside facilities where abortions take place. For now, the Bill to regulate Assisted Human Reproduction has been paused, but mainly, it seems, to pave the way for international commercial surrogacy.

The so-called “Save Access Zones” Bill is listed as ‘Priority Legislation’ in the Government’s new Legislative Programme. It will ban pro-life activists from praying or protesting or holding vigils near hospitals and clinics that offer abortions. The General Scheme of this Bill was approved by the Government at the end of July. Once drafted, it will have to pass pre-legislative scrutiny and, probably before Christmas, it will be presented to the Oireachtas.

If and when it is passed into law, it will be one of the few such pieces of legislation anywhere. Other countries have more respect for freedom of protest. Even the Gardai Commissioner said that there was no need for such legislation as current laws can deal with whatever issue might arise.

The law will prohibit any activity that might ‘interfere’ with a woman’s decision to have an abortion, from coming within 100 metres of facilities that perform or facilitate abortions. This law was promised by the Government at the time of the abortion referendum in 2018 but it has been constantly delayed because it is possibly unconstitutional as it limits the right to expression and to protest.

The Bill on incitement to violence and hate crime will also be published in the Autumn by the Minister for Justice. This legislation will create new “hate crime” offences when certain offences are aggravated by alleged hatred towards a protected characteristic such as sexual orientation, gender identity or expression, race, nationality or religion.

The Iona Institute made a submission on the proposed legislation to the Department of Justice, highlighting certain difficulties in determining what is really “hateful”. In attempting to regulate “hate speech”, the law could have a chilling effect on freedom of expression, including religious freedom of expression.

What is missing from the Priority Legislation list is the Assisted Human Reproduction Bill, which covers a large number of issues such as surrogacy, IVF, gamete donation, embryo experimentation, etc.

The Bill has a long history. It was drafted in 2017 and presented to the Oireachtas with substantial changes in March this year. It has now been paused by the Government because the recommendations of the Joint Committee on International Surrogacy have to be considered.

Commenting last week on the Joint Committee recommendations, Minister of State Mary Butler acknowledged that “The undertaking of surrogacy arrangements in other jurisdictions raises complex ethical questions … There are also highly divergent views within the EU on this issue, with a number of member states prohibiting all forms of surrogacy.”

This has been interpreted as a suggestion that international surrogacy would not be part of the AHR Bill, causing a protest from those who want us to recognise commercial surrogacy in some form.

While Justice Minister Helen McEntee said Thursday that the Government will amend the AHR Bill to regulate international surrogacy, on the same day, Minister for Health Stephen Donnelly speaking to the Dáil seemed to be less assertive on this issue.

For reasons explained in this document from the Iona Institute, surrogacy of all kinds, but especially the commercial variety, is extremely problematic.

Overall, the Government’s legislative programme is bad news for those who value the right-to-life, freedom of religious expression, and who oppose the commodification of children and women’s wombs that is entailed by commercial surrogacy.