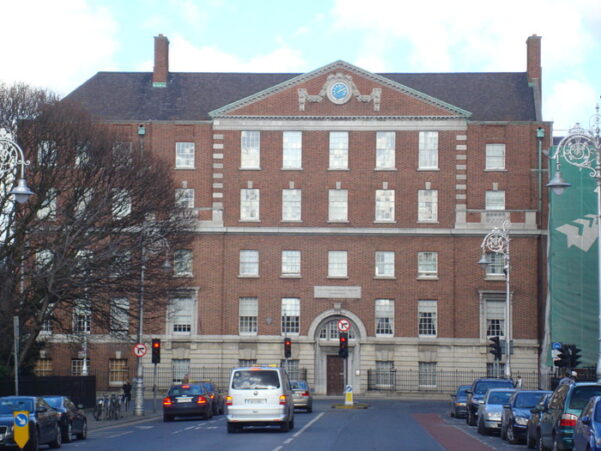 In another sign of the very aggressive posture of the Irish State towards the pro-life movement, the HSE has backed calls for exclusion zones outside health centres in its submission on the matter to the Oireachtas Health Committee.

Last August, the Government published a General Scheme of a Bill that would ban pro-life activities, including silent prayers, from within 100 metres of hospitals and GP surgeries. The General Scheme is now under the legislative scrutiny of the Health Committee, before being presented to the Oireachtas.

In a submission to the Health Committee, the HSE has strongly supported such legislation, claiming that “It is hugely distressing for staff and personnel, who have committed to providing a safe, high-quality termination of pregnancy service to be exposed to intimidation whilst going about their work. Access to abortion care will remain vulnerable in an environment where providers are threatened, harassed or subjected to intimidating behaviours.”

The HSE said that pro-life activity outside maternity sites included “in some instances physical and verbal aggression”.  No concrete examples were given. Late last year there were claims of intimidation and harassment by pro-life activists outside University Maternity Hospital Limerick, but when the hospital was contacted, it said it has received no complaints from anyone about such behaviour.
There are already laws in place against intimidation and harassment.

The General Scheme presented by the Government would establish a 100-metre radius around not only hospitals and GP that are currently offering abortions but also around all healthcare premises in the country, including those where abortion is not performed.

Echoing the call by the HSE, Muiris O’Connor, Assistant Secretary in the Department of Health, told the Health Committee this week that, “Within those zones, conduct which is intended to, or may reasonably have the effect of, influencing the decision of a person in relation to availing of, or providing, services related to termination of pregnancy will be prohibited.”

This would include silent prayer or holding a placard with a religious image, if they are perceived to be having the effect of influencing someone else.

This piece of legislation was promised after the abortion referendum of 2018 but it has been delayed because, as the then Taoiseach Leo Varadkar said, “we do enter a difficult space in a democracy when you decide that certain opinions can’t be held, certain types of protests can’t happen.”

Some believe that such legislation breaches human and constitutional rights and it won’t pass a constitutional challenge in court.
The Committee is required to report by the 14th November and the Bill is expected to pass before the end of the year.