Jesus, the nature of God and the problem of pain 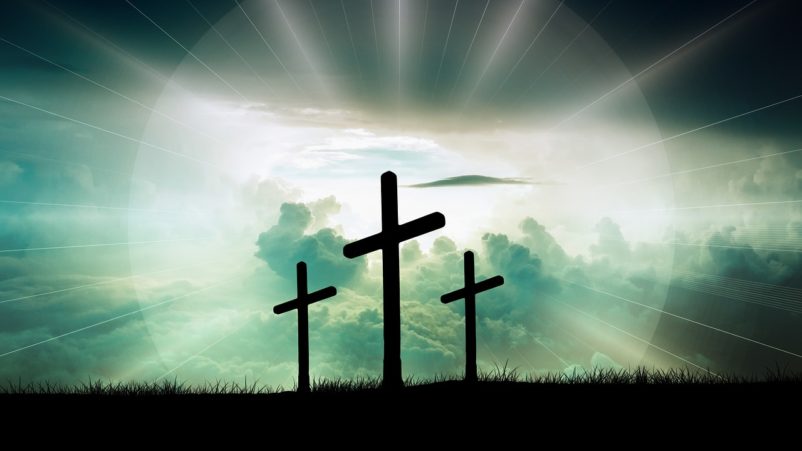 My debate with Michael Nugent of Atheist Ireland continues. The basic question we have been considering is why are we morally obliged to treat each other well? I think it is because we are all made in the image and likeness of God and therefore each of us is of infinite moral worth. Obviously, an atheist cannot give this answer. Nature confers no moral worth on us at all. Atheists struggle to get beyond a utilitarian justification for treating each other well.

Anyway, in his latest response to me, Michael has asked a bunch of questions that aren’t really related to the above issue at all and are really a distraction from it. But let’s press on regardless because they are interesting in themselves.

To answer his questions fully would basically require a book and he broadens his focus much more than I did in my original challenge to him. I kept the focus tight because I know these debates can become incredibly sprawling and endless.

I will, therefore, answer his questions as briefly as I can and will refer to other, more detailed writings for those who want to delve more deeply into the topics.

Why do I believe this? One reason is because I believe Jesus rose from the dead. I think this is evidence of his divinity. On this point, I can suggest interested parties read the likes of N.T. Wright who ably explains why it is reasonable to believe in the physical resurrection as well as discussing the divinity of Christ more generally.

Michael asks, ‘Why is God’s nature good?’ I believe it is good because the nature of Jesus is good. Even atheists tend to admire Jesus. I believe Jesus is the truest reflection of the nature of God. We respond to Jesus as we do because we instinctively see the best of ourselves in him, and the reason for that is precisely because we are made in God’s image and likeness. It makes sense that we find Jesus so attractive. The good in us is attracted to the infinitely good nature of God seen in Jesus.

He then asks, why does a good God allow suffering? This is the perennial question. Even Jesus suffered. But the very proposition that suffering is evil, presupposes that metaphysical good and evil (evil being the absence of good) exist. When atheists say suffering is ‘evil’, they go beyond what their atheism permits. They can only say suffering is undesirable.

I don’t exactly know why suffering exists, especially physical suffering, but it doesn’t cause me to doubt the existence of God because I simply do not believe that nothing made everything, which is essentially what an atheist believes.

The likes of CS Lewis and Pope Benedict (among many other Christian writers) have written ably about suffering. Lewis does so in The Problem of Pain and A Grief Observed, for instance.

This is why, in Aldous Huxley’s Brave New World, love no longer exists. It is why all strong attachments and passions have been eliminated, including religion and politics and the family. They cause too much suffering and so they are no more.

Many writers have spoken about how suffering can bring out the best in us. It can crush us, but it can also draw us out of our selfishness and inspire incredible acts of self-sacrificial love on behalf of the person who is suffering. Countless stories depict the redemptive power of suffering which can both alienate people from God, and draw them towards him.

Michael asks other questions. My answers above barely scratch the surface. I’m simply attempting to point to deeper, better answers. But I repeat, they have no bearing on the original question that sparked this debate in the first place.

I will try to answer Michael’s other questions in the next week or so.