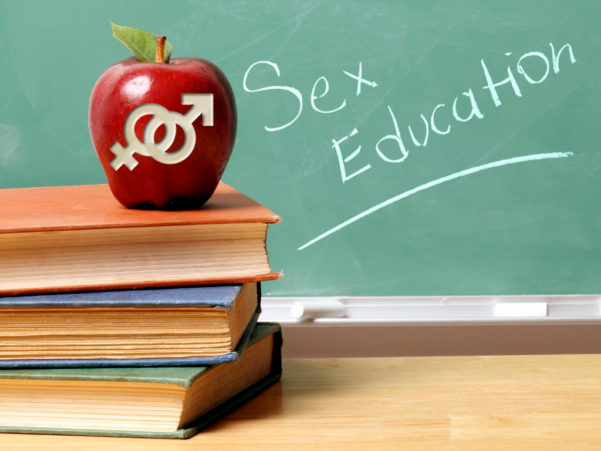 A big review of the way Relationships and Sexuality Education is underway, led by the National Council for Curriculum and Assessment. Yet, an absolutely crucial question that needs to be considered in all this is whether RSE-type programmes even work. What outcomes are they seeking, and are those outcomes being achieved? International data suggests, probably not.

The efficacy of sex education can be assessed on such measurables as whether they lead to reductions in the numbers of unplanned pregnancies after the teaching of RSE courses, a reduction in sexually transmitted diseases, an increase in teenage sexual delay, etc.

A major review of peer-reviewed journal articles, published by Cochrane (a global network of 13,000 health researchers) in 2016, evaluated six school-based programmes across eight countries aimed at improving the sexual and reproductive health of adolescents. The authors found that the programmes “had no demonstrable effect on the prevalence of HIV, or other STIs. There was also no apparent effect on the number of young women who were pregnant at the end of the trial.” The authors concluded that “there is little evidence that educational curriculum-based programmes alone are effective in improving sexual and reproductive health outcomes for adolescents.”

In another study Dr Daniel Wight, of the Medical Research Council Social and Public Health Sciences Unit in Glasgow, evaluated the efficacy of three different school-based sex education programmes across 77 schools in Britain. He found that the various programmes had minimal effect on reported behaviour. “The studies with more objective sexual health outcomes found no impact on conceptions or terminations by age 20”.

He realised that there are personal and social influences on sexual behaviour that school sex education has big difficulty overriding. The impact of those sex education and relationships programmes is insignificant compared with much more persuasive influences such as expectations coming from one’s family, friends, mass media, peers, etc.

He concluded that “the broader social factors shaping behaviour seem too influential” and any improvement in the current programmes is unlikely to have a greater impact than present initiatives.

It is true, of course, that teenage pregnancy rates have fallen in the UK, and they have in Ireland also, but wider social factors are at work here, as Wight says.

In fact, when spending on school sexual health programmes, including provision of contraception, was cut in Britain during the recent recession, there was a further drop in teenage pregnancy.

One factor behind the fall in teenage pregnancy appears to be social media. Young people are spending more and more time online and are physically meeting one another less.

An article published in the British Medical Journal in 2009 studied the effects of the Young People’s Development Programme (YPDP), an initiative of the Department of Health. It concluded that “no evidence was found that the intervention was effective in delaying heterosexual experience or reducing pregnancies, drunkenness, or cannabis use. Some results suggested an adverse effect.”

With regard to pregnancies, significantly many more cases were reported among young women in the YPDP group than in the comparison group, while there were no significant differences in the proportion of young men who reported awareness of causing a pregnancy. The researchers admitted that the results were unexpected, and they could not find an explanation for these outcomes.

The most recent review of 103 school-based studies in 44 countries, presented by the Institute for Research and Evaluation last October, concluded that “comprehensive sex education has not been an effective public health strategy in schools around the world, has shown far more evidence of failure than success, and has produced a concerning number of harmful impacts.”

The Oireachtas Library & Research Service has produced a long document with the title ‘School-based relationships and sexuality education: lessons for policy and practice.’ The author acknowledges that the “evidence base for school-base sex education is contradictory and contested”.

In support of the hypothesis that sex education improves sexual health outcomes she refers to two sources, which are both inconclusive with regard to measurable outcomes. The first study “What is the best practice in sex and relationship education?“, funded by the UK National Institute for Health Research, claims that “school-based sexual health services appear to be effective at reducing sexual activity, numbers of sexual partners and teenage pregnancies, according to reviews of reviews”. There is little elaboration on this and it is hardly a definitive conclusion.

The second study is the UNESCO Review of the Evidence on Sexuality Education (2016), which says that “The 22 systematic reviews that were analysed reported mixed results of CSE programmes (i.e. some positive, some null or showing no effect, and some, but not many, negative results)”. So, there is no conclusive evidence of their efficacy. “Unfortunately, there are still relatively few high-quality trials of school-based CSE that measure biological outcomes, such as rates of STIs or HIV, making it difficult to draw strong conclusions”, the review admitted.

All these documents are not a reason to reject sex education altogether, but they should make policy makers far more cautious and sceptical. What they prove is that other factors such as family (especially family breakup), religion, economic circumstances are much more important in terms of sexual behaviour than time spent in a school-based sex education programme. It is outside the school that the real sex and relationships education of our children takes place.

In fact, in response to a question from Mattie McGrath TD about the efficacy of RSE-style programmes, Education Minister Joe McHugh, responded in a manner that was little more than hand-waving.

In a written response he said: “Research in Ireland and abroad indicates that a great majority of parents welcome the support of schools in helping them to fulfil their obligation regarding RSE and other aspects of SPHE.

“The 1995 Report of the Expert Advisory group on RSE which was set by the then Minister for Education, found that various studies have been conducted on the implementation of Social, Personal and Health Education (SPHE) which includes RSE in Ireland.  These studies uncovered overwhelming support for school-based RSE among both teachers and parents.

“In 2007 a research report produced by the Crisis Pregnancy Agency in partnership with the Department of Education and Skills entitled: Relationship and Sexuality Education (RSE) in the context of Social, Personal and Health Education (SPHE): An Assessment to the Challenges of full implementation of the programme in Post Primary Schools, found that RSE is an important part of the education of young people, and that schools provide a safe context within which young people can learn about themselves and the wider world. This study showed that young people find it difficult to talk to their parents about sex and relationships. This makes access to RSE in schools all the more important.

“The report also found that parents viewed the home as the most appropriate place to teach students about relationships and sexuality but they also recognised that not all children received home-based sexuality education. Many also felt that there were many advantages to children learning about relationships and sexuality in the company of their peers under the guidance of trained teachers and facilitators. Overall, there was overwhelming support among parents for school-based sex education and it is in this context that RSE provided in schools coupled with education provided at home by parents is associated with the best outcomes for students.”

Not a word of that is relevant to the most important question; what measurable impact do these programmes have? Surely the Minister for Education and his officials can do better. Or can they?