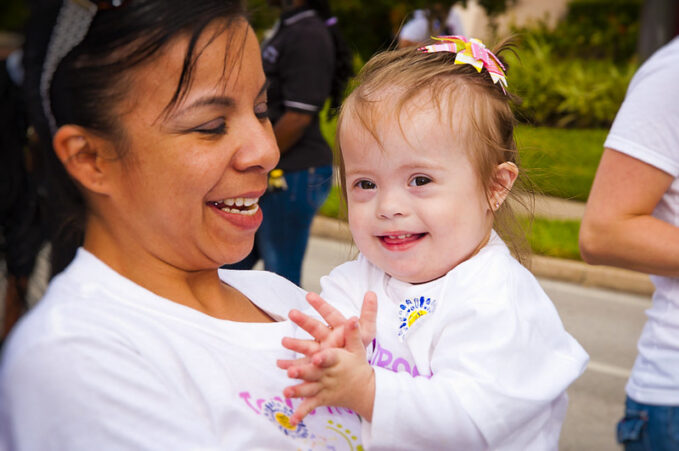 The number of Irish people with disabilities will decline over time, a new report from by the Economic and Social Research Institute (ESRI) says. This will be due to the general decline in fertility rates, it states. No doubt that will be a big factor, but it leaves out another key element, namely the growing prevalence of eugenic-based abortion, that is, terminations which selectively target the disabled in the womb through the increased use of screening programmes.

The report examines the current and future need of children suffering from all sorts of disabilities, from blindness and deafness, to learning difficulties or psychological conditions. It is intended to inform future policy and planning.

Even assuming the best scenario in terms of fertility rates, the number of children with disabilities is projected by the study to trend downward in the years to come. There are geographical variations, with Dublin changing less than other parts of the country, but there is little doubt that fewer children will need support in the future.

There are many factors leading to disabilities and some of them can be detected before birth. When a case of genetic or chromosomal abnormalities is found through prenatal tests, the outcome is often abortion. What was inconceivable in the past is now becoming standard practice.

A study published last year in the European Journal of Human Genetics found that Ireland has the highest population of people with Down Syndrome in Europe: 13.9 per 10,000 inhabitants. The European average is 5.6.

This is explained by Ireland’s strong pro-life culture, something is now eroding fast, especially since the repeal of the 8th amendment.

The data used in the European Journal of Human Genetics article refer to the 2011-15 period. We await to see if Ireland will continue to respect the right of life of unborn children with disabilities more than other European countries, but it is hard to the optimistic. In 2018, 17 children with Down Syndromes were aborted by Irish women in England. Their number grew in the following years: 27 in 2019 and 35 in 2020.

The same study found that without selective abortions, the number of people with Down Syndrome would be 27pc higher in Europe.

The effect of pre-natal selection on birth rates of children with medical conditions is an issue that should be addressed not only from an ethical point of view, but also in terms of policies and long term consequences. It has an impact on how children with disabilities are perceived and accepted by society. We often hear that parents expecting children diagnosed with certain conditions often feel pressure to abort them, as if this is now is the default choice.

It is disappointing that the new ESRI report on future policy and planning about children with disabilities overlooks such a significant factor.