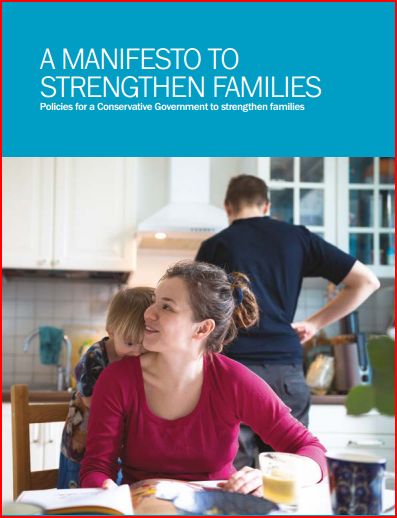 A powerful group of Tory MPs yesterday pressed Theresa May to do more to support marriage and the family.
The 44 MPs, including three former Cabinet ministers, called for bigger tax breaks for married couples and for school pupils to be taught the benefits of marriage.
Their 18-point family manifesto said that fatherhood should be promoted and fathers helped to assume their family responsibilities. It said that ‘couple penalties’ in the tax and benefit system that encourage mothers and fathers to live apart should be removed.
One of the 44, Congleton MP Fiona Bruce, said family life must be strengthened ‘if the Government is to achieve its welcome aims to increase social mobility, deliver social justice, and make Britain a country that works for everyone, not just a privileged few.’ 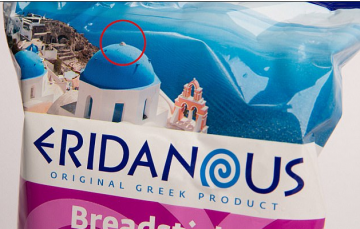 Supermarket chain Lidl has apologised for airbrushing Christian crosses out of images on some of its food packaging, after being hit by criticism on social media.
The packaging of some of its Greek-themed products depicts images of the island of Santorini’s domed blue churches, but they are missing the crosses mounted on top.
“We are sorry for any offence caused by the artwork on our Eridanous range. We can confirm that we will be revising the design as soon as possible,” the German discounter said in a statement.
Lidl said its product design was not intended to convey any ideological standpoint.
“We made a mistake in the most recent revision of the product design and are now treating the issue with the highest priority,” Lidl said. 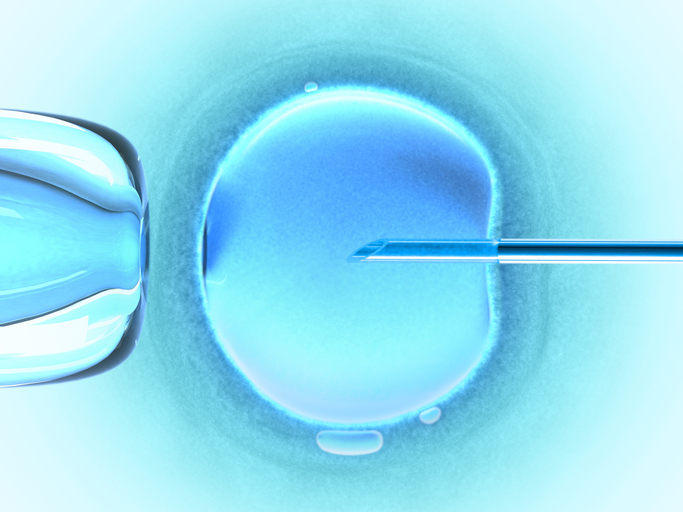 The Irish Fertility Society has been lobbying the Minister for Health to not implement sections of a 2015 law that would ban anonymous sperm and egg donation and set up a register of donors so that donor-conceived children could request information about their biological parents after they reach the age of 18.
In a letter to the Minister for Health, Simon Harris, obtained by the Irish Times, the Society alleged a litany of negative consequences should the Act be fully implemented including women being driven abroad to obtain fertility treatment or into “private arrangements with men on the internet”. Other “unintended consequences” of the Government’s plans will be a rise in women buying sperm from foreign donor banks and using it in their homes without medical supervision, a substantial risk of sexually transmitted diseases from “random donors with questionable motivations”.
The letter does not point out that many donor-conceived children seek out their natural parents and half-siblings each year.

By virtue of its definition, marriage can only be between a man and a woman, Pope Francis has said in a new book-length interview. “We cannot change it. This is the nature of things,” not just in the Church, but in human history, he said in a series of interviews with Dominique Wolton, a 70-year-old French sociologist and expert in media and political communication. When it comes to the true nature of marriage as well as gender, there is “critical confusion at the moment”, the Pope said. When asked about marriage for same-sex couples, the Pope said, “Let’s call this ‘civil unions.’ We do not joke around with truth.” Teaching children that they can choose their gender, he said, also plays a part in fostering such mistakes about the truth or facts of nature. The Pope said he wondered whether these new ideas about gender and marriage were somehow based on a fear of differences, and he encouraged researchers to study the subject. 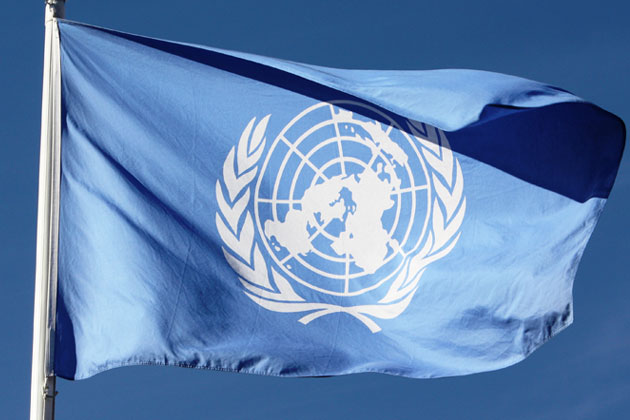 Senators and TDs tasked with turning the recommendations of the Citizens’ Assembly on abortion into concrete legislative proposals will ask a representative of the United Nations Human Rights Committee, which is criticized by pro-life groups over its pro-abortion stance, to make a contribution to its deliberations, after the organisation repeatedly accused Ireland of failing to meet its international human rights ‘obligations’.

The UN committee has persistently raised concerns over the state’s criminalisation of abortion and refusal to make the procedure available to rape victims or women whose unborn children show signs of foetal abnormalities. Critics point out that no UN document enshrines a right to an abortion.

It is also expected that the committee will hear from experts that any law requiring a woman to prove that she was raped before she could access an abortion would not work.

The committee, which is expected to call for a referendum on abortion, will hold its first public meeting on September 20th.

On November 1, it will hear from Tom O’Malley, a senior law lecturer at NUI Galway, and Noeline Blackwell, chief executive of the Dublin Rape Crisis Centre on the possibility of making abortion available to rape victims. Both told the citizens’ assembly that any law that made exceptions for rape victims would not work because it would be too difficult for women to prove. 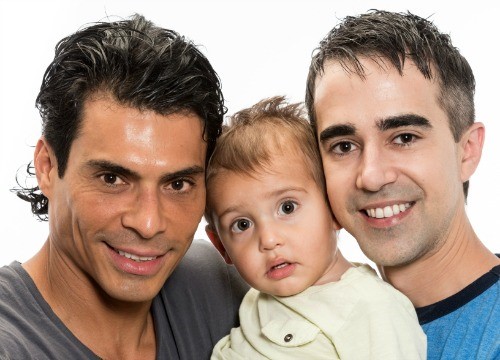 Romania’s ruling Social Democrats hope to organise this autumn a referendum to restrict the constitutional definition of family, which would effectively rule out the possibility of legalizing same-sex marriage, party leader Liviu Dragnea said on Saturday.

The plan for a referendum came about after the Coalition for the Family, a civil society group, collected 3 million signatures last year in favor of changing the constitutional definition of marriage as a union strictly between a man and a woman from the existing “spouses.”

“It is known that we are committed … in this direction,” state news agency Agerpres quoted Dragnea as saying at a party meeting at a resort on the Black Sea.

“Our intention is to end up organizing the referendum to change the constitution on the family issue this autumn.” 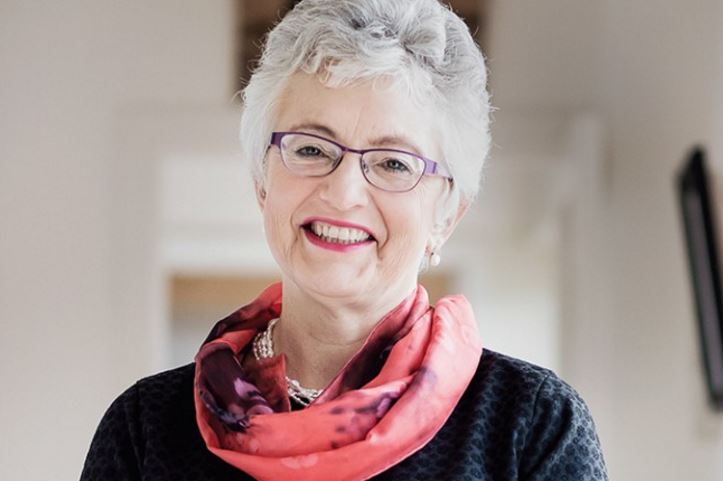 Minister Katherine Zappone wants the Government to lobby the Catholic Church to extend its social justice teaching to include a right to abortion. At the same time, she rejects attempts by the Church to lobby the Government to abandon its push to repeal the pro-life amendment. She was speaking in the aftermath of formal Church-State talks last week in which a delegation from the Catholic Church met with representatives of the Government at the invitation of the Taoiseach, Leo Varadkar.
Ms Zappone said she wants to see a referendum on the Eighth Amendment as she sees abortion rights as “integral to a social justice agenda”. Then, turning to the Church, she continued:
“The Catholic Church has a very strong social justice tradition, and so I would think that in our negotiations discussion with them we need to draw on that social justice tradition to ensure it extends to women’s ethical choices in relation to their reproductive capacity.”
However, regarding the Church speaking its own mind, she said it should limit itself to speaking only to its own flock.
“I respect the tradition, I think they need to voice their views, but I also believe and know that those views were to influence their own members. They cannot determine the laws of the land,” Ms Zappone said. 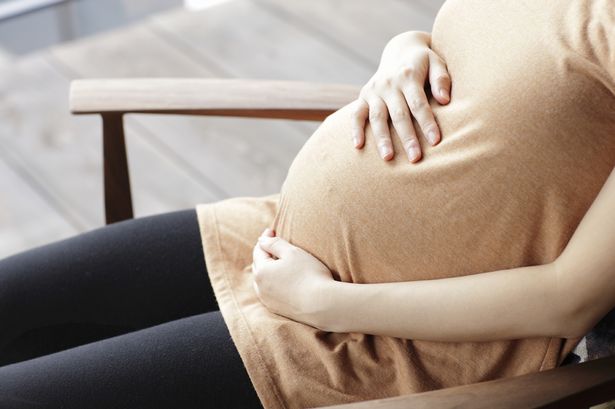 The Times Ireland Edition has accused Catholic pregnancy counselling agenda, Cura, of “flouting HSE rules by hiding from women its opposition to abortion”. The accusation was made in a news report by their Senior Ireland reporter, Ellen Coyne, who alleged that Cura’s advertising breaches HSE guidelines. Cura is subject to those guidelines because it receives part of its funding from the HSE. The same article, however, also reported that the health service would not be taking any action against Cura.
Specifically, the report alleges that, while Cura claims to be a non-judgmental crisis pregnancy counselling agency, their advertising says “It is ‘informed by the values of the Catholic Church’ but does not say that it is opposed to abortion, receives religious funding and will not offer advice to women who want to travel to terminate their pregnancies.” However, most people understand that the Catholic Church is opposed to abortion.
A spokesperson for the HSE raised no objections to Cura’s practices. “All funded services must display their ethos on their website/other advertising and make potential clients aware of the type of information which can/cannot be provided,” a spokeswoman for the HSE said. When The Times asked the HSE “what consequences a crisis pregnancy agency would face for failing to make its anti-abortion ethos clear”, the spokeswoman said it was “satisfied” that a woman who went to Cura for abortion advice would be referred elsewhere.
Cura declined to comment but a spokesman for the Irish Bishops’ Conference said: “All Cura public advertising displays our lo-call helpline number and website details. In line with HSE requirements, our website contains information about Cura’s ethos of care for the mother and the unborn child and about our services, which are free and available to women and men in crisis pregnancy situations.” 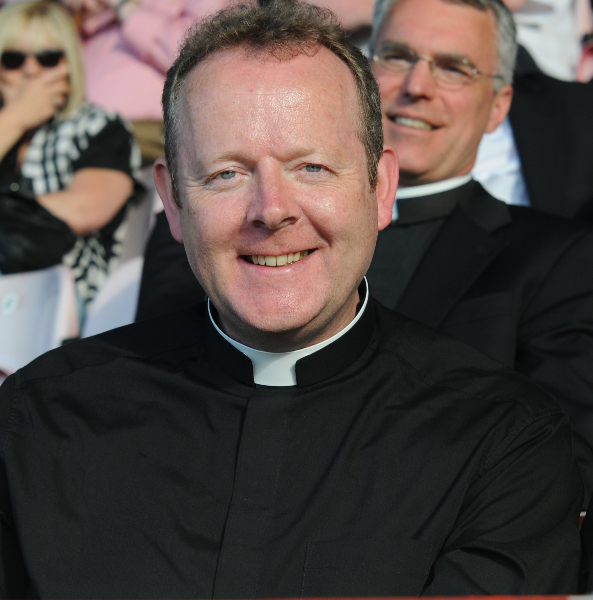 The bishops also raised the Eighth amendment and, according to an Irish Times report, outlined their “vehement opposition” to its removal from the Constitution. They requested the Government change its position on the issue but stressed in the event of a referendum they would campaign in line with the teachings of the Catholic Church.

Speaking after the meeting Archbishop Eamon Martin said: “We had a constructive discussion with the Taoiseach and his ministers today, and we focused on issues which are fundamental to sustaining the common good of Irish life. I believe that regular Church-State dialogue is in the interest of everyone and reflects a truly pluralist society.”

Lawyers representing a Colorado cake artist filed their opening brief with the U.S. Supreme Court yesterday, arguing that the government cannot coerce him to create a cake that communicates a message with which he fundamentally disagrees. The case stems from Jack Philips’ polite refusal to design a cake for a couple celebrating a same-sex wedding. He said he would gladly make them any other type of baked item they wanted, but not something promoting a same-sex ceremony because of his faith.

In May 2014, The Colorado Civil Rights Commission ordered Phillips to design cakes that celebrate same-sex ceremonies if he designs cakes for opposite-sex ceremonies. It also required Phillips to re-educate his staff, most of whom are his family members—telling them that he was wrong to operate his business according to his faith. He was also required to report to the government for two years, describing the orders he declines and the reasons why.

“Nobody should be forced to choose between their profession and their faith,” said Kristen Waggoner, Senior Counsel for ADF, a global partner of ADF International. “Phillips gladly serves anyone who walks into his store, but, as is customary practice for many artists, he declines opportunities to design for a variety of events and messages that conflict with his deeply held beliefs. In this case, Jack told the couple suing him he’d sell them anything in the store but just couldn’t design a custom cake celebrating their wedding because of his Christian faith.”

Tolerance is a two-way street, and people should have the freedom to disagree on critical matters of conscience. The same government that can force Jack to violate his faith and conscience can force any one of us to do the same.”