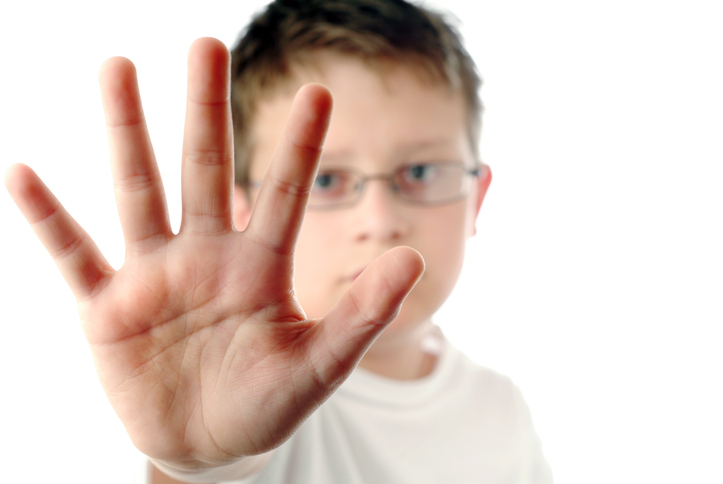 Community meetings last month were marked by anger and confusion over charges that schools were being “railroaded” into a change of patronage from Catholic to secular management.

The suburb of Raheny in Dublin is one of eight areas with no multidenominational primary schools and that have been earmarked for potential reconfiguration.

It is part of a pilot initiative to provide greater choice for parents.

However, parents at one of the Catholic schools in the area — Scoil Áine — said a survey found that 83 per cent of parents were opposed to divesting or reconfiguring the patronage of the school.

Meanwhile, unpublished data collected by the Department of Education show multidenominational primary schools are much more likely to be oversubscribed than Catholic schools.

More than a quarter (25.9 per cent) of multidenominational primary schools are oversubscribed compared to just 5.8 per cent of Catholic schools. As a result, the inability of Catholic schools to prioritise children of their faith when offering places affects a very small minority of schools, the survey notes.

In the case of these oversubscribed Catholic schools, records indicate that in 90 per cent of cases there was another school with a Catholic ethos in “close proximity” which had spare places. Close proximity was defined as within 2km in urban areas and 5km in rural locations. 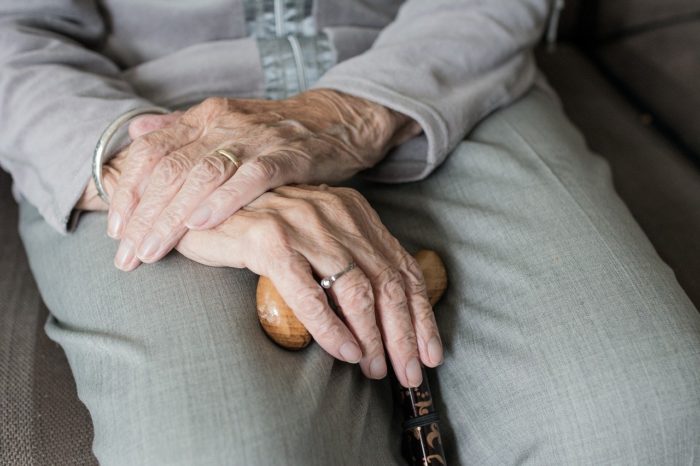 Allowing doctors to help vulnerable patients kill themselves would be an assault on human dignity, experts on the issue have warned.

In recent days palliative care experts and ethicists have spoken out against those seeking to liberalise the law on assisted suicide in Britain.

A Bill to remove protections for vulnerable people is currently before the Scottish Parliament, and Westminster’s Health and Social Care Select Committee has called for evidence on assisted suicide in England and Wales.

Writing in The Times on behalf of the Scottish Council on Human Bioethics, Katie Breckenridge challenged arguments from supporters of MSP Liam McArthur’s Bill that it would lift ‘the burden of care’ from the family, “benefit the economy” by not ‘wasting resources’ on nursing the dying, and increase organs available for transplantation. 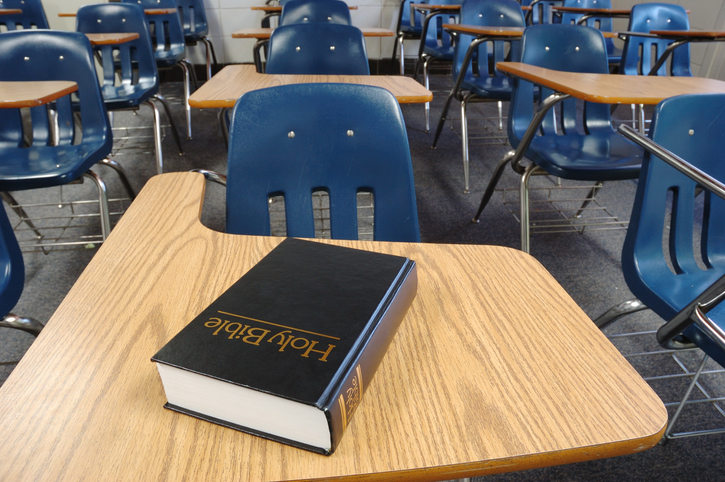 Parents reluctant to change Catholic patronage due to admissions issue

A recent law prohibiting Catholic schools from prioritising the enrolment of local children of the same faith is emerging as a “stumbling block” for parents as schools consider changing their patronage.

That’s according to the body representing Catholic schools in the process.

The Catholic Education Partnership (CSP) – established as a single voice for Catholic schools – said the Government’s decision in 2018 to remove the right of Catholic schools to give preference on the basis of religion in their admission policies is a “discriminatory law, solely directed at Catholics, and no other faiths”.

The group said Catholic parents believe keeping the “status quo” in relation to the patronage of schools is their best option unless they can be guaranteed priority access to a school of their faith.

The CSP said that, as part of that process, Catholic parents have expressed a concern that if their community consents to the transfer of a Catholic school to another patron, they cannot be sure that they can secure enrolment for their child in the remaining Catholic schools.

Teacher Enoch Burke returned to Wilson’s Hospital School in Co Westmeath on Thursday despite a previous court order prohibiting him from doing so.

Burke had refused to use the new gender pronouns of a pupil at the school and a dispute arose between him and the principal leading to him being barred from the premises. He refused to obey this and was held in contempt of court.

The teacher was released from prison in late December on an “open-ended” basis. In the High Court, Mr Justice Brian O’Moore made it clear that if Mr Burke breached any existing court orders made against him, he may again be jailed.

“The role of An Garda Síochána is to ensure peace and public order is maintained, and no criminal offence is committed,” a spokesman said. 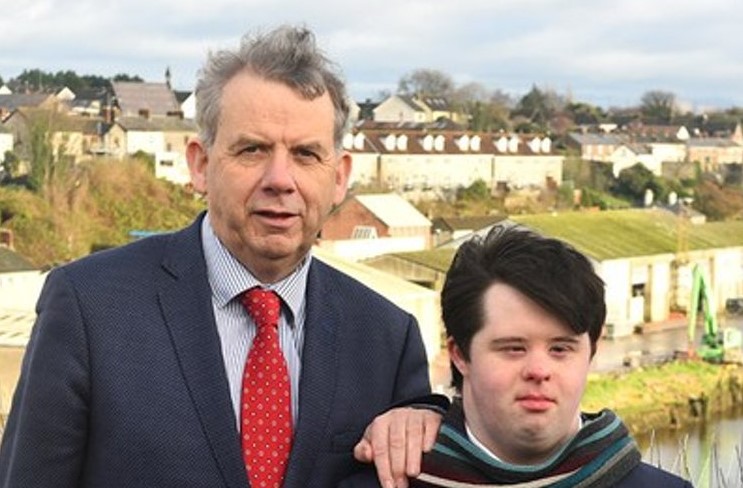 Tell parents ‘the full truth’ about Down Syndrome, father appeals

The father of a man with Down Syndrome has appealed to hospitals to give parents more support following a diagnosis that a child in the womb has the condition.

Michael O’Dowd’s son, Conor, delivered a letter to Professor Fergal Malone – Master of Dublin’s Rotunda Hospital until last month – in response to his comment that 95oc of parents diagnosed with a Down Syndrome baby there choose to travel abroad for an abortion.

Michael, a former Mayor of Drogheda and Aontú representative, told Newstalk Breakfast his son was upset by that reality.

“Conor is very defensive about the fact, and very proud of the fact, that he has Down Syndrome,” he said.

“He was quite upset by the comments by Prof Malone that 95pc of parents choose abortion; or as he put it in his letter: I don’t understand why people take away babies with Down Syndrome – it’s very unfair and very wrong is what he said.

“He felt compelled, and I certainly supported him in delivering a letter to Prof Malone at the Rotunda Hospital.” 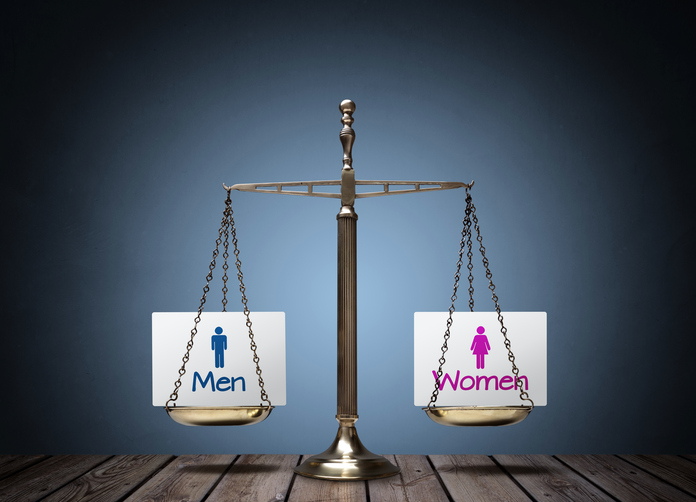 Gender imbalance at birth in Vietnam must be rectified, or it will produce unpredictable consequences and threaten population stability and the sustainable development of the country, the Ministry of Health’s General Office for Population and Family Planning said. This was a reference to the fact that in Vietnam far more girls than boys are aborted.

Deputy director Pham Vu Hoang said the imbalance started in Vietnam in 2006 but has increased fast in both urban and rural areas.

According to the General Office for Population and Family Planning, the country’s sex ratio at birth has reached 112 boys per 100 girls in 2021. Vietnam is among three countries with the highest rate of sex ratio imbalance, behind only China and India.

Hoang said there are many causes for the gender imbalance at birth in Vietnam. New techniques for sex selection have increased dramatically in recent times. Most people can access ultrasound and abortion services for the purpose of sex selection. Despite Government regulations prohibiting fetal sex determination and all forms of sex selection, it is still easy for mothers and fathers to obtain information about the sex of the fetus and then proceed to abort the foetus. 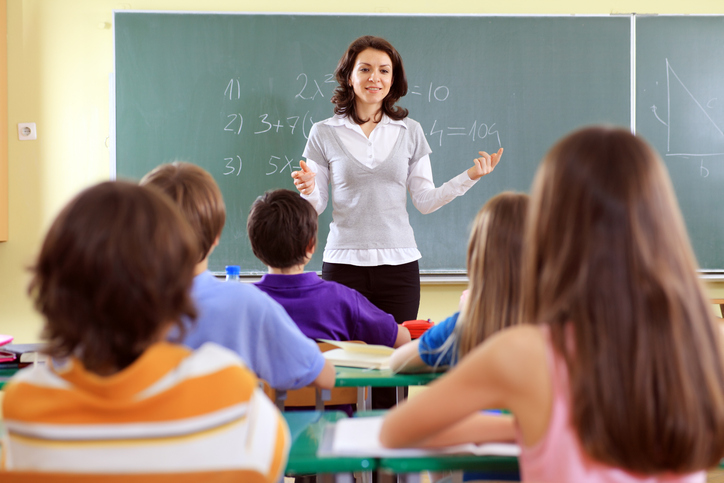 Dept of Education to cut RE time in Primary schools

Primary schools pupils will spend less time learning religion and be subject to a revised curriculum under the biggest changes to the subject in more than 20 years.

Instead, there will be more time devoted to the core curriculum with a new focus on foreign languages and ‘wellbeing’.

The measures are contained in a new framework for the primary curriculum that was recently signed off by the State’s advisory body on the curriculum, The Irish Times has reported.

The 40-page blueprint, likely to be published by Minister for Education Norma Foley early in 2023, sets out the planned structure and content of the next curriculum for primary schools.

The report advises that the length of time spent teaching religion be cut by half an hour a week, from two-and-a-half hours a week to two hours.

In addition, religion would be supported by a new curriculum on “religion, ethical and multi-belief education”, to give pupils a wider perspective on beliefs. 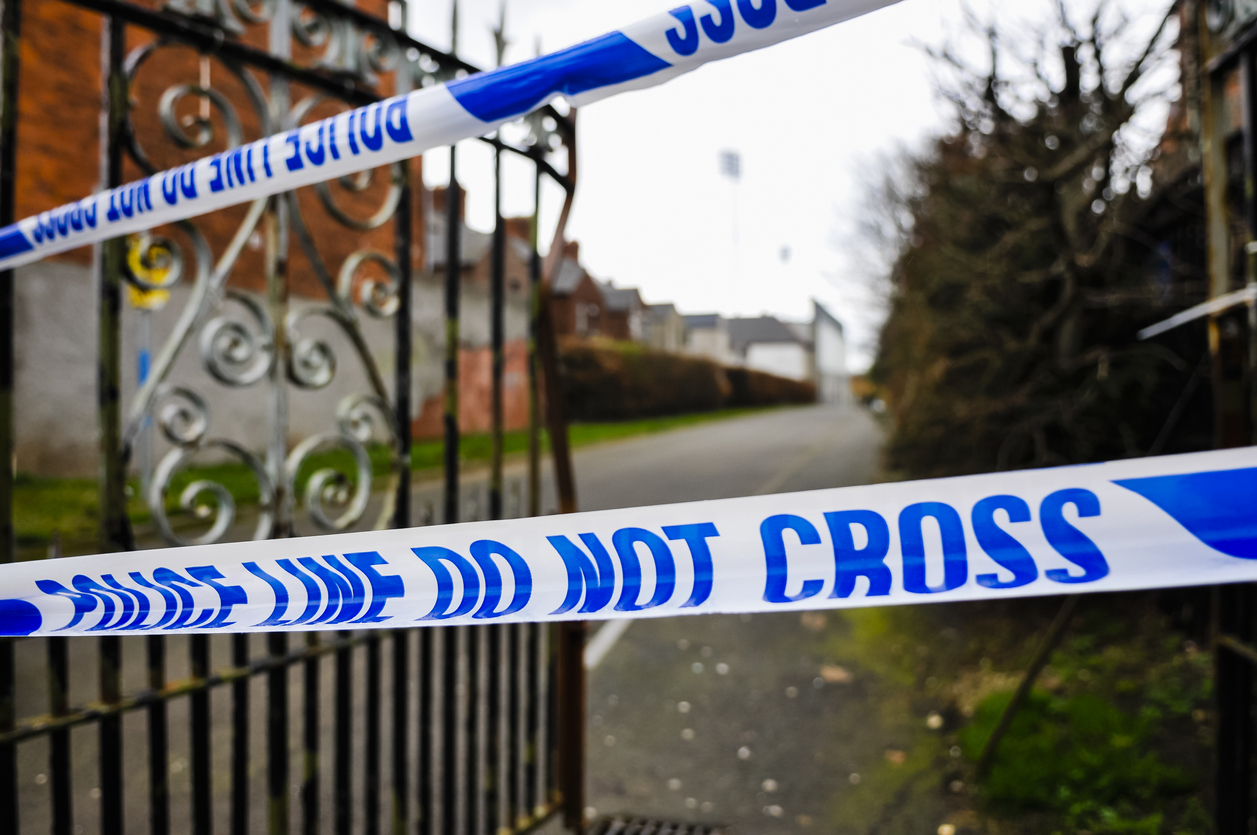 Gardai in North Kerry are investigating an act of vandalism at a church in Ballyduff in which the altar cloth was set alight.

Sources told The Kerryman they are now following a definite line into the incident in which three young women entered the Sts Peter and Paul Parish Church in the village before setting fire to the altar.

The incident happened on Friday evening when the church was still open to the public. It was believed to have been unoccupied when the trio entered, making their way to the altar before setting fire to the cloth covering it.

Detectives are baffled by the motive behind the incident, with the investigation currently treating it as an intentional act.

Luckily, the altar cloth failed to go up in flames with the initial blaze sputtering out soon afterwards – also scorching part of the carpet beneath. 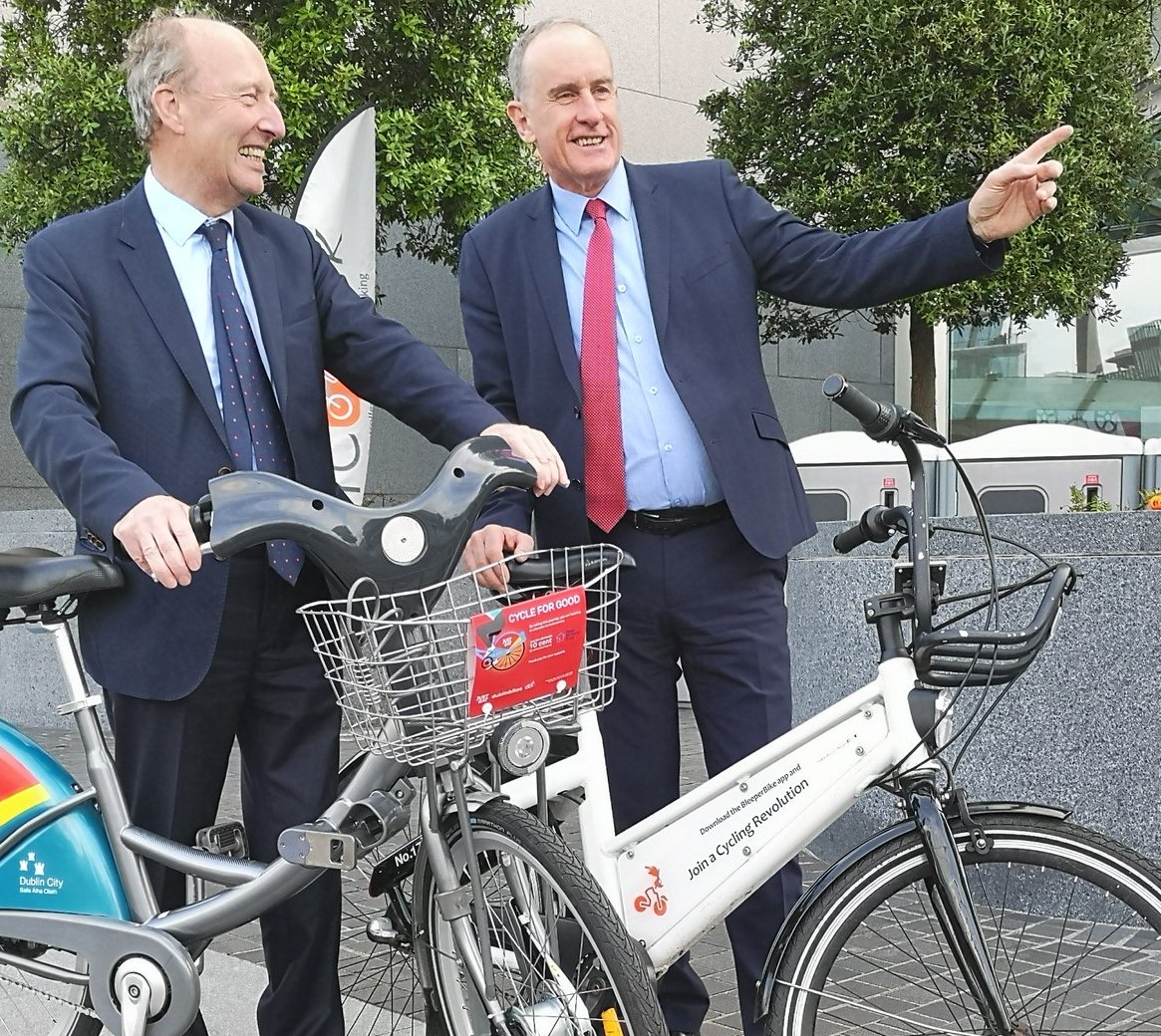 A major land-purchase programme, targeting church-owned and other institutional sites, is to be initiated by Dublin City Council within the next six months, council chief executive Owen Keegan has said.

Under the land-purchase programme, the council would focus on acquiring well-located sites, which were not currently zoned for housing to avoid paying a premium for residentially zoned lands. City councillors would then be asked to rezone the lands.

Last year the archdiocese of Dublin sought the rezoning of more than 30 churches in the city and their surrounding lands for housing.

However, Mr Keegan opposed the rezonings.

In a strongly worded statement at the time, the archdiocese said Mr Keegan’s recommendation was “short-sighted and unnecessarily restricts the diocese’s efforts to assist in meeting the city’s housing needs”.

Mr Keegan now says the council would be interested in acquiring some of these sites. 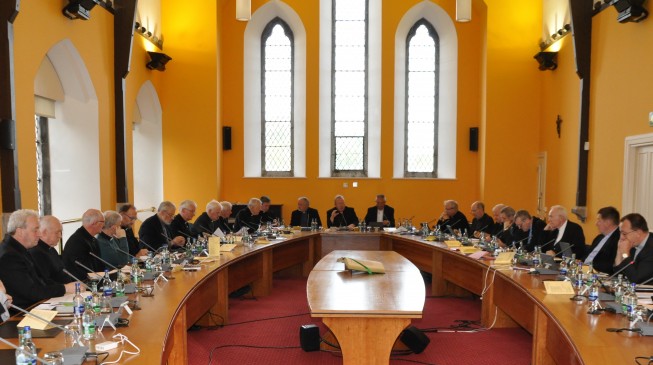 Catholic bishops have expressed concern over the ability of Catholic primary schools to preserve their ethos following the removal of the right of Catholic schools to admit baptised children first in the event of over-enrolment. The policy is called the “baptism barrier” by critics. Minority faith schools can still admit children of their own religion first in the event of over-enrollment.

The concerns are contained in records of meetings with Department of Education officials.

The Bishops “made it clear to the department that they are concerned about their ability to cater for the many parents who wish to continue to enrol their children in schools of Catholic ethos and the ability of those schools to be true to that ethos and their characteristic spirit”.

“We understand that this concern exists in relation to existing schools which, in accordance with the provisions of the Education (Admissions to Schools) Act 2018, cannot prioritise applicant children on the grounds of religion, and that where a school is oversubscribed, this can result in some Catholic children not getting a place in school while children who are not Catholic do get a place.

“We understand also that there is concern that such a situation could arise more frequently should the availability of places in schools of Catholic ethos in a given area decrease on foot of a reconfiguration of a school from Catholic to multi-denominational.

“While there are other challenges concerning curricular development, the admissions issue is a key issue for the IEC [Irish Episcopal Commission],” the record adds.