Northern Ireland sees a big jump in the number of abortions 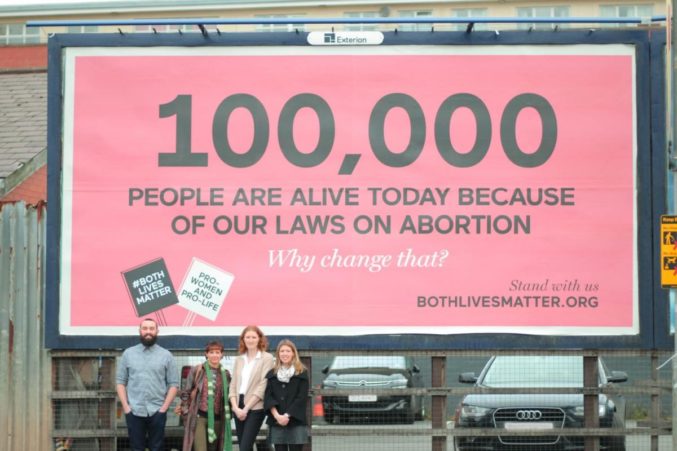 “100,000 people are alive today because of our laws on abortion, why change that?”, said a Northern Ireland-based billboard campaign in 2017. The Advertising Standard Authority found the claim was largely accurate. Now we can see how accurate the ad was, because a radical liberalisation of the North’s abortion law in March of last year has led to a big increase in the number of terminations there.

The previous, largely pro-life law was overturned by Westminster. From March 2020 until the beginning of June, the Department of Health received 1,624 notifications of abortions. This is a huge increase.

The abortion landscape in the North has changed tremendously over the last few years.

In 2016, 724 women from Northern Ireland had an abortion in England. But in June 2017, the British Government announced that it would fund abortions for women ordinarily resident in Northern Ireland and there has been a significant growth since the funding announcement: there were 919 cases in 2017 and 1,053 in 2018.

As the North’s mainly pro-life law was then suppressed, the numbers took a massive jump.

The latest figures (1,624) from the Department of Health refer to the March 2020 – May 2021 period. If we take into consideration that it covers 14 months, it is the equivalent of 116 average per month or 1,392 per year. A clear surge when compared to the past. This figure refers only to women who has abortions in the North. You need to add in those who went either to England or to the South for terminations.

Last year, 371 went to England and 36 to the Republic. This comes to 407. Adding that to 1,392 or so who had abortions in the North in the first 12 months of the operation of the new law, we arrive at a total of about 1,800. This represents a 66.5% increase in one year. This is the dramatic effect of the liberalisation.

In 2016, abortions amounts to 3pc of live births in Northern Ireland. In 2020, the figure was 8.6pc. There were more abortions and fewer births.

Even if we take into consideration that a number of abortions were not recorded, as they involved the use of illegal pills, it is implausible to deny that with liberalisation the rates went up.

We don’t have demographic details from the Department of Health of Northern Ireland, but the England and Wales report tells us that 89% of women who travelled there were single (50.8% single with partner). 15.1% of them had an abortion before, and 54.4% had given birth before.  40.3% identified as White British and 45.3% as White Irish. The official report of the Republic has no demographic details.

That billboard campaign was right. Thousands of lives were saved before Westminster imposed an extremely liberal abortion last year and, if the trend continues, many thousands more will die.