Submission to the NCCA concerning the draft SPHE/RSE programme 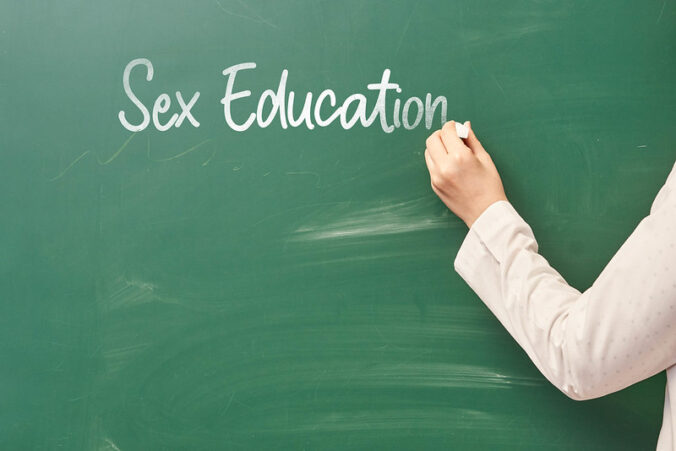 THE National Council for Curriculum and Assessment (NCCA) has recently published its draft programme for the Junior Certificate Social Personal and Health Education (SPHE) curriculum, which includes Relationships and Sexuality Education (RSE).

We have major concerns about what it proposes regarding pornography, consent and gender identity.

Specifically, we ask if the programme means schools will have to teach Junior Certificate pupils that:

– Pornography can have positive as well as negative aspects (which is what some Irish experts consulted by the State have said)?

–  Consent alone is enough to make a sexual act moral, and there is no need for a couple to either be married or in a committed relationship?

– A person’s ‘gender identity’ has no real relationship to their biological sex and anyone who wants to identify as ‘male’ or ‘female’ (or some other gender) can do so?

What follows is our own submission to this process.

The aim of the updated short course is ‘to nurture students’ self-awareness and positive self-worth and to develop the knowledge, understanding, skills, dispositions and values that will help them to create and maintain respectful and caring relationships and lead fulfilling and healthy lives.’

Response: We regard these aims as worthy in themselves.

The course is structured around four strands and three cross­cutting elements (see specification pp 9-16). Having considered these please give us your feedback on the proposed course outline.

Students will complete one Classroom-Based Assessment (CBA) as part of their learning in the SPHE short course. The proposed CBA for the updated short course is a portfolio of learning and is summarised as follows:

Students will choose three pieces of work, completed over time and linked to different strands of learning within the short course, and present these accompanied by a reflection on why each piece was chosen and how it marked important learning for the student in SPHE.

Do you think this is a suitable CBA for the updated SPHE short course? Please explain your answer.

Any further suggestions for how the draft updated SPHE course could be improved?

Response: We are concerned about a number of proposals in the draft, specifically those relating to ‘gender identity’, ‘consent’ and ‘pornography’. We will deal with these one by one.

Strand 1 of the draft (point 1.4) says the aim of the course is to ensure that pupils “appreciate that sexual orientation, gender identity and gender expression are core parts of human identity and that each is experienced along a spectrum”.

We believe it needs to be made totally clear to parents what this means, and what the NCCA has in mind. Does the NCCA now believe that biological sex and gender are two totally separate things? Does it want Junior Certificate pupils to be taught this? Does it want pupils taught that to be ‘male’ or ‘female’ is simply a matter of self-identification and has nothing to do with your biological body? How does the NCCA want the words ‘woman’ and ‘man’ defined?

Does the NCCA appreciate how controversial these topics are and that it is impossible to teach them in a value-neutral way? If the NCCA believes that gender is a choice (even if partly socially constructed) and has no intrinsic relationship to our bodies, then it is taking sides on this issue in a way many parents might find unacceptable. To judge from the SPHE draft outline, the NCCA seems to have come down firmly on the side of gender ideology.

To repeat, parents need to be fully and comprehensively informed about what gender ideology is, and its implications. This must be done in a way that is true to both sides of the argument.

Strand 3 says (point 3.7) students should be able to “appreciate the importance of giving and receiving consent in sexual relationships, from the perspective of building caring interpersonal relationships and from a legal perspective”.

This is laudable, but does it go far enough? For example, will schools be permitted to teach pupils that consent alone is not enough, and that two people should be in a committed, long-term relationship first, before they become sexually involved? Will religious schools be allowed to teach that the ideal setting for sexual relationships, in their view, is marriage?

Does the NCCA believe a couple does not have to be in a romantic relationship before having sex?

The HSE website, b4udecide.ie suggests reasons why young people should wait until they are older before having sex (although it only encourages they wait until they have reached the age of consent).

Crucially, we must ask again what parents want their children to be taught. Do they think a consent-alone approach is enough? Do they want them taught about the importance of being in a relationship first, or even being married first?

We note, in fact, that parents receive only two mentions in the NCCA’s SHPE document and in both cases it refers to them being informed about their children’s progress in learning the course rather than being properly informed and consulted about its content in the first place.

Strand 3 (point 3.9) says that students should be able to “investigate the influence of digital media (in particular, the influence of pornography) on young people’s understanding, expectations and social norms in relation to sexual expression”.

The aim is laudable, but how will it be accomplished? We note that some influential voices in discussions about RSE believe pornography can be positive as well as negative, this includes the ‘Active Consent Unit’ at NUI Galway which works in partnership with the Department of Justice and the Department of Further and Higher Education, Research, Innovation and Science.

For example, in a submission made in 2019 to the Joint Oireachtas Committee on Education and Skills about RSE,  two members of the team, Pádraig MacNeela ( a senior lecturer at NUI Galway) and Siobhán O’Higgins (who has worked for AIDS West, also State-funded) said: “pornography can have a positive impact in assisting with learning about sexual activity, [our italics]”, although they accept that “the scripts [from pornography] for sexual activity and role models that young people are exposed to do not map well on to the WHO definition of positive sexual health”.

The question therefore arises as to whether the NCCA believes pupils should be taught about pornography in a ‘value-neutral’ way that presents it as neither good nor bad as such but takes the approach that it can be either a positive or a negative influence depending on its content and how it is used?

Again, we ask, will parents be properly consulted about this? What do they want?

Conclusion: We believe that the NCCA must clarify how the three topics above are to be handled, what input parents will have, and to what extent school ethos will be respected? Any future draft must answer these questions clearly, and if not, allow schools plenty of latitude in how they approach these topics.