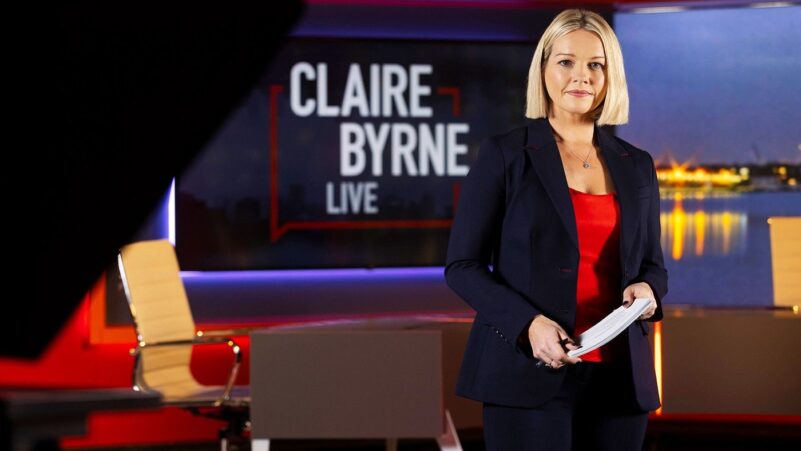 The campaign to legalise assisted suicide in Ireland is gathering pace. As with the abortion referendum, human stories are being used to win the public around to the proposition. This was very much the case on RTE’s Claire Byrne Live last Monday night. The result is that suicide is being normalised. Vulnerable people are being told that in certain circumstances, their lives aren’t really worth living anymore. It is a message of despair, not hope.

All three supported the introduction of assisted suicide.

In opposition to assisted suicide was Fr Brian Darcy, along with two doctors. They spoke well, but what they said lacked the emotional power of the three people with personal stories to tell. There is no question which side will have had more effect on the audience at home.

Organisations like the Samaritans issue extensive guidelines to the media on how suicide should be reported. One of the most important rules is that suicide should not be covered in a way that would make people relate to the circumstances of the people who killed themselves. The danger is that vulnerable people would be tempted to identify with the suicide victim and copy them.

Almost every debate about assisted suicide seems to completely ignore this danger. We hear about very sick people who want to commit suicide with the help of a doctor, and we are invited to sympathise with them and understand why they feel this way.

The message to everyone watching or listening to most of these debates and has a similar condition is to see assisted suicide as an acceptable way out.

One of the audience members on Monday night said he would never want to end up a burden to his children and that is why he supports assisted suicide.

But this is exactly what opponents warn against, namely that elderly and infirm people will come to view themselves as burdens and therefore will want to end their lives via a doctor-administered lethal substance.

Opponents also warn that if we permit assisted suicide for the terminally ill, the grounds will be expanded bit by bit. This is what has happened already in countries like Belgium and the Netherlands.

Curran is in Switzerland to be with an elderly couple who are going to end their lives in a euthanasia clinic there. Curran described the man in the couple as “quite sick”. The woman is not sick, he said, but doesn’t want to go on without her husband.

He was only mildly challenged by Claire Byrne.

The message to people at home was that if you don’t want to live on after your spouse has died, that is perfectly understandable. What a terrible thing to convey to people watching who might still be in mourning for a loved one.

The buzzwords for the night were “compassion” and “choice”, just like in the abortion campaign.

There are people who are seriously ill opposed to assisted suicide, but they were not on Claire Byrne Live. This is what made the debate so emotionally unbalanced, and also extremely dangerous.

No programme should ever discuss suicide, assisted or otherwise, in a way that might make it more likely. It should only ever be discussed in a manner that gives vulnerable people hope and the will to go on. No-one should ever be invited to feel like a burden.

RTE and other media organisations need to apply the general guidelines about coverage of suicide to assisted suicide as well. No-one should ever be invited, even if unintentionally, to despair, and no country should ever pretend that allowing doctors to administer lethal substances to those who want them is really being ‘compassionate’.