Why Governments should pay more attention to family stability 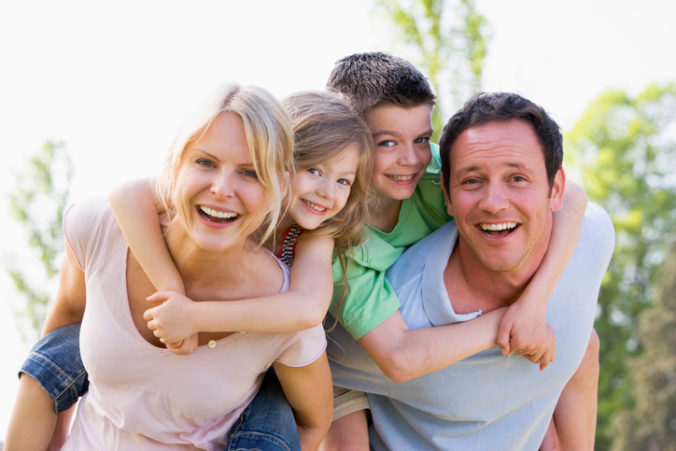 Almost half of children born in the UK in 2000 did not grow up with both of their biological parents throughout their childhood, according to a new report by the Children’s Commissioner, Rachel de Souza. This is because so many are born to lone parents, or else see their parents (married or cohabiting) separate.  This matters, because children benefit from being raised by their two birth parents in a stable, loving relationship.

The report, commissioned by the UK Government, is called ‘Family and its Protective Effects’.  It finds that while 44pc of those born in 2000 didn’t live with both their biological parents throughout their entire childhood, the figure for those born in 1970 was 21pc.

It says that 23pc of families in the UK are headed by a lone parent, compared with the EU average of one in 8.

Some children might start life with married or cohabiting parents, who then split up, but then later the mother or the father finds a new partner or marries again so the child is back in a two-adult household.

Married couple families are larger. Fifty-two percent of lone parents and 50pc of cohabiting parents have only one dependent child, compared to only 3pc of married couples.

Marriage is particularly strong in families of Asian descent, who also have low cohabitation rates, but 57pc of ‘Black Caribbean’ and 44pc of ‘Black African’ families are headed by a lone parent and also have lower marriage rates, compared to the rest of the population.

There are many factors influencing those rates. For example, the report finds that if the mother is from a lower socio-economic group, she is more likely to be a lone parent, but significantly, “religion explains more of the variation in marriage rates than mother’s age, ethnicity, socio-economic status, education, or region” (p. 20). In other words, religious people are more likely to be married.

If we consider families with dependent children, 55pc of non-religious households are headed by married parents, compared with 91pc of those who are Hindu, and 64pc who are Christians.

The report highlights the protective effect of the family in terms of the well-being of its members and long-term positive outcomes for children.

It acknowledges that children who suffer the separation of their parents are more likely to be disadvantaged across a range of outcomes including emotional well-being and education. It also notes that the impact of the parental separation depends on the level of conflict between parents. Referring to the studies of sociologist, Paul Amato, it says that when parental conflict is high, young adults have better outcomes if their parents separated, but when parental conflict is low, the reverse is true.

(We have covered those studies here and here).

Its greatest limit is that, while it stresses the importance of the quality of the relationships within the family, it does not give sufficient relevance to marriage itself.

“The quality of relationships between family members is more important for well-being than family structure.”, it says. Yes, but good outcomes for children are consistently associated with having married parents, so perhaps the study is going out of its way to appear non-judgemental.

Regardless of that fact, it would be good if the Government here had the wit to commission a similar study because a growing number of children in this country as well do not grow up with both of their parents throughout their childhood.